A sports agent is a legal representative (hence agent) for professional sports figures such as athletes and coaches. They procure and negotiate employment and endorsement contracts for the athlete or coach whom they represent. Because of the unique characteristics of the sports industry, sports agents are responsible for communications with team owners, managers, and other individuals. Also, they are responsible for making recommendations. In addition to finding income sources, agents often handle public relations matters for their clients. In some large sports agencies, such as IMG, Creative Artists Agency, Roc Nation Sports and Octagon, agents deal with all aspects of a client's finances, from investment to filing taxes.

Sports agents may be relied upon by their clients for guidance in all business aspects, and sometimes even more broadly. For example, hockey agents start recruiting clients as young as 15, allowing the agent to guide the athlete's career before the NHL draft, which happens usually at 18 years of age.

Due to the length and complexity of contracts, many sports agents are lawyers or have a background in contract law. Agents are expected to be knowledgeable about finance, business management, and financial and risk analysis, as well as sports. It is important for a sports agent to follow trends in sports. Other skills an agent must possess are excellent communication and negotiation skills. Agents must be highly motivated, willing to work long hours, and capable of multitasking. It is very common for agents to be in negotiations on behalf of several clients at one time. [1]

Some agents are part of large companies, and some are on their own. [2] The number of clients an individual agent can handle and how many clients his or her employing agency can handle in total are interdependent variables.

Before the 1990s, most football players did not use agents. In some cases, they used their parents as agents. Because of most parents' naivety about the football business, these young footballers were often given less-than-stellar contracts by football clubs, which yielded lower salaries than they thought they deserved. [3] In Sweden, there were only three licensed agents in 1995. [4] As of 2002, there were 33. According to FIFA, there were 5,187 licensed association football agents worldwide, with 600 agents in Italy alone. [5] Since 2001, agents have not been licensed by FIFA. Instead, agents are now licensed directly by each association.

The popularity of television shows such as Entourage , which stars a talent agent named Ari Gold, and Arliss , have helped glamorize the profession. [6] Prior to that, movies such as Jerry Maguire , Two for the Money , and Any Given Sunday depicted sports agents. In England, ITV's Footballers' Wives put a new spin on sports agents by casting a no-holds-barred female agent Hazel Bailey. The television show Ballers , which started in 2015, also shows a strong depiction of sports agents.

Due to the popularity of these works, there has been increase of attention in the profession. Former Prime Minister Tony Blair's son decided to become a football agent. [7]

There have been some efforts to transform the sports agency business from an individual, entrepreneurial business, to more of a corporate structure. These experiments met with varying degrees of longevity and success.

Some sports agency firms were once prominent, but are now gone or reorganized:

Leigh William Steinberg is an American sports agent. During his 41-year career, Steinberg has represented over 300 professional athletes in football, baseball, basketball, boxing, and Olympic sports. He has represented the No. 1 overall pick in the NFL draft a record eight times. Steinberg is often credited as the real-life inspiration of the sports agent from Cameron Crowe's film Jerry Maguire in 1996.

IMG, originally known as the International Management Group, is a global sports, events and talent management company headquartered in New York City. It has been owned by Endeavor and Silver Lake Partners since 2013. Trans World International (TWI) is the event company of IMG. 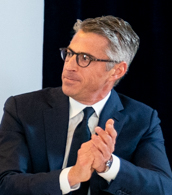 Casey Wasserman is an entertainment executive, and sports agent executive who owned the now defunct Arena League football team, the Los Angeles Avengers. Born Casey Myers, he is the son of the Los Angeles socialite and philanthropist Lynne Wasserman and Jack Myers. His parents were divorced and he took his mother's maiden name, which is also the last name of his famous grandfather Lew Wasserman. His sister's name is Carol Ann Leif. He is married to movie music supervisor Laura Ziffren. He headed the successful Los Angeles bid to host the 2028 Summer Olympics and became president of the Los Angeles Olympic Organizing Committee.

Jeffrey S. Moorad is an American businessman and investor. He began his career as a sports agent, before serving as General Partner and CEO of MLB's Arizona Diamondbacks, and Vice-Chairman and CEO of MLB's San Diego Padres.

Arn Herschel Tellem is vice chairman of the Detroit Pistons. From 1981 to 2015, he was a sports agent best known for his representation of basketball and baseball players. Tellem was vice chairman of the Wasserman Media Group, a global sport and entertainment marketing agency headed by Casey Wasserman. From 2009 to 2010, he wrote a semi-weekly sports column for The Huffington Post. He has also written for Sports Illustrated, the op-ed page of The New York Times, Grantland, Detroit Free Press and The Japan Times.

Professional Services Inc., (ProServ) was one of the first sports management firms. Initially focused on tennis, the company would grow to become among the world's largest sports marketing, athlete management, event production, and TV companies.

Gregory B. Genske is a lawyer and Major League Baseball Players Association certified player representative. In July 2020, Genske merged his GEM Agency with Gary Vaynerchuk's VaynerSports to create VaynerBaseball. Genske serves as VaynerBaseball's CEO and oversees all of VaynerSports' baseball player representation activities. In October 2019, Genske launched the GEM Agency in partnership with Hicks Equity Partners, the private equity arm of Tom Hicks and his family. Prior to launching GEM, Genske was Executive Director and President of Baseball for The Legacy Agency. Since 2015, Genske has served as a law professor at the University of California-Berkeley, his alma-mater, teaching classes on sports law, representing professional athletes and negotiations. In 2009, Genske was named to Sports Business Daily's prestigious 40 under 40 list.

Eugene E. Parker was an American sports agent, known for representing Deion Sanders, Emmitt Smith, and many other NFL athletes. Parker was named by Black Enterprise Magazine as one of the top 50 influential black people in sports, and was ranked 45th in the Sports Illustrated list of the top 101 most influential minorities in sports. For many, Parker was known to be the first African-American lawyer to pioneer into sports representation and went on to become one of the great American sports agents. Parker, known for his integrity, is the only sports agent with an official road named in his memorial. 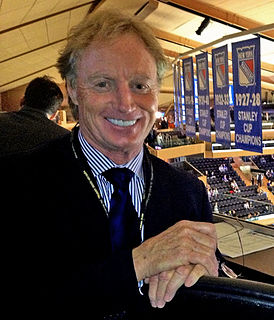 Michael G. Barnett is a Canadian ice hockey executive currently serving as Senior Advisor to the President-General Manager of the New York Rangers. He is best known in the world of hockey as a former agent representing sports icon Wayne Gretzky for two decades. He was listed among the "100 Most Powerful People In Sports" by The Sporting News on six occasions from 1994 to 2000. During his 12 years as President of International Management Group's hockey division, Barnett represented a who's who of the National Hockey League. Barnett negotiated the playing and marketing contracts for Wayne Gretzky, Brett Hull, Jaromir Jagr, Sergei Fedorov, Paul Coffey, Joe Thornton, Mats Sundin, Lanny McDonald, Grant Fuhr, Marty McSorley, Alexander Mogilny, Owen Nolan, Daniel Sedin and Henrik Sedin and numerous others. Whatever the form of contract, Barnett's creativity was legendary. His ingenuity in finding language that challenged the NHL's Collective Bargaining Agreement, in finding products and companies for his clients that were groundbreaking in their launches, and his perpetual attention to the public relations of his clients, were all hallmarks of his career in athlete representation. Following his two-decades as one of the most highly regarded agents in all of sports, Barnett went on to become the General Manager of the Phoenix Coyotes from 2001 to 2007.

David B. Falk is an American sports agent who primarily works with basketball players in the National Basketball Association (NBA). He began his career representing professional tennis players for Donald Dell's ProServ and is best known for representing sports icon Michael Jordan for the entirety of Jordan's career. Besides Jordan, Falk has represented more than 100 other NBA players, and is generally considered to be the most influential player agent the NBA has seen. During the peak years of Falk's career in the 1990s, he was often considered the second-most powerful person in the NBA behind Commissioner David Stern, and in 2000 he had at least one client on all but two NBA teams. He was listed among the "100 Most Powerful People in Sports" for 12 straight years from 1990 to 2001 by The Sporting News, and was also named one of the Top 50 Marketers in the United States by Advertising Age in 1995.

Allegiant Athletic Agency (a3) is an athletic agency that represents professional football (NFL) and Basketball players, as well as coaches. a3 is located in downtown Knoxville, Tennessee near the University of Tennessee. Most recently a3 has been in the news for representing Defensive Tackle Albert Haynesworth of the Washington Redskins. Haynesworth was represented by [Chad Speck] as he signed his contract in the free agency market that included the largest guaranteed package in NFL history.

Mark Steinberg is a sports agent who has been representing top golfers since 1992. He is a partner at Excel Sports Management. where he heads the professional golf division. Established in 2002, Excel Sports Management is a full-service sports management and marketing agency representing top athletes in professional basketball, baseball and golf. On June 6, 2011, Tiger Woods announced he would be going to Excel with Steinberg. Since that announcement, Steinberg has continued to build his division, including signing three-time PGA Tour winner Matt Kuchar and Danielle Kang.

Peter Schaffer is an American sports agent/lawyer who represents players in the National Football League, Major League Baseball, PGA Tour, the National Basketball Association, and the National Hockey League. He is founder and owner of Authentic Athletix, a Colorado-based sports agency, and is known for representing highly drafted players and marquee names. He also owns the Authentic Performance Center, a world-class athletic combine training facility in Denver. 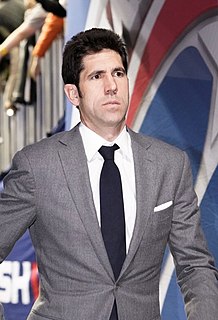 Robert Michael Myers is a basketball executive who is the president of basketball operations and general manager for the Golden State Warriors of the National Basketball Association (NBA). He is a former sports agent with Wasserman Media Group after interning with agent Arn Tellem. Myers played college basketball for the UCLA Bruins from 1993 to 1997. He was a member of their 1995 NCAA championship team. He served as a radio commentator for UCLA basketball for two seasons until 2002.

Mark Termini is a Cleveland, Ohio-based sports attorney and agent. His agency Mark Termini Associates Inc represents professional basketball players. He negotiated $1.4 billion in NBA contracts for the clients of the Klutch Sports Group from 2014 to 2019.

Wasserman is a sports marketing and talent management company based in Los Angeles. Casey Wasserman, CEO of Wasserman, founded Wasserman in 1998.

Austin Walton is an attorney and American sports agent who represents players in the National Basketball Association. He is the CEO and founder of Walton Sports Management Group, who represents Kent Bazemore of the Golden State Warriors.