Trade unions in the Netherlands

In 2001 about 25% of the Dutch people who were employed were organized in a union. There are three major unions: the Christian-democratic "Christelijk Nationaal Vakverbond (CNV)", the social-democratically oriented "Federatie Nederlandse Vakbeweging (FNV)" and the "Federation of Managerial and Professional Staff Unions (MHP)". All are federations of sector-based labour unions. The FNV is with about 1,4 million members [1] the largest of the three. The CNV has 350.000 [2] members and the MHP 160.000. [3] The FNV has 17 affiliate unions, the CNV 11 and the MHP 4.

The labour unions play a major role in the Dutch economy because, first, they bargain with employers' organizations over wages and working conditions (these deals are binding for all employed people), and second, they advise the government on economic legislation through its membership of the Social-Economic Council (SER). [4]

Traditionally Dutch labour unions were part of the pillarized structure of society. Each social group had a pillar: the Protestants (CNV), the Catholics (NKV, merged into FNV), the social-democrats (NVV, merged into FNV) and the syndicalists (NAS). 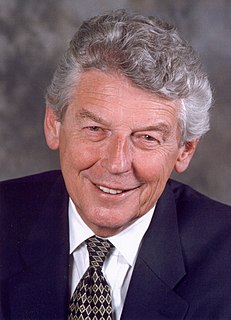 Willem "Wim" Kok was a Dutch politician of the Labour Party (PvdA) and trade union leader who served as Prime Minister of the Netherlands from 22 August 1994 until 22 July 2002.

The People's Party for Freedom and Democracy is a conservative-liberal political party in the Netherlands. The VVD, whose forerunner was the Freedom Party, supports private enterprise and economic liberalism.

The Christian National Trade Union Federation is a federation of trade unions of the Netherlands.

The Federation of Dutch Trade Unions is an national trade union centre in the Netherlands. In addition to member unions, workers in many sectors can join the FNV directly.

The Free-thinking Democratic League was a progressive liberal political party in the Netherlands. The VDB played a relatively large role in Dutch politics, supplying one Prime Minister, Wim Schermerhorn. The League is a predecessor of two of the major Dutch political parties, the conservative-liberal People's Party for Freedom and Democracy (VVD) and the social-democratic Labour Party (PvdA). The social-liberal Democrats 66 also claims that it and the VDB are ideologically connected.

The polder model is consensus decision-making, based on the acclaimed Dutch version of consensus-based economic and social policy making in the 1980s and 1990s. It gets its name from the Dutch word (polder) for tracts of land enclosed by dikes.

Ieke van den Burg was a Dutch politician and a Member of the European Parliament (MEP).

The Dutch Confederation of Trade Unions was a Dutch social-democratic trade union.

The Social and Economic Council is a major economic advisory council to the cabinet of the Netherlands. Formally it heads a system of sector-based regulatory organisations. It represents the social partners trade unions and employers' organisations. It forms the core organisation of the corporatist and social market economy known as the polder model and the main platform for social dialogue. 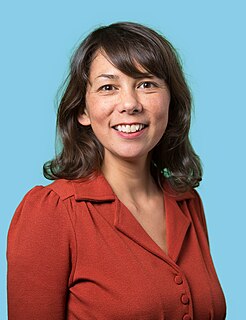 Pillarisation is the politico-denominational segregation of a society, or the separation of a society into groups by religion and associated political beliefs. These societies were "vertically" divided into two or more groups known as pillars. The best-known examples of this have historically occurred in the Netherlands and Belgium. 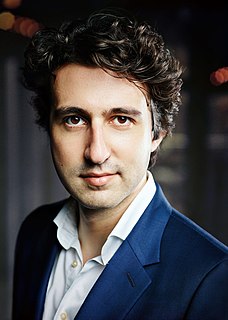 Jesse Feras Klaver is a Dutch politician serving as a member of the House of Representatives since 2010 and Leader of GroenLinks since 2015. Prior to this, he chaired the youth union of the Christelijk Nationaal Vakverbond from 2009 to 2010. 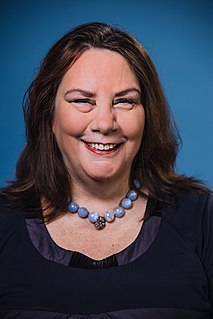 Agnes Jongerius is a Dutch trade unionist and politician who has been a Member of the European Parliament (MEP) for the Netherlands since July 2014. She is a member of the Labour Party, part of the Progressive Alliance of Socialists and Democrats. Between 1987 and 2012 she worked for the Federatie Nederlandse Vakbeweging, a trade union federation. She was chair of the federation between 2005 and 2012.

Natalia Liane den Haan is a Dutch politician and former nonprofit director. She has been leading the pensioners' party 50PLUS since late 2020, succeeding Henk Krol.

The Federation of Maritime Workers was a trade union representing sailors in the Netherlands.