A violin concerto is a concerto for solo violin (occasionally, two or more violins) and instrumental ensemble (customarily orchestra). Such works have been written since the Baroque period, when the solo concerto form was first developed, up through the present day. Many major composers have contributed to the violin concerto repertoire, with the best known works including those by Bach, Bartók, Beethoven, Brahms, Bruch, Dvořák, Mendelssohn, Khachaturian, Mozart, Paganini, Prokofiev, Sarasate, Shostakovich, Sibelius, Tchaikovsky, and Vivaldi.

Traditionally a three-movement work, the violin concerto has been structured in four movements by a number of modern composers, including Dmitri Shostakovich, Igor Stravinsky, and Alban Berg. [lower-alpha 1] In some violin concertos, especially from the Baroque and modern eras, the violin (or group of violins) is accompanied by a chamber ensemble rather than an orchestra—for instance, in Vivaldi's L'estro armonico , originally scored for four violins, two violas, cello, and continuo, and in Allan Pettersson's first concerto, for violin and string quartet.

Main article: List of compositions for violin and orchestra

The following concertos are presently found near the center of the mainstream Western repertoire. 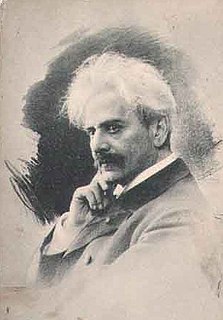 David Popper was a Bohemian cellist and composer.

Grigory Lipmanovich Sokolov is a Russian pianist naturalized Spanish. He is among the most esteemed of living pianists, his repertoire spanning composers from the Baroque period such as Bach, Couperin or Rameau up to Schoenberg and Arapov. He regularly tours Europe and resides in Italy.

F major is a major scale based on F, with the pitches F, G, A, B♭, C, D, and E. Its key signature has one flat. Its relative minor is D minor and its parallel minor is F minor. 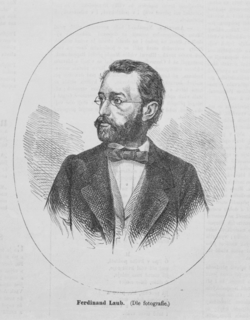 Ferdinand Laub was a Czech violinist and composer. 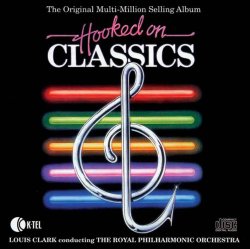 Hooked on Classics, produced by Jeff Jarratt and Don Reedman, is a multi-million selling album recorded by Louis Clark and the Royal Philharmonic Orchestra, published in 1981 by K-tel and distributed by RCA Records, part of the Hooked on Classics series.