The first season of play ended with a championship game, which was played in the rebuilding (post-Katrina) city of New Orleans, Louisiana and was hosted by the New Orleans Blaze. The game was between the St. Louis Slam (American Conference – St. Louis, MO) and the West Michigan Mayhem (National Conference – Kalamazoo, MI). The game came down to the last few plays and the St. Louis Slam became the first National Champions in the WFA with a final score of 21–14. Additionally, there was an International Game played between the upstart Aguilas Regias of Monterrey, Mexico and the hosting team, New Orleans Blaze. The Blaze won this game 12–0.

The WFA grew in the second year (2010) to have over 40 teams competing for the national championship. The national championship for the 2010 season was accompanied by the first All-American game. The term All-American is used by the WFA to represent the best players at all positions from all WFA teams. The teams were chosen partly based on statistics and partly based on the vote of head coaches. The All-American game was played just before the championship game in Las Vegas, Nevada and was hosted by the Las Vegas Showgirlz. The All-American game was won by the American Conference. The second championship in the WFA would again come down to the last few plays and have a score differential of only four points. The Lone Star Mustangs (American Conference – Dallas/Fort Worth) defeated the Columbus Comets (National Conference – Columbus, Ohio) to become the second National Champions of the WFA by a score of 16–12.

As the Women's Football Alliance prepared for the 2011 season, they were scheduled to have over 60 teams playing across the United States. They again grew due in part to new teams starting and in part due to established teams moving in from other leagues, most notably the New York Sharks, [1] D.C. Divas, [2] Chicago Force, [3] Dallas Diamonds, and Kansas City Tribe. [4] In the 2011 WFA championship, which was held in Bedford, Texas, the Boston Militia defeated the San Diego Surge 34–19 to claim the title.

The WFA opened the season with 60 teams. The 2012 WFA National Championship game took place at Heinz Field in Pittsburgh, Pennsylvania, home stadium of the NFL franchise Pittsburgh Steelers; it was the first women's football championship game to be played in an NFL stadium. [5] After losing the title game in the previous season, the San Diego Surge returned to win the 2012 championship 40–36 over the Chicago Force.

The WFA opened the season with 50 teams. Running back Whitney Zelee (Boston Militia) made headlines in 2013 by becoming the league's first player to surpass 2,000 rushing yards in a football season, setting a league record of 2,128 yards. [6] After losing the title game in the previous season, the Chicago Force returned to win the 2013 championship over the Dallas Diamonds 81–34 at Balboa Stadium, San Diego, California.

The WFA opened the season with 42 teams. The preseason was capped by the inaugural WFA International Bowl, in which the Mexican All-Stars defeated the Austin Outlaws in exhibition. The Boston Militia became the league's first two-time champion in 2014, winning 69–34 in a title rematch with the San Diego Surge at Lane Tech Stadium in Chicago, Illinois. During championship weekend, the league introduced a new mid-major bowl game: the Alliance Bowl. The Seattle Majestics of the American Conference faced the Indy Crash of the National Conference in a contest to "showcase of the depth of quality teams that exist in the Women's Football Alliance." [7] The Indy Crash prevailed 26–12. This season was also notable for the introduction of Kenneth Massey Ratings into the league's playoffs system.

The WFA opened the season with 40 teams, the fewest since the league was first established in 2009. The preseason concluded with the second WFA International Bowl Game Series, in which the Mexican All-Stars went 1–1, defeating the Tacoma Trauma before falling to the Seattle Majestics. The D.C. Divas defeated the Dallas Elite 30–26 in the WFA National Championship game at Los Angeles (Calif.) Southwest College Stadium. The Central Cal War Angels beat the Atlanta Phoenix 28–8 in the Alliance Bowl.

The WFA opened the season with 43 teams. Allison Cahill of the Boston Renegades reached a new milestone in sports by becoming the first quarterback to attain 100 victories playing exclusively in women's football leagues. [8] WFA executives launched a new, tiered league structure consisting of three divisions, similar to that of NCAA Football. They also announced the W Bowl as their new brand for the WFA National Championship game. With a 28–26 victory over the Dallas Elite, the D.C. Divas won the inaugural W Bowl and their second national championship in as many years. The St. Louis Slam downed the Tampa Bay Inferno 38–7 to claim the Division II championship. The Acadiana Zydeco defeated the Richmond Black Widows 20–18 in the Division III title game. All three games were played at Joe P. Michaela Stadium in Imperial, Pa.

The 2020 season of the Women's Football Alliance was cancelled in its entirety due to health and safety concerns in regards to the COVID-19 (Coronavirus) pandemic. [9] Although regular season games were scheduled, none were played.

The WFA signed deals with Eleven Sports/FTF Next Sports Network to broadcast ten 'WFA Game of the Week' events [10] and eight games from the 2019 season [11] on its cable network, streaming channels and website. They also established partnerships with Secret, Xenith, Wilson, Glazier Clinics, and Florida State University Interdisciplinary Center for Athletic Coaching.

The WFA established the Women's Football Coaching Alliance (WFCA), and the 'WFA Gives Campaign'. The league also witnessed the release of two feature films focused on its players, "Born To Play," directed by Viridiana Lieberman, and "Open Field," directed by Kathy Kuras. "Born To Play" aired nationally on ESPN and internationally on ABC to widespread critical acclaim. [12] 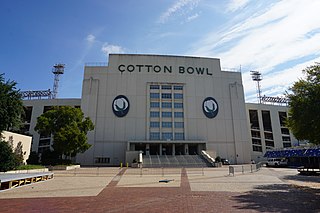 The Cotton Bowl is an outdoor stadium in Dallas, Texas, United States. Opened in 1930 as Fair Park Stadium, it is on the site of the State Fair of Texas, known as Fair Park. 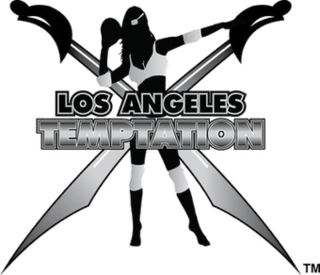 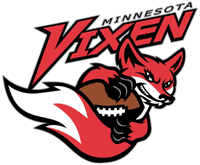 The Pittsburgh Passion is a women's American football team based in the Pittsburgh metropolitan area. The franchise was formed in March 2002 and is currently owned by Teresa Conn, Anthony Misitano, and Franco Harris. The team is a part of the Women's Football Alliance, with home games played at West Allegheny High School in Imperial, Pennsylvania.

The Dallas Diamonds was a women's professional American football team in the Women's Football Alliance (WFA). The Diamonds were made up of 46 players and a coaching staff of 10. The Diamonds won four national championships; the first three were all obtained during their membership in the Women's Professional Football League (WPFL) which was dissolved in 2008, and the fourth was in their first season in the Independent Women's Football League. 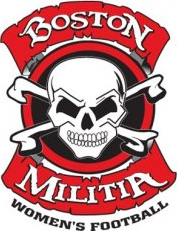 The Boston Militia were a women's full-contact football team in the Women's Football Alliance of which they were two-time champions. Previously, the Militia played in the Independent Women's Football League from 2008 until 2010, winning the IWFL championship in 2010. Based in Boston, Massachusetts, the Militia played its home games at Dilboy Stadium in nearby Somerville.

The Kansas City Tribe is a football team in the Women's Football Alliance based in Kansas City, Missouri. Home games are played at Center High School.

The Orlando Anarchy are a women's American football team based in the Orlando, Florida area. They currently play in the Women's Football Alliance. They play their home games at Trinity Preparatory School in the city of Winter Park, FL.

The First Responder Bowl is an NCAA post-season college football bowl game played annually in the Dallas, Texas, area. The bowl was first held on January 1, 2011, and since 2014 has been contested in late December. The bowl was held at the Cotton Bowl in Fair Park in Dallas through the 2018 game. Since the Cotton Bowl was being used for the 2020 NHL Winter Classic and was not available, the 2019 edition of the bowl was played at Gerald J. Ford Stadium on the campus of Southern Methodist University (SMU) in nearby University Park, Texas. The 2020 game is also scheduled to be played at Gerald J. Ford Stadium at SMU.

The Cowboys–Steelers rivalry is a rivalry in the NFL. The Cowboys currently lead the all-time series 17–16. The two teams met in the Super Bowl three times. They play in different conferences, they only meet once every four regular seasons and occasionally in the preseason. 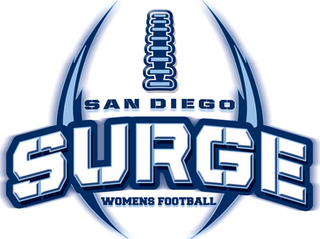 The San Diego Surge is a team of the Women's Football Alliance that began play in the 2011 season. Home games for the 2012 season will be played at Santana High School in Santee California. In past seasons, the Surge played at Marauder Stadium on the campus of Mira Mesa Senior High School.

The 2012 Women's Football Alliance season was the fourth season of the Women's Football Alliance, a league of 64 teams. The regular season began on Saturday, April 2, and ended on Saturday, June 18. After the playoffs, which fielded 12 teams in each conference instead of the 8 that were fielded in the 2011 season, the season ended with the WFA Championship Game on Saturday, August 4 at Heinz Field in Pittsburgh, Pennsylvania, home of the Pittsburgh Steelers. The game was shown live on ESPN3, the first time a live women's football game has been shown on a major network. In the championship, the San Diego Surge defeated the Chicago Force 40–36, winning its first championship, having lost the previous year to the Boston Militia.

The Dallas Elite Women's Football team is an American women's tackle football team playing in Division I of the Women's Football Alliance (WFA). The team, based in and around Dallas, Texas, was founded in 2014. The Dallas Elite reached the playoffs and national championship game three years in a row, 2015-2017. They defeated the Boston Renegades 31-21 at Highmark Stadium in Pittsburgh on July 22, 2017 to win the WFA Division I National Championship. Although they missed the playoffs in 2018 and 2019, the team earned a playoff berth in 2021.