The Zebop! Tour (also known as The Zebop Concert '81) [1] was the sixteenth concert tour by Santana supporting the Zebop! album.

Santana spent 1981 promoting Zebop! by touring in North America, Europe, and Asia. As well as playing at sporting venues and theaters, the group performed at nightclubs. The group started the year off with a huge 76-date tour of North America, followed by a brief tour of Japan with Masayoshi Takanaka. The band then flew to the United States to do seven concerts in California, and a tour of Europe soon followed. After the European tour concluded, the group opened for the Rolling Stones at the Pontiac Silverdome in Pontiac, Michigan in December.

During the Japanese tour, after visiting the Zōjō-ji temple in Tokyo, Carlos Santana's wife Deborah confessed to him that in early 1976, their guru Sri Chinmoy asked her to get an abortion. [2] Carlos was saddened by this news, and they both parted ways with Chinmoy. [3] [4] Deborah's sister Kitsaun King also left the guru's path, and Dipti Nivas, a restaurant in San Francisco the Santanas helped create in September 1973, was sold. [5]

Live material from 1981 has appeared on the following:

An average set list of this tour is as follows: [7] 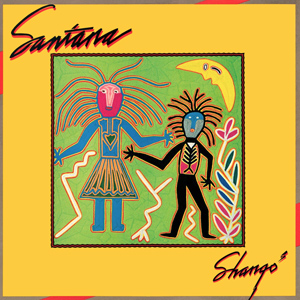 Shangó is the thirteenth studio album by Santana. The album reached #22 on the Billboard 200 album charts. The single "Hold On" from the album reached number fifteen in the U.S. Billboard Hot 100 singles chart and number seventeen on Billboard's Top Tracks chart. A second single from the album, "Nowhere to Run", peaked at number sixty six on the Hot 100 chart and number thirteen on the Mainstream Rock chart and a third single reached number thirty four in the Mainstream Rock chart.

Marathon is the eleventh studio album by Santana. This marked the beginning of the group's commercial slide, in spite of having the Top 40 hit "You Know That I Love You". Alex Ligertwood, who would sing with the group throughout the 1980s, joined the group for this album. 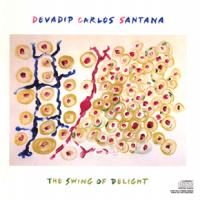 The Swing of Delight is a 1980 double album by Carlos Santana. It was released under his temporary Sanskrit name Devadip Carlos Santana, given to him by Sri Chinmoy. It peaked at #65 on the charts. 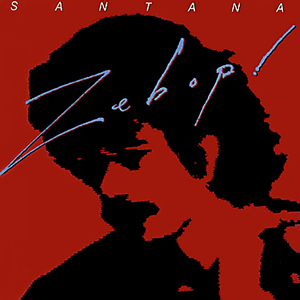 Zebop! is the 12th studio album by American rock band, Santana. The album had several releases, and various different color cover backgrounds, including pink and red. The album featured "Winning", one of Santana's last commercial hits until 1999 release, Supernatural. 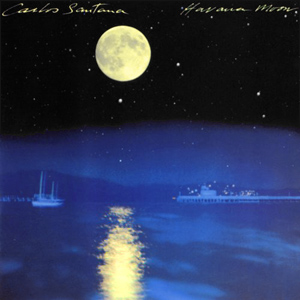 Havana Moon is a 1983 album by Carlos Santana released as a solo project.

Blues for Salvador is a 1987 album by Carlos Santana, dedicated to his wife, Deborah Santana. The record was released by Carlos Santana as a solo project, not with the Santana band. It won the 1989 Grammy Award for Best Rock Instrumental Performance, his first Grammy ever.

Santana European Tour 1978 was a concert tour of Europe by Santana, supporting the just released Inner Secrets album. The opening act for all of the shows was the Devadip Orchestra, a short-lived group led by Carlos Santana. The tour started on 30 October 1978 at Wembley Arena in London, England and ended on 10 December 1978 at Marché aux Fleurs in Nice, France.

The Freedom Tour was the twenty-first concert tour by Santana, supporting their album Freedom.

During the last quarter of 1979, American rock band Santana toured Australia, Japan and the United States in support of their album Marathon. Eddie Money toured with the group through October 28.

Santana US Tour 1980 was a short concert tour of the United States by American rock band Santana.

Santana Europe Tour '80 was a concert tour of Europe by American band Santana in 1980.

The Beyond Appearances Tour was the twentieth concert tour by American rock band Santana from 1984 to 1986. 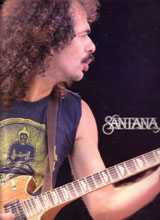 A 25–Year Celebration Tour was the twenty-fifth concert tour by Santana in 1991, celebrating their 25th anniversary as a band.

The Shangó Tour was the seventeenth concert tour by Santana supporting their album Shangó.