Public education began in Panama soon after separating from Colombia in 1903. In 1906, the Panama College was found by Methodists. Nowadays it is called the Panamerican Institute. The first efforts were guided by a paternalistic view of the goals of education, as evidenced in comments made in a 1913 meeting of the First Panamanian Educational Assembly: "The cultural heritage given to the child should be determined by the social position he will or should occupy. For this reason, sex education should be different in accordance with the social class to which the student should be related." This elitist focus changed rapidly under United States influence. [3]

By the 1920s, Panamanian education subscribed to a progressive educational system, explicitly designed to assist the able and ambitious individual in search of upward social mobility. Successive national governments gave a high priority to the development of a system of (at least) universal primary education. In the late 1930s, as much as one-fourth of the national budget went to education. Between 1920 and 1934, primary-school enrollment doubled. Adult illiteracy, more than 70 percent in 1923, dropped to roughly half the adult population in scarcely more than a decade. [3]

By the early 1950s, adult illiteracy had dropped to 28 percent. The rate of gain had also declined and further improvements were slow in coming. The 1950s saw essentially no improvement; adult world life illiteracy was 27 percent in 1960. There were notable gains in the 1960s, however, and the rate of adult illiteracy dropped 8 percentage points by 1970. According to 1980 estimates, only 13 percent of Panamanians over 10 years of age were illiterate. Men and women were approximately equally represented among the literate. The most notable disparity was between urban and rural Panama; 94 percent of city-dwelling adults were literate but less than two-thirds of those in the countryside were—a figure that also represented continued high illiteracy rates among the country's Indian population. [3]

From the 1950s through the early 1980s, education enrollments expanded faster than the rate of population growth as a whole and, for most of that period, faster than the school-age population. The steepest increases came in secondary and higher education enrollments, which increased ten and more than thirty times respectively. By the mid-1980s, primary school enrollment rates were roughly 113 percent of the primary-school-aged population. Male and female enrollments were relatively equal overall, although there were significant regional variations. [3]

Enrollments at upper levels of schooling had increased strikingly in relative and absolute terms since 1960. Between 1960 and the mid-1980s, secondary-school enrollments expanded some four-and-a-half times and higher education nearly twelve-fold. In 1965, fewer than one-third of children of secondary school age were in school and only 7 percent of people ages 20 to 24 years. In the mid-1980s, almost two-thirds of secondary-school-age children were enrolled, and about 20 percent of individuals ages 20 to 24 years were in institutions of higher education. [3]

Currently Panama has an overall literacy rate of more than 94%. [4]

The preschool level is aimed at children between 4 and 5 years old; There are two stages of education, pre-kindergarten and kindergarten, both with a duration of 1 year each.

The elementary level has a duration of 6 years and is aimed at students between the ages of six and twelve. Basic subjects such as Spanish, English, Mathematics, Natural Science, Social Science, Arts, Music, Technology, Physical Education, Home Education and Agriculture are taught.

The next stage is the pre-media cycle with a duration of 3 years, aimed at students between 12 and 15 years of age. At the end of this level the student receives the Certificate of General Basic Education. The objective is to favor that all students of school age reach, according to their potential, the full development of their abilities and skills to be able to follow their professional or work path. The areas of study are: Spanish, Geography, History, Civics, Science, Technology, Typing, Arts, Industrial Arts, Music, Mathematics, Notions of Commerce and Accounting, Physical Education, Agriculture and English.

It lasts 3 years (or 2 years in alternative schools) and is aimed at students between 15 and 18 years old. At the end of this stage the student receives the High School Diploma in one of the following modalities:

The modality is chosen by the student just before the end of pre-media, and it cannot be changed afterwards, except in rare circumstances.

Among the State Superior Institutes are:

Among the private higher institutes are:

Education in Portugal is free and compulsory until the age of 18, when students complete their year 12. The education is regulated by the State through the Ministry of Education. There is a system of public education and also many private schools at all levels of education. The first Portuguese medieval universities, such as the University of Coimbra, were created in the 13th century, and the national higher education system is fully integrated into the European Higher Education Area.

In recent years the Government of Egypt has given greater priority to improving the education system. According to the Human Development Index (HDI), Egypt is ranked 115 in the HDI, and 9 in the lowest 10 HDI countries in the Middle East and Northern Africa, in 2014. With the help of the World Bank and other multilateral organizations Egypt aims to increase access in early childhood to care and education and the inclusion of Information and Communication Technology (ICT) at all levels of education, especially at the tertiary level. The government is responsible for offering free education at all levels. The current overall expenditure on education is about 12.6 percent as of 2007. Investment in education as a percentage of GDP rose to 4.8 in 2005 but then fell to 3.7 in 2007. The Ministry of Education is also tackling a number of issues: trying to move from a highly centralized system to offering more autonomy to individual institutions, thereby increasing accountability. 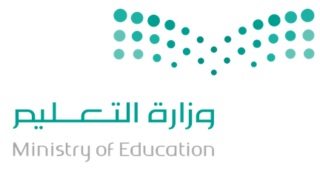 Education in the Palestinian Territories refers to the educational system in Gaza and the West Bank administered by the Palestinian Ministry of Education and Higher Education. Enrollment rates amongst Palestinians are relatively high by regional and global standards. According to a youth survey in 2003, 60% between the ages 10–24 indicated that education was their first priority. Youth literacy rate is 98.2%, while the national literacy rate is 91.1%. Enrollment ratios for higher education were 46.2% in 2007, among the highest in the world. In 2016 Hanan Al Hroub was awarded the Varkey Foundation Global Teacher Prize for her work in teaching children how to cope with violence. 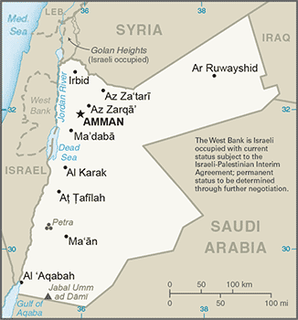 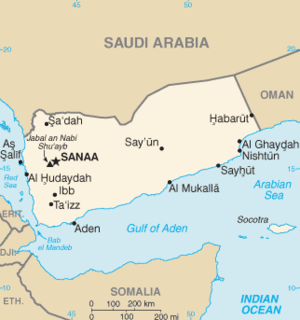 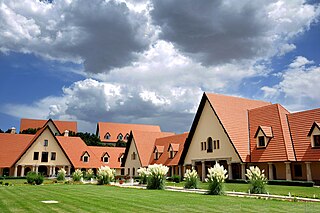 The education system in Morocco comprises pre-school, primary, secondary and tertiary levels. School education is supervised by the Ministry of National Education, with considerable devolution to the regional level. Higher education falls under the Ministry of Higher Education and Executive Training.

The State of Kuwait, located at the head of the Persian Gulf, supports an educational policy that seeks to provide opportunity to all children, irrespective of their social class, including children with special needs. Kuwait was ranked 63rd on the Human Development Index report for 2011 by the United Nations Development Programme, placing Kuwait above the regional average. 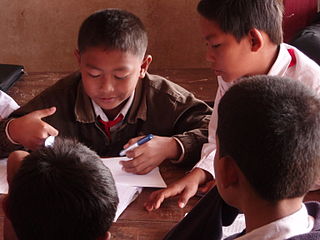 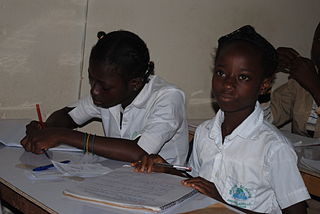