In geology (and sometimes in archaeology), a high island or volcanic island is an island of volcanic origin. The term can be used to distinguish such islands from low islands, which are formed from sedimentation or the uplifting of coral reefs [1] (which have often formed on sunken volcanos).

There are a number of "high islands" which rise no more than a few feet above sea level, often classified as "islets or rocks", while some "low islands", such as Makatea, Nauru, Niue, Henderson and Banaba, as uplifted coral islands, rise several hundred feet above sea level.

The two types of islands are often found in proximity to each other, especially among the islands of the South Pacific Ocean, where low islands are found on the fringing reefs that surround most high islands. Volcanic islands normally arise above a hotspot.

High islands above a certain size usually have fresh groundwater, while low islands often do not, so high islands are more likely to be habitable. 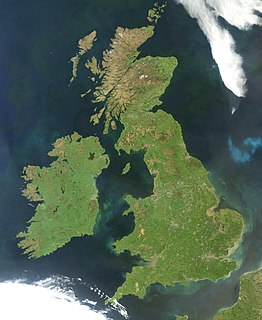 An island or isle is any piece of sub-continental land that is surrounded by water. Very small islands such as emergent land features on atolls can be called islets, skerries, cays or keys. An island in a river or a lake island may be called an eyot or ait, and a small island off the coast may be called a holm. Sedimentary islands in the Ganges delta are called chars. A grouping of geographically or geologically related islands, such as the Philippines, is referred to as an archipelago.

Nauru is a tiny phosphate rock island nation located in the South Pacific Ocean south of the Marshall Islands in Oceania. It is only 53 kilometres (33 mi) south of the Equator at coordinates 0°32′S166°55′E. Nauru is one of the three great phosphate rock islands in the Pacific Ocean—the others are Banaba in Kiribati and Makatea in French Polynesia.

An atoll, sometimes called a coral atoll, is a ring-shaped coral reef including a coral rim that encircles a lagoon partially or completely. There may be coral islands or cays on the rim. The coral of the atoll often sits atop the rim of an extinct seamount or volcano which has eroded or subsided partially beneath the water. The lagoon forms over the volcanic crater or caldera while the higher rim remains above water or at shallow depths that permit the coral to grow and form the reefs. For the atoll to persist, continued erosion or subsidence must be at a rate slow enough to permit reef growth upward and outward to replace the lost height. 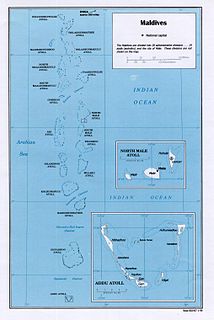 In marine geology, a guyot, also known as a tablemount, is an isolated underwater volcanic mountain (seamount) with a flat top more than 200 m (660 ft) below the surface of the sea. The diameters of these flat summits can exceed 10 km (6.2 mi). Guyots are most commonly found in the Pacific Ocean, but they have been identified in all the oceans except the Arctic Ocean. 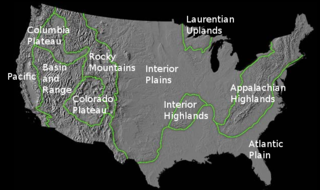 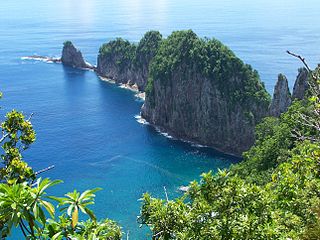 The National Park of American Samoa is a national park in the United States territory of American Samoa, distributed across three islands: Tutuila, Ofu, and Ta‘ū. The park preserves and protects coral reefs, tropical rainforests, fruit bats, and the Samoan culture. Popular activities include hiking and snorkeling. Of the park's 13,500 acres (5,500 ha), 9,000 acres (3,600 ha) is land and 4,500 acres (1,800 ha) is coral reefs and ocean. The park is the only American National Park Service system unit south of the equator. 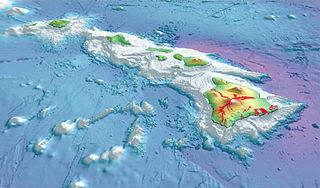 The fifteen volcanoes that make up the eight principal islands of Hawaii are the youngest in a chain of more than 129 volcanoes that stretch 5,800 kilometres (3,600 mi) across the North Pacific Ocean, called the Hawaiian–Emperor seamount chain. Hawaiʻi's volcanoes rise an average of 4,572 metres (15,000 ft) to reach sea level from their base. The largest, Mauna Loa, is 4,169 metres (13,678 ft) high. As shield volcanoes, they are built by accumulated lava flows, growing a few meters or feet at a time to form a broad and gently sloping shape.

A low island is, in geology, an island of coral origin. The term applies whether the island was formed as a result of sedimentation upon a coral reef or of the uplifting of such islands. The term is used to distinguish such islands from high islands, whose origins are volcanic.

A coral island is a type of island formed from coral detritus and associated organic material. They occur in tropical and sub-tropical areas, typically as part of coral reefs which have grown to cover a far larger area under the sea.

The Marianas Trench Marine National Monument is a United States National Monument created by President George W. Bush by the presidential proclamation no. 8335 on January 6, 2009. The monument includes no dry land area, but protects 95,216 square miles (246,610 km2) of submerged lands and waters in various places in the Mariana Archipelago. The United States could create this monument under international law because the maritime exclusive economic zones of the adjacent Northern Mariana Islands and Guam fall within its jurisdiction. 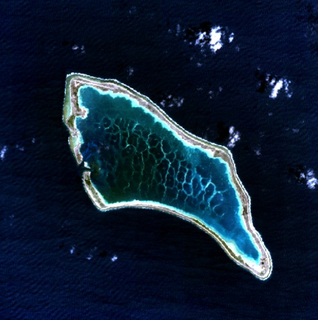 The Structure and Distribution of Coral Reefs, Being the first part of the geology of the voyage of the Beagle, under the command of Capt. Fitzroy, R.N. during the years 1832 to 1836, was published in 1842 as Charles Darwin's first monograph, and set out his theory of the formation of coral reefs and atolls. He conceived of the idea during the voyage of the Beagle while still in South America, before he had seen a coral island, and wrote it out as HMS Beagle crossed the Pacific Ocean, completing his draft by November 1835. At the time there was great scientific interest in the way that coral reefs formed, and Captain Robert FitzRoy's orders from the Admiralty included the investigation of an atoll as an important scientific aim of the voyage. FitzRoy chose to survey the Keeling Islands in the Indian Ocean. The results supported Darwin's theory that the various types of coral reefs and atolls could be explained by uplift and subsidence of vast areas of the Earth's crust under the oceans. 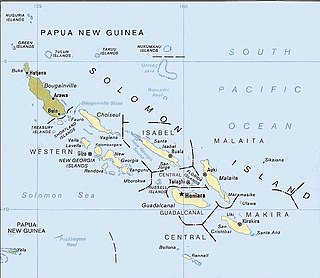 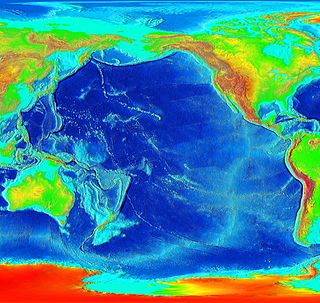 The geology of Guam formed as a result of mafic, felsic and intermediate composition volcanic rocks erupting below the ocean, building up the base of the island in the Eocene, between 33.9 and 56 million years ago. The island emerged above the water in the Eocene, although the volcanic crater collapsed. A second volcanic crater formed on the south of the island in the Oligocene and Miocene. In the shallow water, numerous limestone formations took shape, with thick alternating layers of volcanic material. The second crater collapsed and Guam went through a period in which it was almost entirely submerged, resembling a swampy atoll, until structural deformation slowly uplifted different parts of the island to their present topography. The process of uplift led to widespread erosion and clay formation, as well as the deposition of different types of limestone, reflecting different water depths.