Indian soap operas (or Indian serials in Indian English) are soap opera or serials written, produced and filmed in India, with characters played by Indians with episodes broadcast on Indian television. [4]

The most common languages in which Indian serials are made in are Hindi, Telugu, Marathi, Gujarati, Bengali, Tamil, Kannada, Odia, Assamese, Malayalam and Punjabi, though many contain a mix of the predominant language and English.

India's first soap opera was Hum Log , which first aired in 1984 [11] and concluded with 154 episodes, was the longest running serial in the history of Indian television at the time when it ended. It had an audience of 60 million. [12] Every episode was about 25 minutes long, and the last episode was about 55 minutes. At the end of every episode, veteran Hindi film actor Ashok Kumar would discuss the ongoing story and situations with the audience using Hindi couplets and limericks. In later episodes, he would introduce the actors who played characters in the serial and end his monologue with the Indian language versions of the words "Hum Log."

Crime shows also started being produced and aired. Adaalat was an Indian television courtroom drama series which revolves around 'Advocate K.D. Pathak', a defense lawyer with an impeccable track record of winning cases and setting helpless innocent victims free, but not at the cost of upholding the truth and C.I.D., follows a team of detectives belonging to the Crime Investigation Department in Mumbai. The protagonist of the show is Shivaji Satam. C.I.D. is the longest-running crime TV series in India. [13]

. During the 2010s, as more women began working, they fell out of favor of the general public. Today, there are no daytime soap operas on any mainstream channel. [14] Currently, the four major networks that air primetime soap operas with nationwide following are Star Plus, Colors TV, Zee TV and Sony SAB. [15]

Porus, a historical drama, based on the Indian king Porus, premiered on Sony Entertainment Television on 27 November 2017 and ended on 13 November 2018. It is currently the most expensive show in Indian history, with a budget of over 500 crores.

Soaps affect Indian society, with regard to national integration, identity, globalisation, [16] women, ethics and social issues in rural areas.[ citation needed ] The first Indian soap opera, Hum Log , began as a family planning program, and although it quickly turned its focus to entertainment, it continued to embed pro-development messages which provided a model of utilizing the television serial as an "edutainment" method that was followed by countries around the world. [17]

A 2007 study of cable coming to rural India showed that it led to "significant decreases in the reported acceptability of domestic violence towards women and son preference, as well as increases in women's autonomy and decreases in fertility." It also "found suggestive evidence that exposure to cable increases school enrollment for younger children, perhaps through increased participation of women in household decision-making." [18] [19]

Indian soap operas were popular in Pakistan and Indian entertainment channels are widely watched, due to the mutual intelligibility between Urdu and Hindi. [20] [21] The Supreme Court of Pakistan has banned the showing of Indian films and soap operas. [22] The British Broadcasting Corporation has reported that cable television operators in Pakistan often violate the ban and air Indian television serials due to the high popularity and demand for these in Pakistan, and Indian television shows make up nearly 60 percent of all foreign programmes broadcast in Pakistan. [23]

In June 2006, Pakistani comedian Rauf Lala participated and won the comedy television show, The Great Indian Laughter Challenge but could not be followed by fellow Pakistanis as the show was not allowed to be aired. [24] An official has commented that "Bollywood [and Indian television soaps] have invaded our homes". [25]

Indian television shows have contributed heavily to the Sanskritisation of Urdu in Pakistan, and it has been reported that many Hindi words such as namaste (नमस्ते), maharani (महारानी) and chinta (चिंता), which have been an inherent part of Sanskritized Hindi, have entered standard usage in Pakistan due to the influence of these soaps and Bollywood movies. [26]

The viewing of Indian soaps has become so popular that mainstream newspapers such as the Pakistan Tribune often have feature articles on the shows. [27] Since satellite connections offer uninterrupted coverage of Indian shows, many people have bought these to watch the programmes. [28]

Anti-Indian sentiment is reported in Pakistan and the two countries have fought four wars. However, the effect of Indian soap operas and Bollywood have resulted in an increase in how "favourably an ordinary Pakistani views [India and] Indians." Certain Indian tourists to Pakistan have said that people are particularly friendly if one is from India. [29]

After the ban on Indian shows, Turkish shows became popular in Pakistan and occupied the place Indian contents had.

On 27 October 2018 The Supreme Court of Pakistan has reintroduced the ban on Indian content on local channels in the country. The channels like Filmazia, Urdu1 had shutdown Indian content for appropriate period of time. [30] [31]

Kahaani Ghar Ghar Kii is a Hindi-language Indian soap opera on Indian television which ran on Star Plus from 16 October 2000 to 9 October 2008. The soap opera was created by Ekta Kapoor and was produced by her production company Balaji Telefilms which starred Sakshi Tanwar

Kasautii Zindagii Kay is an Indian television series created by Ekta Kapoor's Balaji Telefilms on Star Plus. The show starred Shweta Tiwari, Cezzane Khan later replaced by Hiten Tejwani, Ronit Roy and Urvashi Dholakia who portrayed Prerna Sharma, Anurag Basu, Rishabh Bajaj and Komolika Majumdar. The show explored the story of the star crossed lovers Anurag and Prerna. The various stages of their love and life as well as the lives of their children, grandchildren and at the end, great-grandchildren.

Hiten Tejwani is an Indian television actor. He is known for his work in several fictional popular soaps and participation in the reality series Bigg Boss 11. 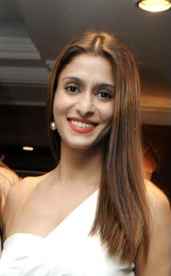 Shilpa Saklani is an Indian actress. She is known for her role as Ganga Sahil Virani in Kyunki Saas Bhi Kabhi Bahu Thi and Vidhi in Jassi Jaissi Koi Nahin. She was a contestant on the reality show Bigg Boss 7. She was also seen as Queen Ratnaprabha in Chandrakanta and Roma Kapoor in Kaleerein. She was last seen as Vrinda in Vish Ya Amrit: Sitara. 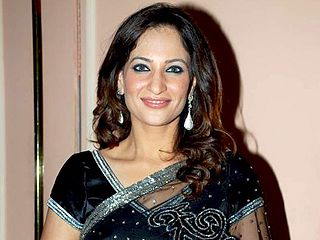 Akashdeep Saigal is an Indian television actor known for his portrayal of Ansh Virani and Eklavya Virani in Kyunki Saas Bhi Kabhi Bahu Thi as well as participating in Bigg Boss 5.

Achint Kaur is an Indian television and Cinema actresses and is best known for playing the antagonists Mandira and Pallavi in Ekta Kapoor's Indian soap operas Kyunki Saas Bhi Kabhi Bahu Thi and Kahaani Ghar Ghar Kii, respectively, on Star Plus. She is also the voice behind Shenzi character played in the movie The Lion King. She was also seen playing a mother and a mother-in-law in the serial Jamai Raja.

Amar Upadhyay is an Indian television actor and model known for his roles of Mihir Virani and Dharam Suryavanshi in the long-running soap operas Kyunki Saas Bhi Kabhi Bahu Thi and Saath Nibhaana Saathiya respectively, both of which aired on Star Plus. He was a contestant on the reality show Bigg Boss 5 in 2011. 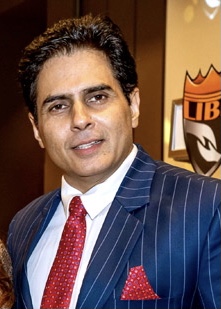 Aman Verma is an Indian television anchor and actor. As an anchor, Verma is best known for hosting the game show Khullja Sim Sim on Star Plus from 2001 to 2004. His other hosting duties were with Mini Mathur in the first season of Indian Idol on Sony TV and Zee TV's Zee Cinestars. He has also acted in Bollywood movies. Verma was also seen in Life OK's show Hum Ne Li Hai- Shapath as ACP Diler Kumar. He also participated in the ninth season of Indian reality series Bigg Boss.

Nivedita Basu is an Indian television producer who worked as Creative Director at Balaji Telefilms. Nivedita turned producer in 2015 and owns a celebrity cricket team on the television reality show Box Cricket League.

Rucha Gujarathi is an Indian Bollywood, television actress and model. She has acted in several Bollywood movies, soap operas, music albums and reality shows. She also acted as a child artist in several movies. She is best remembered for her lead role as "Suhana" in Hindi language soap opera Bhabhi on Star Plus.

Kamalika Guha Thakurta is an Indian television actress who hails from West Bengal. She made her debut with Mujhe Chaand Chahiye and found success with Kyunki Saas Bhi Kabhi Bahu Thi.

The Star India v Leo Burnett case was heard before the Bombay High Court in 2003. The case revolved around using the TV show Kyunki Saas Bhi Kabhi Bahu Thi as a basis for a Tide detergent commercial and whether this violated copyright law. 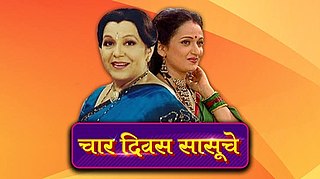 Char Divas Sasuche is an Indian Marathi soap opera that aired on ETV Marathi. It is the second longest running Indian serial with over 3,147 episodes. It was premiered on November 2001 and ended on 5 January 2013. It was directed by Khalil Herekar