The most well known organisations of seven-a-side football are International Football Association 7, IFA7 and the Federation International of Football 7, FIF7. [4] 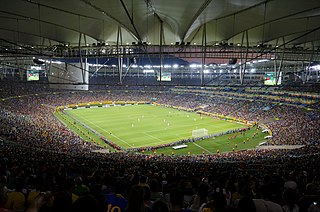 Football is the most popular sport in Brazil and a prominent part of its national identity. The Brazil national football team has won the FIFA World Cup tournament five times, the most of any team, in 1958, 1962, 1970, 1994 and 2002. Brazil and Germany are the only teams to succeed in qualifying for all the World Cups for which they entered the qualifiers; Brazil is the only team to participate in every World Cup competition ever held. It is among the favourites to win the trophy every time the competition is scheduled. After Brazil won its third World Cup in 1970, they were awarded the Jules Rimet Trophy permanently. Brazil has also won an Olympic Gold Medal, at the 2016 Summer Olympics held in Rio de Janeiro.

Steven Bryce Valerio is a former Costa Rican footballer. Bryce was well known throughout his career for his versatility, playing as an attacking midfielder, winger, striker or right back, as needed; and possessing good skills, pace, and strength.

Five-a-side football is a variation of association football and a version of minifootball in which each team fields five players. Other differences from football include a smaller pitch, smaller goals, and a reduced game duration. Matches are played indoors, or outdoors on artificial grass pitches that may be enclosed within a barrier or "cage" to prevent the ball from leaving the playing area and keep the game constantly flowing.

The Costa Rican Football Federation, commonly known as FEDEFUTBOL or FEDEFUT, is the official association football governing body in Costa Rica and is in charge of the Costa Rica national football team.

The following are the association football events of the year 2008 throughout the world. 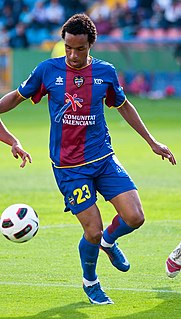 Valmiro Lopes Rocha, known as Valdo, is a Cape Verdean professional footballer who plays for Spanish club CD Izarra mainly as a winger.

Osvaldo Fabián Nicolás "Nico" Gaitán is an Argentine professional footballer who plays for the Argentina national team, mainly as an attacking midfielder. 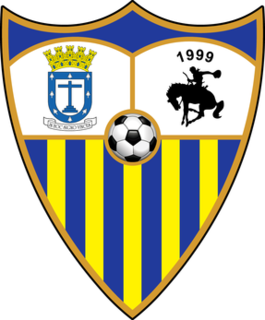 Bayamón Fútbol Club is a Puerto Rican football club. The team is based in Bayamón and founded in 1999. They play their home games at Bayamón Soccer Complex. The club is a member of David Villa's DV7 Soccer Academy.

Edite Cristiana Fernandes is a Portuguese footballer who plays for CF Benfica of the Campeonato Nacional de Futebol Feminino. She is a former captain of the Portugal women's national football team, who scored a national record 39 goals in the 132 caps she accumulated between 1997 and 2016.