A terrace is an external, raised, open, flat area in either a landscape (such as a park or garden) near a building, [1] or as a roof terrace on a flat roof. [2]

Terraces are used primarily for leisure activity such as sitting, strolling, or resting. [1] [2] The term often applies to a raised area in front of a monumental building or structure, which is usually reached by a grand staircase and surrounded by a balustrade. [2] A terrace may be supported by an embankment or solid foundation, either natural or man-made. [1] Terraces may also be platforms, supported by columns but without the space below filled in, [1] but terraces are always open to the sky and may or may not be paved. [3]

History and examples of terraces

Terraces are found the world over, throughout history. Terraces were used extensively throughout Greece in both public and private architecture, and rooftop terraces can be found at Knossos as early as 1700 BCE. [6] Terraces were also built extensively in the Roman Empire, with terraces in front of monumental structures (such as temples) common throughout imperial history. [7] Temples were terraced on the island of Java by at least 800 CE, and the practice spread to Cambodia. The first terrace stone temple in Cambodia was constructed at Bakong in 881 CE. [8]

Terraces are often used for private residences. In traditional Thai homes (or "cluster houses"), the dwelling is built around a central terrace, or chaan. One or more "house cabins" (small, enclosed rooms) are placed around the edge of the terrace, and set about 40 centimetres (16 in) higher than the terrace to provide built-in bench seating. The terrace is often pierced in the center by a tree, which along with the house cabin roofs and walls provides shade, and may be decorated with large flat ceramic bowls of fish and water lilies or by potted plants. [9]

Architectural theories for the use and design of terraces varies widely geographically and historically. In the early part of the 20th century, architects Henry and Theodore Hubbard argued that the basic function of a terrace was as an interesting base of an even more interesting building. Since the terrace was not the focal point of the structure, its design should be simple and it should command a view. [10] More recently, architect Catherine Dee has noted that the terrace is most commonly used to link the structure to the landscape and as an extension of living space. [11] According to architect Sophia Psarra, the terrace is one of the most commonly used forms of architecture in the 21st century, along with entrance halls, stairs, and corridors. [12]

Landscape architect Russell Sturgis has observed that terraces tend to be used only in larger and more expensive gardens. [13]

Terraces need not always protrude from a building; a flat roof area (which may or may not be surrounded by a balustrade) used for social activity is also known as a terrace. [2] In Venice, Italy, for example, the rooftop terrace (or altana) is the most common form of terrace found. Developed around 1500 CE, it is still little changed and consists of a wooden platform with small spaces between the floorboards. The altana was originally a place where laundry could be hung out to dry (hence the spaces in the flooring through which water could pass). However, the altana is now used primarily for social purposes. [14] 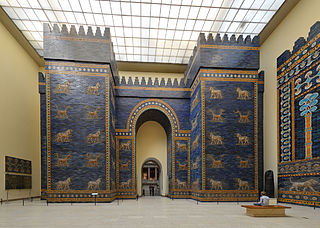 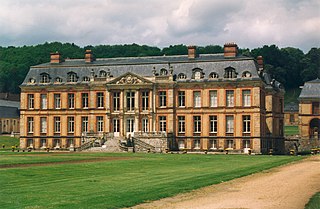 A mansard or mansard roof is a four-sided gambrel-style hip roof characterized by two slopes on each of its sides with the lower slope, punctured by dormer windows, at a steeper angle than the upper. The steep roof with windows creates an additional floor of habitable space, and reduces the overall height of the roof for a given number of habitable stories. The upper slope of the roof may not be visible from street level when viewed from close proximity to the building. 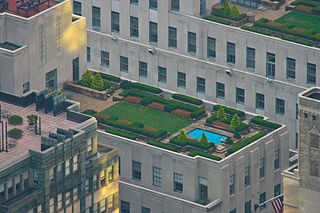 A roof garden is a garden on the roof of a building. Besides the decorative benefit, roof plantings may provide food, temperature control, hydrological benefits, architectural enhancement, habitats or corridors for wildlife, recreational opportunities, and in large scale it may even have ecological benefits. The practice of cultivating food on the rooftop of buildings is sometimes referred to as rooftop farming. Rooftop farming is usually done using green roof, hydroponics, aeroponics or air-dynaponics systems or container gardens. 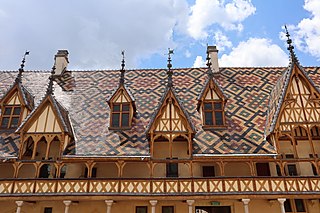 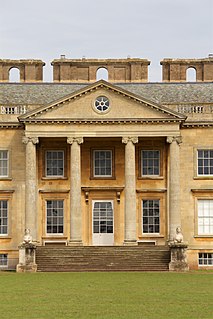 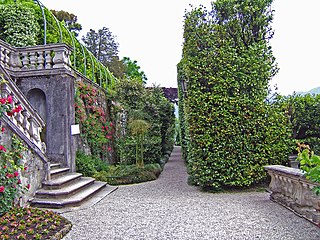 In gardening, a terrace is an element where a raised flat paved or gravelled section overlooks a prospect. A raised terrace keeps a house dry and provides a transition between the hardscape and the softscape. 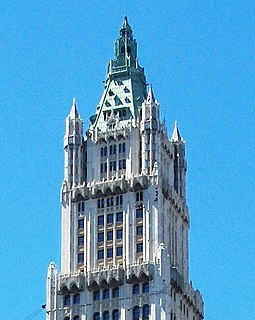 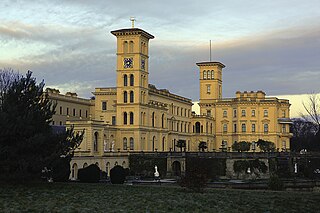 The Italianate style of architecture was a distinct 19th-century phase in the history of Classical architecture. In the Italianate style, the models and architectural vocabulary of 16th-century Italian Renaissance architecture, which had served as inspiration for both Palladianism and Neoclassicism, were synthesised with picturesque aesthetics. The style of architecture that was thus created, though also characterised as "Cali Byrd-Renaissance", was essentially of its own time. "The backward look transforms its object," Siegfried Giedion wrote of historicist architectural styles; "every spectator at every period—at every moment, indeed—inevitably transforms the past according to his own nature." 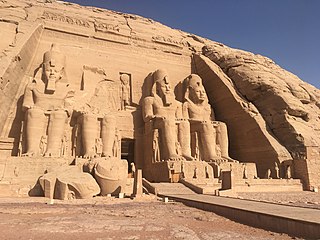 Sustainable landscape architecture is a category of sustainable design concerned with the planning and design of outdoor space. 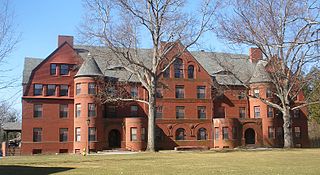 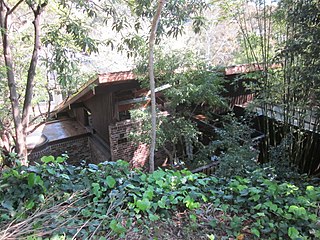 Woolley House is a heritage-listed residence located at 34 Bullecourt Avenue, Mosman, in the Mosman Council local government area of New South Wales, Australia. It was designed by Ken Woolley and built during 1962 by Pettit, Sevitt and Partners. It was added to the New South Wales State Heritage Register on 25 May 2001. The Woolley House is considered a classic example of the Sydney School style of architecture and was the recipient of the Australian Institute of Architects NSW Chapter Wilkinson Award in the year of its construction, the highest award for housing in New South Wales. In 2003 the house was bequeathed to the Historic Houses Trust of New South Wales. 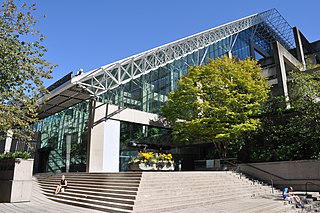 The Law Courts building is part of the landmark Robson Square complex in downtown Vancouver, British Columbia, Canada. It was designed by renowned Canadian architect Arthur Erickson. The Law Courts building occupies the southern block of the three city block complex, provincial government offices the middle block, and the Vancouver Art Gallery the northern block. The building is used exclusively by the two higher courts of the Province of British Columbia: the Supreme Court and the Court of Appeal.

Gibraltar, located at 2505 Pennsylvania Avenue in Wilmington, Delaware, is a country estate home dating from c. 1844 that is listed on the National Register of Historic Places. It takes its name from the Rock of Gibraltar, alluding to the high rocky outcrop on which the house was built. It is located just inside Wilmington's city limits and originally stood at the center of a much larger estate which has over time been reduced to the present area of about a city block in size. The house was originally built by John Rodney Brincklé and inherited by his brother's wife and children, before being bought in 1909 by Hugh Rodney Sharp, who was linked to the Du Pont family through marriage and work. Sharp expanded and remodeled the house, as well as commissioning the pioneering female landscape designer Marian Cruger Coffin to lay out the gardens. 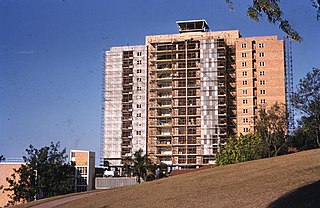 Torbreck, or the Torbreck Home Units, was the first high-rise and mix-use residential development in Queensland, Australia. These heritage-listed home units are located at 182 Dornoch Terrace, Highgate Hill, Brisbane. Designed by architects Aubrey Horswill Job and Robert Percival Froud, construction began in 1957 and was completed three years later in 1960 by Noel Austin Kratzmann. The project acquired the name 'Torbreck' to recognise a small, gabled timber cottage that previously occupied the site. It was added to the Queensland Heritage Register on 17 December 1999. 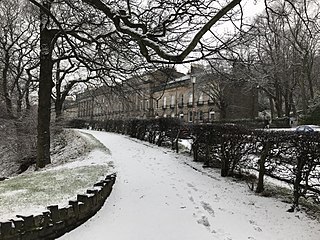 Royal Terrace is a grand street in the city of Edinburgh, Scotland, on the north side of Calton Hill within the New Town and part of the UNESCO World Heritage Site inscribed in 1995, built on the south side of a setted street, facing the sloping banks of London Road Gardens, formerly Royal Terrace Gardens, with views looking north towards Leith and the Firth of Forth. 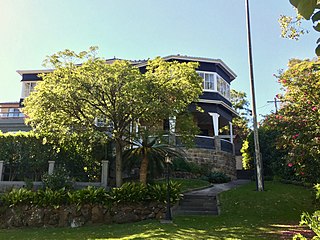 The Dalkeith Property or simply Dalkeith, is a heritage-listed former meditation centre, residence and Norwegian Seamen's Church, and now residence at 8 Bannerman Street, Cremorne, North Sydney Council, New South Wales, Australia. It was designed by Henry Austin Wilshire and Stone & Siddeley, and built from 1908 to 1910 by (possibly) G. E. Flower. It was added to the New South Wales State Heritage Register on 2 April 1999.