The university traces its roots back to 1804, when Lt. Governor Edmund Fanning and the Legislative Council of Prince Edward Island called for the establishment of Kent College. By 1820, the first Kent College building, known as "the National School", or James Breading's School was erected. Later succeeded by Central Academy, which received a Royal Charter in 1834.

During the COVID-19 pandemic, UPEI received a $500,000 grant from the Public Health Agency of Canada's Immunization Partnership Fund to develop and implement the Island Vaccine Education Program, intended to increase uptake of COVID-19 vaccines among vulnerable families. [6]

On 8 May 2004 Canada Post issued 'University of Prince Edward Island, 1804-2004' as part of the Canadian Universities series. The stamp was based on a design by Denis L'Allier and on a photograph by Guy Lavigueur. The 49¢ stamps are perforated 13.5 and were printed by Canadian Bank Note Company, Limited. [3]

UPEI's campus, located at the corner of Belvedere and University Avenues in Charlottetown, Prince Edward Island's capital city, is built on 134 acres (54 hectares) of land. The Confederation Trail runs alongside its eastern boundary.

Original SDU buildings in the central quadrangle have been renovated to retain integrity of their exterior aesthetic design while meeting modern standards. Main Building, built in 1854, and Dalton Hall, built between 1917 and 1919, are on the registry of Historic Places of Canada. [7] [8]

The War Memorial Hall (more generally known as Memorial Hall) is a landmark building on the campus of UPEI. Built as a men's residence building in 1946, Memorial Hall honours alumni who had enlisted and died in the First World War, and in the Second World War. [9]

In October 2004, the UPEI administration undertook an official campus plan to improve the aesthetics of modern buildings constructed since the amalgamation which do not enhance the original SDU design, and to take overall campus aesthetics into account for future developments on and adjacent to the campus.

Master's and Doctoral degree programs were first introduced through the Atlantic Veterinary College and, beginning in 1999, a Master of Science degree was offered through the Faculty of Science. In that same year the first students were admitted to the university's new Master of Education program. As of 2010, in addition to the MEd graduate program, the Faculty of Education offered a PhD in Educational Studies. The university also now offers a Master of Arts in Island Studies. Recently the Faculty of Business Administration began offering an Executive Master of Business Administration degree. Since 1998, The Centre for Conflict Resolution Studies has been offering courses leading to a Certificate in Conflict Resolution Studies. The Master of Applied Health Services Research (MAHSR) program is coordinated by the Atlantic Research Training Centre (ARTC).

The Faculty of Education offers one-year (12 months) post-degree bachelor's degrees with specializations in international, adult, and indigenous education, French immersion and human resources development, a Master of Education (MEd) in leadership in learning, and a PhD in Educational Studies.

The Department of Applied Human Sciences has an accredited dietitian program. The university is accredited by a professional organization such as the Dietitians of Canada and the university's graduates may subsequently become registered dieticians.

In Maclean's 2023 Guide to Canadian Universities, UPEI was ranked eighth in the publication's category for "primarily undergraduate" Canadian universities. [14]

UPEI manages over $17 million in annual research expenditures. [16] The on-campus biosciences and health research facility is used by researchers from UPEI, National Research Council (Canada), and Agriculture and Agri-Foods Canada. [10]

UPEI houses the L.M. Montgomery Institute, founded in 1993, which promotes scholarly inquiry into the life, works, culture, and influence of the Canadian writer, L.M. Montgomery. The collection of novels, manuscripts, texts, letters, photographs, sound recordings and artifacts and other Montgomery ephemera. [17]

The UPEI Panthers have nine teams playing in the Atlantic University Sport (AUS) and the Canadian Interuniversity Sport (CIS), including men's and women's ice hockey, soccer, basketball, as well as women's field hockey and rugby union and co-ed swimming.

The UPEI campus provides its students with many athletics amenities typically found on university campuses. The CARI Complex is a public recreation facility located on the campus and includes two hockey rinks (the MacLauchlan Arena as well as a practice rink) as well as two 25-metre swimming pools (a shallow recreational wading pool, and an eight-lane competitive pool with diving boards). [18] [19] In 2009 UPEI inaugurated the UPEI Alumni Canada Games Place [20] which was built in part to host the 2009 Canada Games. It consists of a "class 2" eight-lane 400-metre running track and rugby field that has spectator seating for 1,335.

UPEI accommodates 434 students in three residences, Bill and Denise Andrew Hall, Blanchard Hall, and Bernardine Hall. Bill and Denise Andrew Hall has two-room suites with single bedrooms. [21] In Blanchard Hall, each suite has two single bedrooms with a kitchenette and a living room. [22] Bernardine Hall (known as "Bernie" to the students) offers suites with two double bedrooms and a shared bathroom. Although the hall is co-ed, one floor is female-only. [23]

In 2015 each of the first five presidents were recognized as Founders of the University. [24]

Being a long-standing university and college in the Maritime province of Prince Edward Island (called the Cradle of Confederation) UPEI/SDU/PWC have been in a position to provide education to a long list of people who have gone to notable achievements. The most well known graduate (of Prince of Wales College) is Lucy Maude Montgomery, author of "Anne of Green Gables" and other books. The most distinguished Saint Dunstan's graduate may be James Charles McGuigan, Cardinal-Priest of Santa Maria del Popolo in Rome.

Following is a partial list of Past Honorary Degree Recipients from UPEI: [26]

Catherine Sophia Callbeck is a Canadian retired politician and the current and ninth Chancellor of the University of Prince Edward Island. 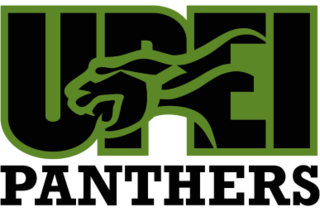 The UPEI Panthers are the men's and women's athletic teams that represent the University of Prince Edward Island in Charlottetown, Prince Edward Island, Canada. The UPEI Panthers have teams playing in the Atlantic University Sport (AUS) conference of the U Sports, including men's and women's ice hockey, soccer, basketball, cross country running as well as women's rugby. The women's field hockey team competes in an Atlantic league where the winner is then allowed to compete in the U Sports playoffs. UPEI also offers a club-level men's rugby team. 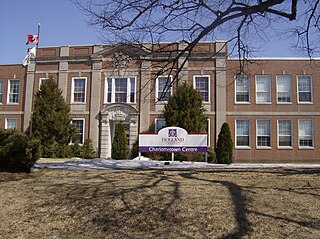 Donald Alexander MacKinnon was a Canadian teacher, lawyer, politician, author, and the eighth Lieutenant Governor of Prince Edward Island from 1904 to 1910.

John Paul Connolly is a Canadian former educator and politician. 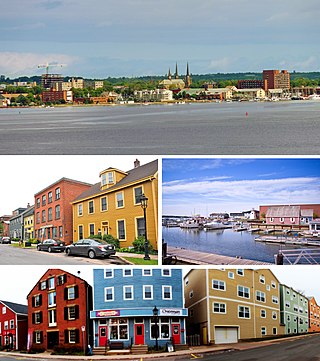 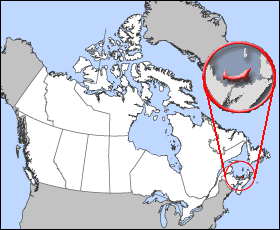 Harry Frank Lewis, is a Canadian broadcaster and politician who served as the 28th lieutenant governor of Prince Edward Island, as viceregal representative of Queen Elizabeth II of Canada in the Province of Prince Edward Island. He held the position from August 15, 2011, until October 20, 2017, and was succeeded by Antoinette Perry who was appointed on September 14, 2017.

H. Wade MacLauchlan CM OPEI, is a Canadian legal academic, university administrator, politician and community leader. He served as the fifth president of the University of Prince Edward Island from 1999 to 2011, becoming president emeritus in 2012. He served as the 32nd premier of Prince Edward Island from 2015 to 2019. His government was defeated in the April 23, 2019 general election. MacLauchlan announced his intention to step down as Liberal leader on 26 April 2019, and completed his term as Premier on 9 May 2019.

The Prince Edward Island Older Boys' Parliament was a youth model parliament for boys aged 16 to 21 in the province of Prince Edward Island established in 1955. Like most of the provincial youth parliaments in Canada, the PEIOBP was established in conjunction with the provincial Boys’ Work Board, a primarily Christian-based organization consisting of various Protestant churches and related organizations. Prior to the establishment of the PEIOBP, delegates from the province would attend the Maritime Youth Parliament.

Charles William John Eliot, commonly known as Willie Eliot or C.W.J. Eliot, was a Canadian academic and university administrator. Best known for being the third President of the University of Prince Edward Island, Eliot also served as President of the Classical Association of Canada and Chair of the Association of Atlantic Universities, among other positions. He was a member of the Order of Canada and was posthumously recognized as a founder of the University of Prince Edward Island. 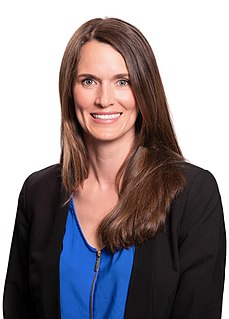 The 2020 U Sports Women's Ice Hockey Championship was scheduled to be held March 12–15, 2020, in Charlottetown, Prince Edward Island, to determine a national champion for the 2019–20 U Sports women's ice hockey season. The tournament was cancelled after two semi-final games had been played due to the COVID-19 pandemic. Despite the cancellation, the 2020 U SPORTS women’s hockey championship was named the SCORE! Event of the Year by PEI Amateur Sport.

Histories of the University

Wikimedia Commons has media related to University of Prince Edward Island .
This page is based on this Wikipedia article
Text is available under the CC BY-SA 4.0 license; additional terms may apply.
Images, videos and audio are available under their respective licenses.