A border checkpoint is a place, generally between two countries, where travelers or goods are inspected. Authorization often is required to enter a country through its borders. Access-controlled borders often have a limited number of checkpoints where they can be crossed without legal sanctions. Arrangements or treaties may be formed to allow or mandate less restrained crossings (e.g. the Schengen Agreement). Land border checkpoints (land ports of entry) can be contrasted with the customs and immigration facilities at seaports, international airports, and other ports of entry.

Checkpoints are usually staffed by a uniformed service (sometimes referred to as customs service or border patrol agents).

The Schengen Borders Code, which forms part of the law of the European Union, defines some terms as follows (particularities with respect to the EU are left out, in order to emphasize general usability of those definitions): [3]

These definitions mean that a place where a road crosses an internal Schengen border is legally not a "border crossing point".

Busiest checkpoints in the world

This is a list of the busiest land border checkpoints in the world, handling more than 35 million travelers in both directions annually. These travelers (or individual crossings) comprise pedestrians, drivers and vehicle passengers. International border checkpoints are in green.

This is a list of the busiest seaports in the world, with proper customs, immigration and quarantine facilities to be deemed as maritime checkpoints. Although figures simply represent total passenger traffic, most (if not, all) of the passengers served at these ports are bound for other countries and have to pass through checkpoint (i.e. the port is not a domestic one). This list only includes ports that handle more than 4 million passengers annually. 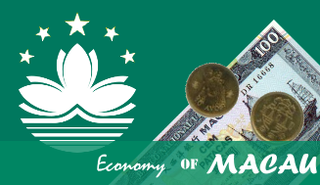 Transport in Macau includes road, sea, rail and air transport. Road transport is the primary mode of transport within Macau, although a new rail system opened in December 2019 serving the areas of Taipa and Cotai. The main forms of public transport are buses and taxis. 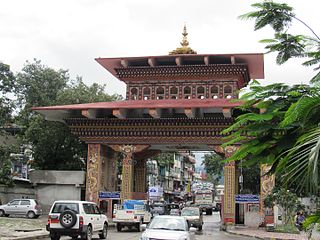 Border control is the measures taken by a state or a bloc of states to monitor its borders and regulate the movement of people, animals, and goods across the border.

In general, a port of entry (POE) is a place where one may lawfully enter a country. It typically has border security staff and facilities to check passports and visas, and inspect luggage to assure that contraband is not imported. International airports are usually ports of entry, as are road and rail crossings on a land border. Seaports can be used as ports of entry only if a dedicated customs presence is posted there. The choice of whether to become a port of entry is up to the civil authority controlling the port. 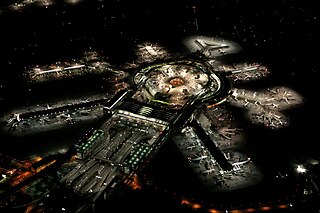 Huanggang Port or the Lok Ma Chau Control Point is a port of entry/border crossing on the border between mainland China and Hong Kong, in the Futian District of Shenzhen and Lok Ma Chau in Hong Kong's New Territories, across the Sham Chun River from Huanggang. It opened in 1989. It started providing 24-hour passenger clearance in January 2003, and is still the only Hong Kong control point with Shenzhen in mainland China to do so Before reaching this point, vehicles must pass through police checkpoints along road to Lok Ma Chau Control Point. Permits must be carried in order to pass these points and to travel to the control points. 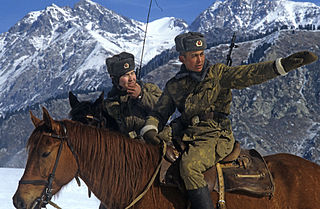 Noyes is an unincorporated community in St. Vincent Township, Kittson County, Minnesota, United States. Located in the extreme northwestern corner of the state on the Canada–United States border, Noyes is the northern terminus of U.S. Highway 75 and site of a former road border crossing. U.S. Customs and Border Protection operates a customs inspection station for the Canadian Pacific and BNSF Railway lines that enter from Canada at Noyes. The community of Emerson, Manitoba, lies adjacent to Noyes on the Canadian side of the border, but the two communities are no longer directly linked by road. 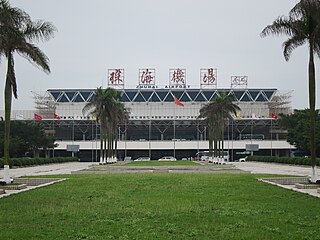 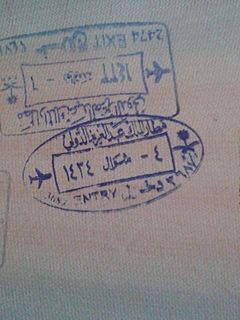 A passport stamp is an inked impression in a passport typically made by rubber stamp upon entering or exiting a territory. 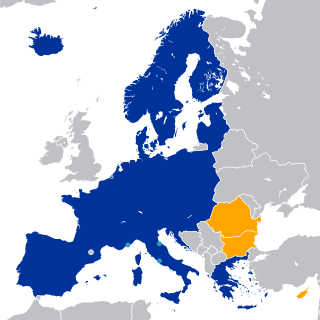 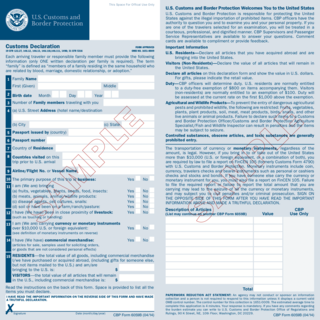 The Directorate-General of Customs and Indirect Taxes, commonly known as les douanes, is a French law enforcement agency responsible for levying indirect taxes, preventing smuggling, surveilling borders and investigating counterfeit money. The agency acts as a coast guard, border guard, sea rescue organisation, and customs service. In addition, since 1995, the agency has replaced the Border Police units of the National Police in carrying out immigration control at smaller border checkpoints, in particular at maritime borders and regional airports.

The concept of border security in the United States of America shares a complex relationship with the persistent threat of terrorism. Border security includes the protection of land borders, ports, and airports. The relationship is unique in the sense that the federal government must constantly reevaluate and tweak its border security policy to address the perceived threats posed to the United States through the form of human terrorism or the smuggling and detonation of a weapon of mass destruction. 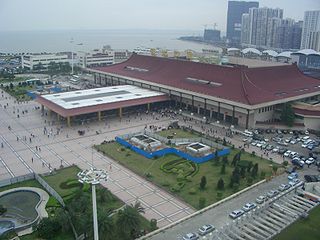 The Gongbei Port is an immigration and customs checkpoint located in Zhuhai in mainland China, on its border with Macau. It is operated by the Bureau of Exit and Entry Administration of the Ministry of Public Security, and the General Administration of Customs.

The Posto Fronteiriço das Portas do Cerco is an immigration and customs checkpoint in the Portas do Cerco area in northern Macau, on its border with mainland China's Zhuhai. 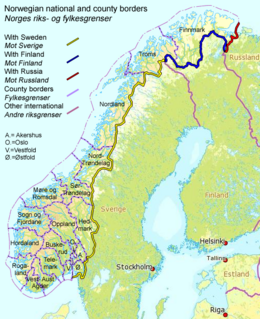 The Norway–Sweden border is a 1,630-kilometre (1,010 mi) long land national border, and the longest border for both Norway and Sweden.

Juxtaposed controls are a reciprocal arrangement between Belgium, France, the Netherlands and the United Kingdom whereby border controls on certain cross-Channel routes take place before boarding the train or ferry, rather than upon arrival after disembarkation. With the exception of the Eurotunnel Shuttle route, customs checks remain unaffected by juxtaposed immigration controls and continue to take place upon arrival after disembarkation. Belgium, France and the Netherlands are all member states of the European Union and part of the border-free Schengen Area. The United Kingdom, on the other hand, has never participated in the Schengen Area, even when it was a member state of the European Union. As a result, juxtaposed controls aim to increase the convenience and efficiency of border checks when travelling by train or ferry between the Schengen Area and the UK by removing the need for immigration checks on arrival and by streamlining checks on departure. At the same time, juxtaposed controls are intended to detect and prevent illegal immigration. In 2016, there were over 56,000 instances when people were refused entry to the UK at the juxtaposed controls. 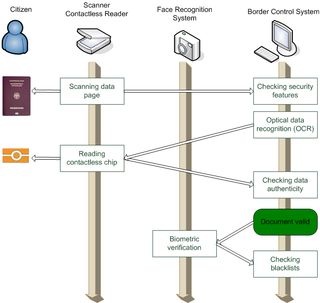 Automated border control systems (ABC) or eGates are automated self-service barriers which use data stored in a chip in biometric passports along with a photo or fingerprint taken at the time of entering the eGates to verify the passport holder's identity. Travellers undergo biometric verification using facial or iris recognition, fingerprints, or a combination of modalities. After the identification process is complete and the passport holder's identity is verified, a physical barrier such as a gate or turnstile opens to permit passage. If the passport holder's identification is not verified or if the system malfunctions, then the gate or turnstile does not open and an immigration officer will meet the person. E-gates came about in the mid-2000s as an automated method of reading the then-newly ICAO mandated e-passports.