La Salle College High School is a Catholic, college preparatory school for boys located in Wyndmoor, a community in Springfield Township, Montgomery County, Pennsylvania, United States, outside Philadelphia within the Roman Catholic Archdiocese of Philadelphia. The school is staffed by a lay faculty and the Christian Brothers. Its sports teams compete in the Philadelphia Catholic League and now also participate in the PIAA.

La Salle was founded in 1858 as St. Michael's School at Second and Jefferson Streets. It then became the Christian Brothers Academy. In 1863 it became the preparatory school to La Salle College (now La Salle University). The prep school and college shared the same campus up until the 1960s. In 1982 they formally became two separate institutions. [3]

The Metro Atlantic Athletic Conference is a collegiate athletic conference affiliated with NCAA Division I. Of its current 11 full members, 10 are located in three states of the northeastern United States: Connecticut, New Jersey, and New York. The other member is in Maryland. 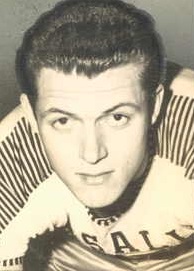 Saint Francis University (SFU) is a private Catholic university in Loretto, Pennsylvania. It was founded in 1847 and conducted under the tradition of the Franciscan Friars of the Third Order Regular. The university is situated on 600 acres (243 ha) in the forests and farmland of Loretto. 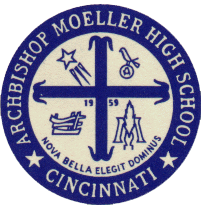 Moeller High School, known as Moeller, is a private, all-male, college-preparatory high school in the suburbs of Cincinnati, in Hamilton County, Ohio. It is currently one of four all-male Catholic high schools in the Cincinnati area.

La Salle Academy is a private Roman Catholic college preparatory school run by the Institute of the Brothers of the Christian Schools in Providence, Rhode Island. It was founded by the Christian Brothers in 1871. the Academy currently enrolls 1,478 students in the sixth through twelfth grades, with the majority of students coming from the Providence metropolitan area.

Tony Resch is a retired lacrosse player, and current field and box lacrosse coach. He is the former head coach of the Philadelphia Wings of the National Lacrosse League from 1994 to 2001, and led the Wings to four Championships. Resch was named to the NLL Hall of Fame in 2008. Resch returned to coaching as the head coach of the Philadelphia Barrage of Major League Lacrosse. Resch graduated from Yale University, where he was a two-time All-American and three-time First Team All-Ivy League player.

Lawrence T. Cannon is an American retired basketball player. Born and raised in Philadelphia, Cannon was selected in the first round of the 1969 NBA draft by the Chicago Bulls with the fifth overall pick. Cannon was an American Basketball Association All-Star, who averaged 16.6 points per game in his ABA/NBA career after his All-American career at LaSalle College. Cannon was forced to retire from basketball due to a chronic medical condition, phlebitis in his legs.

The Temple Owls men's basketball team represents Temple University in the sport of basketball. The Owls compete in National Collegiate Athletic Association (NCAA) Division I as a member of the American Athletic Conference. They play their home games in the Liacouras Center on the university's main campus in Philadelphia, Pennsylvania, and are currently led by head coach Aaron Mckie. Temple is the fifth-most winningest NCAA Division I men's college basketball program of all time, with 1903 wins at the end of the 2017–18 season. Although they have reached the NCAA Tournament over thirty times, they are one of nine programs with that many appearances to have not won the Tournament and one of four to have never reached the National Championship Game.

Charles T. McIlhinney Jr. is a Republican former member of the Pennsylvania State Senate, representing the 10th District from 2007 to 2019. Previously he was a member of the Pennsylvania House of Representatives from 1998 through 2006. He won election to the house in a special election on February 3, 1998. McIlhinney announced in January 2018 that he would retire from the state senate when his term expired in early 2019.

Lacrosse has been played in Pennsylvania since the 19th century. There are many respected amateur programs at the club, college, and high school level, as well as several respected past and present professional teams in the National Lacrosse League (NLL) and Major League Lacrosse (MLL).

Kenneth L. Durrett was an American professional basketball player with the National Basketball Association's Kansas City Kings and Philadelphia 76ers. A 6-foot-7-inch (2.01 m) power forward, Durrett was a star at La Salle University from 1968 to 1971.

Kyle Shurmur is an American football coach and former quarterback. He is currently the defensive quality control coach of the Buffalo Bills. He played quarterback in college football at Vanderbilt, and signed with the Kansas City Chiefs as an undrafted free agent in 2019.

Horace G. “Pappy” Owens is an American basketball coach and former player who is an assistant coach for the Delaware State Hornets men's team.

Anne McConaghie Volp, known prior to her marriage in 1945 as Anne McConaghie, was an American field hockey player and coach. She played on the United States women's national field hockey team for 14 years and was in the first class of inductees into the U.S. Field Hockey Association Hall of Fame.