On the west side, the Continental Divide separates the Mount Massive Wilderness from the Hunter-Fryingpan Wilderness, part of the White River National Forest.

Trailheads accessing the wilderness are: 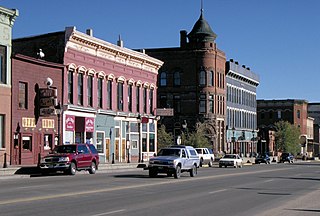 Lake County is one of 64 counties in the U.S. state of Colorado. As of the 2010 census, the population was 7,310. The county seat and the only municipality in the county is Leadville. The highest natural point in Colorado and the entire Rocky Mountains is the summit of Mount Elbert in Lake County at 14,440 feet elevation.

The Spring Mountains National Recreation Area (SMNRA) is a U.S. national recreation area, administered by the U.S. Forest Service, west of Las Vegas, Nevada. It covers over 316,000 acres. The area runs from low meadows, to the 11,918-foot (3,633 m) Mount Charleston. The SMNRA is a part of the Humboldt-Toiyabe National Forest. It adjoins the Red Rock Canyon National Conservation Area, which is administered by the Bureau of Land Management. 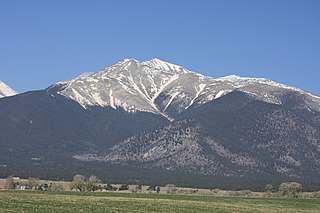 Mount Antero is the highest summit of the southern Sawatch Range of the Rocky Mountains of North America. The prominent 14,276-foot (4351.4 m) fourteener is located in San Isabel National Forest, 12.2 miles (19.6 km) southwest by south of the Town of Buena Vista in Chaffee County, Colorado, United States. The mountain is named in honor of Chief Antero of the Uintah band of the Ute people. 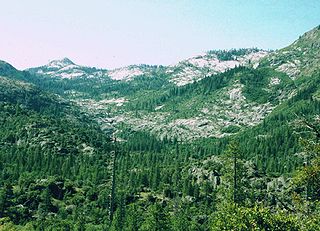 The Granite Chief Wilderness is a 19,048 acre (77 km2) federally designated wilderness area of the Tahoe National Forest. Created by the California Wilderness Act of 1984, it is located in the Sierra Nevada mountains west of Lake Tahoe in California, USA. It is managed by the US Forest Service Tahoe National Forest. Elevations range from 4,800 feet (1,500 m) to 9,019 feet (2,749 m) at the summit of Granite Chief. 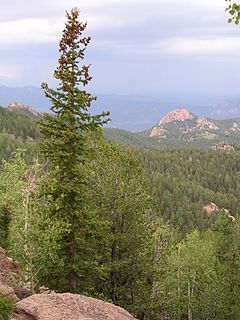 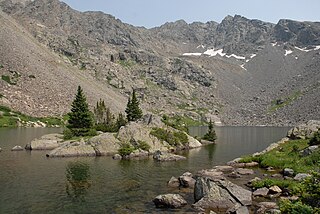 The San Pedro Parks Wilderness is located in southern Rio Arriba County in northern New Mexico and part of the Santa Fe National Forest. It is 41,132 acres (16,646 ha) in size. Elevations range from 8,300 feet (2,500 m) in the southwestern corner to 10,592 feet (3,228 m) at San Pedro Peaks near the center of the wilderness. The park's average elevation is over 10,000 ft. Conifer forests, interspaced with grassy meadows, called "parks," characterize the wilderness. San Pedro Parks Wilderness is primarily visited for hiking, camping, hunting, and fishing. The Continental Divide Trail passes through the wilderness. 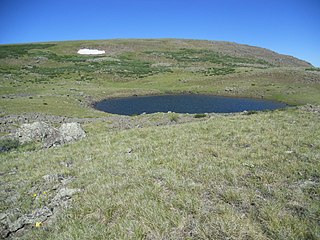 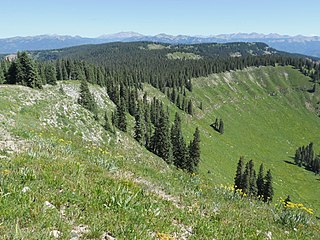 Snow Lakes are a system of freshwater reservoir lakes made by Upper Snow Lake and Lower Snow Lake, approximately a mile long. They are located on the eastern slope of The Enchantments, in Chelan County, Washington. The Snow Lakes are one of the most heavily used destination in the Forest Service wildernesses in Oregon and Washington. Self-issued Alpine Lakes Wilderness permits are required for transit within the Snow Lakes area.