Last updated July 12, 2020
For the album by Wormed, see Planisphærium.

The Planisphaerium is a work by Ptolemy. The title can be translated as "celestial plane" or "star chart". In this work Ptolemy explored the mathematics of mapping figures inscribed in the celestial sphere onto a plane by what is now known as stereographic projection. This method of projection preserves the properties of circles.

Originally written in Ancient Greek, Planisphaerium was one of many scientific works which survived from antiquity in Arabic translation. One reason why Planisphaerium attracted interest was that stereographic projection was the mathematical basis of the plane astrolabe, an instrument which was widely used in the medieval Islamic world. In the 12th century the work was translated from Arabic into Latin by Herman of Carinthia, who also translated commentaries by Maslamah Ibn Ahmad al-Majriti. The oldest known translation is in Arabic done by an unknown scholar as part of the Translation Movement in Baghdad. [1]

The word planisphere (Latin planisphaerium) was originally used in the second century by Ptolemy to describe the representation of a spherical Earth by a map drawn in the plane. [2] 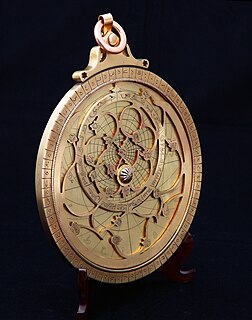 An astrolabe is an elaborate inclinometer, and can be considered an analog calculator capable of working out several different kinds of problems in astronomy. Historically used by astronomers and navigators to measure the altitude above the horizon of a celestial body, day or night, it can be used to identify stars or planets, to determine local latitude given local time, to survey, or to triangulate. It was used in classical antiquity, the Islamic Golden Age, the European Middle Ages and the Age of Discovery for all these purposes. 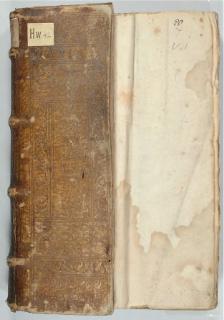 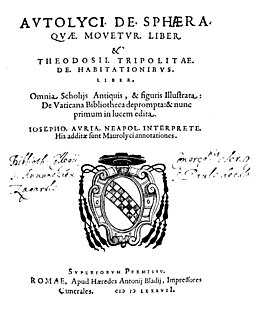 Islamic astronomy comprises the astronomical developments made in the Islamic world, particularly during the Islamic Golden Age, and mostly written in the Arabic language. These developments mostly took place in the Middle East, Central Asia, Al-Andalus, and North Africa, and later in the Far East and India. It closely parallels the genesis of other Islamic sciences in its assimilation of foreign material and the amalgamation of the disparate elements of that material to create a science with Islamic characteristics. These included Greek, Sassanid, and Indian works in particular, which were translated and built upon.

Jordanus de Nemore, also known as Jordanus Nemorarius and Giordano of Nemi, was a thirteenth-century European mathematician and scientist. The literal translation of Jordanus de Nemore would indicate that he was an Italian. He wrote treatises on at least 6 different important mathematical subjects: the science of weights; “algorismi” treatises on practical arithmetic; pure arithmetic; algebra; geometry; and stereographic projection. Most of these treatises exist in several versions or reworkings from the Middle Ages. We know nothing about him personally, other than the approximate date of his work. 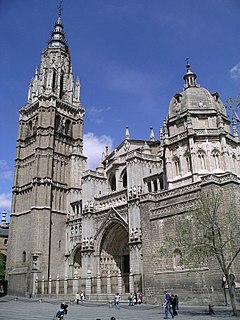 The Toledo School of Translators is the group of scholars who worked together in the city of Toledo during the 12th and 13th centuries, to translate many of the philosophical and scientific works from Classical Arabic.

An equatorium is an astronomical calculating instrument. It can be used for finding the positions of the Moon, Sun, and planets without calculation, using a geometrical model to represent the position of a given celestial body.

Rudolf (Rudolph) of Bruges was a Flemish translator from Arabic into Latin active in the twelfth century who worked at the Toledo School of Translators. 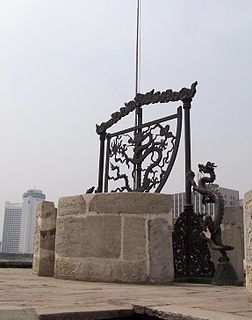 A quadrant is an instrument that is used to measure angles up to 90°. Different versions of this instrument could be used to calculate various readings, such as longitude, latitude, and time of day. It was originally proposed by Ptolemy as a better kind of astrolabe. Several different variations of the instrument were later produced by medieval Muslim astronomers.