The 27th Academy Awards were held on March 30, 1955 to honor the best films of 1954, hosted by Bob Hope at the RKO Pantages Theatre in Hollywood.

On the Waterfront led the ceremony with twelve nominations and eight wins, including Best Picture. Its total wins tied the record of Gone with the Wind (1939) and From Here to Eternity (1953), though those each had thirteen nominations. It was the third film to receive five acting nominations, and the first to receive three in the Best Supporting Actor category. A "rematch" occurred in the category of Best Actor between Marlon Brando and Humphrey Bogart following Bogart's upset victory three years earlier. In an upset (Bing Crosby was the favored nominee), Brando won, now seen as one of the greatest Best Actor wins in Oscar history. [1] This was Brando's fourth consecutive nomination for Best Actor (starting with A Streetcar Named Desire in 1951), a record that remains unmatched to this day.

In an even bigger upset, Grace Kelly won Best Actress for The Country Girl over Judy Garland, who was heavily favored to win for A Star Is Born . Garland could not attend the ceremony, having recently given birth to her third child; cameramen were present in her home so she could give an acceptance speech, only to awkwardly leave when Kelly was announced as the winner. Groucho Marx later sent her a telegram expressing that her loss was "the biggest robbery since Brink's". [2]

Nominees were announced on February 12, 1955. Winners are listed first and highlighted in boldface. [3] 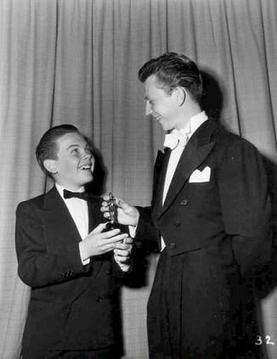 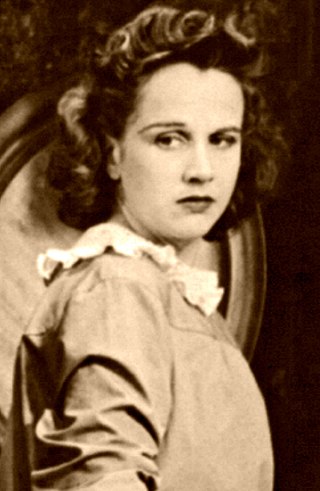 Kim Hunter was an American theatre, film, and television actress. She achieved prominence for portraying Stella Kowalski in the original production of Tennessee Williams' A Streetcar Named Desire, which she reprised for the 1951 film adaptation, and won both an Academy Award and a Golden Globe Award for Best Supporting Actress. 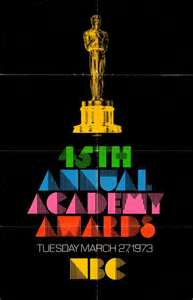 The 45th Academy Awards were presented Tuesday, March 27, 1973, at the Dorothy Chandler Pavilion in Los Angeles, California, honoring the best films of 1972. The ceremonies were presided over by Carol Burnett, Michael Caine, Charlton Heston, and Rock Hudson. 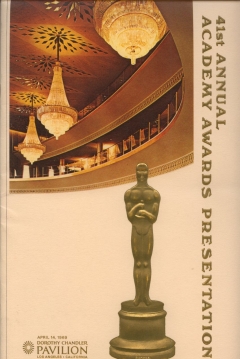 The 41st Academy Awards were presented on April 14, 1969, to honor the films of 1968. They were the first Oscars to be staged at the Dorothy Chandler Pavilion, Los Angeles, and the first with no host since the 11th Academy Awards.

The 26th Academy Awards were held on March 25, 1954, simultaneously at the RKO Pantages Theatre in Hollywood, and the NBC Century Theatre in New York City.

The 23rd Academy Awards were held on March 29, 1951, honoring the films of 1950. All About Eve received a record 14 nominations, besting the previous record of 13 set by Gone with the Wind in 1939. It won six Oscars, including Best Picture, and earned director Joseph L. Mankiewicz his second consecutive Best Director award.

The 34th Academy Awards, honoring the best in film for 1961, were held on April 9, 1962, hosted by Bob Hope at the Santa Monica Civic Auditorium in Santa Monica, California.

The 33rd Academy Awards, honoring the best in film for 1960, were held on April 17, 1961, hosted by Bob Hope at the Santa Monica Civic Auditorium in Santa Monica, California. This was the first ceremony to be aired on ABC television, which has aired the Academy Awards ever since.

The 21st Academy Awards were held on March 24, 1949, honoring the films of 1948. The ceremony was moved from the Shrine Auditorium to the Academy's own theater, primarily because the major Hollywood studios had withdrawn their financial support in order to address rumors that they had been trying to influence voters. This year marked the first time a non-Hollywood production won Best Picture, and the first time an individual (Olivier) directed himself in an Oscar-winning performance. 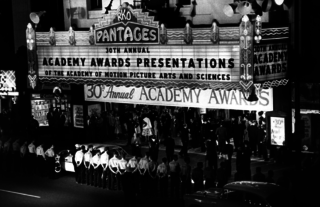