This is a list of films by year that have received an Academy Award together with the other nominations for best documentary short film. Following the Academy's practice, the year listed for each film is the year of release: the awards are announced and presented early in the following year. Copies of every winning film (along with copies of most nominees) are held by the Academy Film Archive. [1] Ten films are shortlisted before nominations are announced.

Per the recent rules of the Academy of Motion Picture Arts and Sciences (AMPAS), a Short Subject Documentary is defined as a nonfiction motion picture "dealing creatively with cultural, artistic, historical, social, scientific, economic or other subjects". [2] It may be photographed in actual occurrence, or may employ partial reenactment, stock footage, stills, animation, stop-motion or other techniques, as long as the emphasis is on fact, and not on fiction. It must have a run time of no more than 40 minutes and released during a special eligibility period which may vary from year to year, but generally begins the month of October of the prior year and ends in September of the award year. (This eligibility differs from most other Academy Award categories which only includes films released between January and December of the award year.) The documentary's release must also occur within two years of the film's completion, and there are also rules governing the formatting of audio and video used to produce and exhibit the picture.

In addition, to be eligible the film must meet one of the following criteria:

The film must run daily for seven days, open to the public for paid admission, and must be advertised in one of the city's major circulars during its run, with screening times included. Additionally, the film must be shown at least once during every day of its qualifying run. Unlike the Best Documentary Feature award, whose rules mandate at least one screening starting between noon and 10 pm local time on each day of the qualifying run, there is no restriction on the start time of any screening. The film must have narration or dialogue primarily in English or with English subtitles, and must be the whole of an original work. Partial edits from larger works and episodes from serialized films are not eligible. [2] [3]

Eligibility rules for prior years may have differed from these.

The Documentary Branch of the Academy first votes to select ten pictures for preliminary nomination, after which a second round of balloting is conducted to select the five documentary nominees. The entire Academy membership will then vote for one of these five for the Oscar. A maximum of two people involved with the production of the documentary may be nominated for the award, one of whom must be the film's credited director. One producer may also be nominated, but if more than one non-director producer is credited the Academy Documentary Branch will vet the producers to select the one they believe was most involved in the creation of the film. [4] 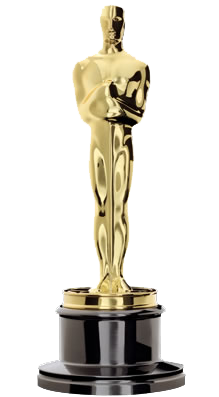 The Academy Awards, better known as the Oscars, are awards for artistic and technical merit for the American film industry. The awards are regarded by many as the most prestigious, significant awards in the entertainment industry in the United States. Given annually by the Academy of Motion Picture Arts and Sciences (AMPAS), the awards are a recognition of excellence in cinematic achievements of primarily American films, as assessed by the Academy's voting membership. The various category winners are awarded a copy of a golden statuette as a trophy, officially called the "Academy Award of Merit," although more commonly referred to by its nickname, the "Oscar." The statuette, depicting a knight rendered in the Art Deco style, was originally sculpted by Los Angeles artist George Stanley from a design sketch by art director Cedric Gibbons.

The Academy Award for Best International Feature Film is one of the Academy Awards handed out annually by the U.S.-based Academy of Motion Picture Arts and Sciences (AMPAS). It is given to a feature-length motion picture produced outside the United States with a predominantly non-English dialogue track.

The Academy Award for Best Animated Feature is given each year for animated films. An animated feature is defined by the Academy as a film with a running time of more than 40 minutes in which characters' performances are created using a frame-by-frame technique, a significant number of the major characters are animated, and animation figures in no less than 75 percent of the running time. The Academy Award for Best Animated Feature was first awarded in 2002 for films released in 2001.

The Academy Award for Best Live Action Short Film is an award presented at the annual Academy Awards ceremony. The award has existed, under various names, since 1957.

The Academy Award for Best Documentary Feature Film is an award for documentary films. In 1941, the first awards for feature-length documentaries were bestowed as Special Awards to Kukan and Target for Tonight. They have since been bestowed competitively each year, with the exception of 1946. Copies of every winning film are held by the Academy Film Archive. 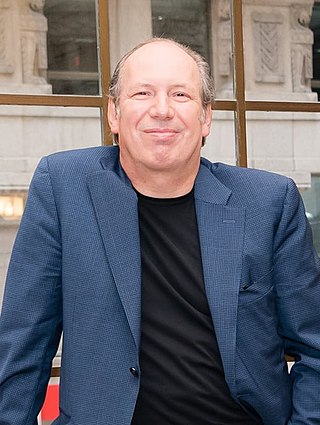 The Academy Award for Best Original Score is an award presented annually by the Academy of Motion Picture Arts and Sciences (AMPAS) to the best substantial body of music in the form of dramatic underscoring written specifically for the film by the submitting composer. Some pre-existing music is allowed, though, but a contending film must include a minimum of original music. This minimum since 2021 is established in 35% of the music, which is raised to 80% for sequels and franchise films. Fifteen scores are shortlisted before nominations are announced.

The 5th Academy Awards were held by the Academy of Motion Picture Arts and Sciences on November 18, 1932, at the Ambassador Hotel in Los Angeles, California, hosted by Conrad Nagel. Films screened in Los Angeles between August 1, 1931, and July 31, 1932, were eligible to receive awards. Walt Disney created a short animated film for the banquet, Parade of the Award Nominees.

The 6th Academy Awards were held on March 16, 1934, to honor films released between August 1, 1932 and December 31, 1933, at The Ambassador Hotel in Los Angeles, California. They were hosted by Will Rogers, who also presented the awards. 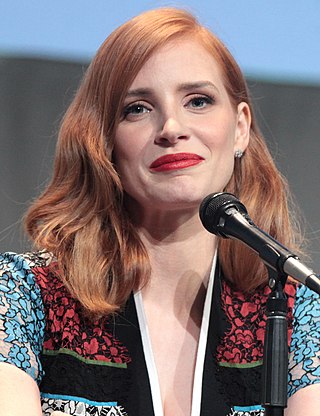 The Academy Award for Best Actress is an award presented annually by the Academy of Motion Picture Arts and Sciences (AMPAS). It is given to an actress who has delivered an outstanding performance in a leading role in a film released that year. The award is traditionally presented by the previous year's Best Actor winner.

The Academy Award for Best Original Song is one of the awards given annually to people working in the motion picture industry by the Academy of Motion Picture Arts and Sciences (AMPAS). It is presented to the songwriters who have composed the best original song written specifically for a film. The performers of a song are not credited with the Academy Award unless they contributed either to music, lyrics, or both in their own right. The songs that are nominated for this award are typically performed during the ceremony and before this award is presented.

The LA Shorts International Film Festival(LA Shorts) founded by Robert Arentz in 1997 is one of the largest international short film festivals in the world with more than 300 films screening annually. The 95th Academy Awards ceremony will be presented, on March 12, 2023, by the Academy of Motion Picture Arts and Sciences (AMPAS). It will honor films released in 2022 and will take place at the Dolby Theatre in Los Angeles. The ceremony will be televised in the United States by ABC and will be produced by Glenn Weiss and Ricky Kirshner. Weiss also serves as the director. Comedian Jimmy Kimmel will host the show for the third time; he was the host for the 89th and 90th editions of the ceremony.