Baber is an unincorporated community in Logan County, West Virginia, United States, along the Guyandotte River. Baber is located along West Virginia Route 10.

Hemlock may refer to: 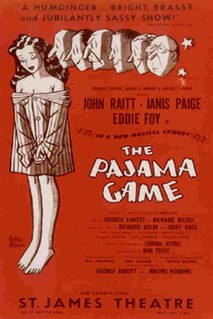 The Pajama Game is a musical based on the 1953 novel 7½ Cents by Richard Bissell. The book is by George Abbott and Richard Bissell; the music and lyrics are by Richard Adler and Jerry Ross. The story deals with labor troubles in a pajama factory, where workers' demands for a seven-and-a-half cent raise are going unheeded. In the midst of this ordeal, love blossoms between Babe, the grievance committee head, and Sid, the new factory superintendent.

Ugly may refer to:

The Mountain Party is a state-level political party in West Virginia. It is the West Virginia affiliate of the Green Party of the United States. The party was headed by Jesse Johnson, State Chairman. 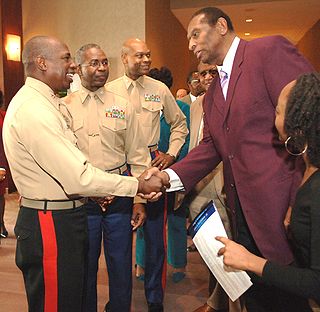 Earl Francis Lloyd was an American professional basketball player and coach. He was the first black player to have played a game in the National Basketball Association. An All-American player at West Virginia State University, Lloyd helped lead the Syracuse Nationals to the NBA Championship in 1955. Lloyd was inducted into the Naismith Basketball Hall of Fame in 2003.

Herbert Paul "Babe" Barna was a left fielder in Major League Baseball who played for the Philadelphia Athletics (1937–1938), New York Giants (1941–1943) and Boston Red Sox (1943). Barna batted left-handed and threw right-handed. He was born in Clarksburg, West Virginia and attended West Virginia University, where he played college baseball for the Mountaineers from 1935–1937.

Richard Carleton "Dick" Hoblitzell played first base in the major leagues from 1908 to 1918. He played for the Cincinnati Reds and Boston Red Sox. Nicknamed "Doc" by his teammates, Hoblitzell's baseball career was cut short with his World War I induction into the US Army as a dentist in 1918.

The seventh American Basketball Association All-Star Game was played January 30, 1974 at Norfolk Scope in Norfolk, Virginia before an audience at 10,624. Babe McCarthy of the Kentucky Colonels coached the East, with Joe Mullaney of the Utah Stars coached the West. 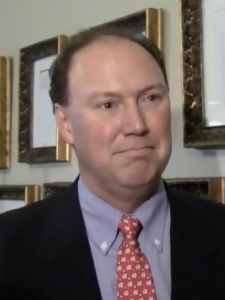 The 2011 West Virginia gubernatorial election was a special election held on October 4, 2011 to fill the office of the West Virginia Governor. The office became vacant upon the resignation of Governor Joe Manchin, who was elected to fill the seat of Robert Byrd in the United States Senate in 2010 following Byrd's death. State Senate President Earl Ray Tomblin, first in the line of succession, became acting governor in 2010 after Manchin took up the Senate seat. On January 18, 2011, the West Virginia Supreme Court of Appeals ruled that a special election for the office of Governor must be held so a new Governor can be in place by November 15, 2011, exactly one year after Manchin resigned. The primary election was held on May 14. Tomblin and Republican Bill Maloney won their respective primaries.

The Parkersburg Parkers were a minor league baseball team based in Parkersburg, West Virginia. They played in the Pennsylvania–West Virginia League in 1909. The team was founded when the Charleroi Cherios relocated to Parkersburg on June 30, 1909. However the team was short-lived and were dropped by the league on July 10, 1909. The club was soon reestablished and played in the Virginia Valley League in 1910. Another team with that name surfaced in the Middle Atlantic League in 1931, when the Hagerstown Hubs relocated to Parkersburg on July 28, 1931. However the team relocated again soon afterwards to Youngstown, Ohio to become the Youngstown Tubers on July 12, 1931.

The Babe Ruth League is an international youth baseball and softball league based in Hamilton, New Jersey, named after George Herman "Babe" Ruth.

Baber may refer to:

Riot in Juvenile Prison is a 1959 film directed by Edward L. Cahn and starring Jerome Thor and Scott Marlowe.