Mifflin is an unincorporated community in Logan County, West Virginia. 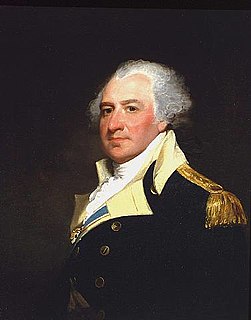 Thomas Mifflin was an American merchant and politician from Philadelphia, Pennsylvania. He served in a variety of roles during and after the American Revolution, several of which qualify him to be counted among the Founding Fathers. He was the first Governor of Pennsylvania, serving from 1790 to 1799. 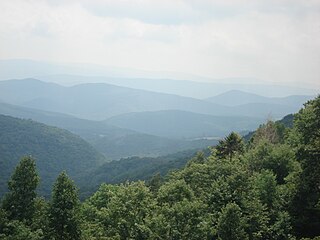 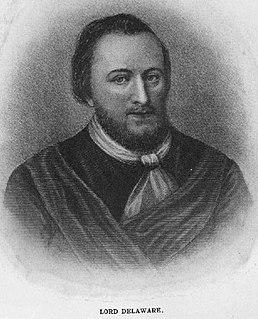 Thomas West, 3rd and 12th Baron De La Warr was an English politician, for whom the bay, the river, and, consequently, a Native American people and U.S. state, all later called "Delaware", were named.

Mifflin may refer to: 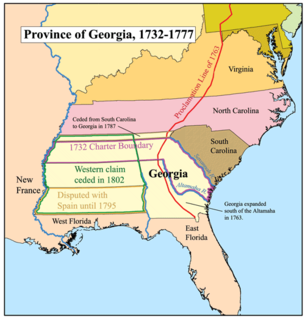 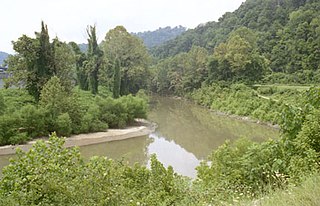 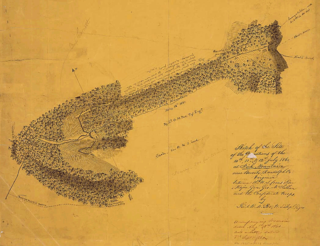 The Battle of Rich Mountain took place on July 11, 1861, in Randolph County, Virginia as part of the Operations in Western Virginia Campaign during the American Civil War. 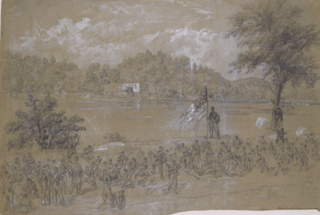 The Battle of Shepherdstown, also known as the Battle of Boteler's Ford, took place September 19–20, 1862, in Jefferson County, Virginia, at the end of the Maryland Campaign of the American Civil War. 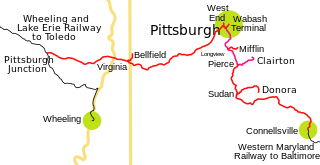 The Pittsburgh and West Virginia Railway was a railroad in the Pittsburgh, Pennsylvania and Wheeling, West Virginia, areas. Originally built as the Wabash Pittsburgh Terminal Railway, a Pittsburgh extension of George J. Gould's Wabash Railroad, the venture entered receivership in 1908 and the line was cut loose. An extension completed in 1931 connected it to the Western Maryland Railway at Connellsville, Pennsylvania, forming part of the Alphabet Route, a coalition of independent lines between the Northeastern United States and the Midwest. It was leased by the Norfolk and Western Railway in 1964 in conjunction with the N&W acquiring several other sections of the former Alphabet Route, but was leased to the new spinoff Wheeling and Lake Erie Railway in 1990, just months before the N&W was merged into the Norfolk Southern Railway.

Maurice Graham Brooks was an American educator and naturalist whose name became synonymous with the natural history of Appalachia.

Douglas Allen Anderson is a writer and editor on the subjects of fantasy and medieval literature, specializing in textual analysis of the works of J. R. R. Tolkien.

Sir John Harvey was a Crown Governor of Virginia. He was appointed to the position on 26 March 1628 by Charles I of England. In 1635 he was suspended and impeached by the Council of Virginia, and he returned to England. Charles I restored him to his post in 1636. He returned to Virginia in January 1637 and served until November 1639. His government has been described as tyrannical and Harvey himself has been called "an obnoxious ruler" and was generally held to be unpopular.

White Top is a knob and spur of Cheat Mountain in southeastern Randolph County, West Virginia, USA. Sitting at an elevation of 4,085 feet (1,245 m), it is located just west of the Shavers Fork of Cheat River and Cheat Bridge. While White Top was originally crossed by the Staunton-Parkersburg Turnpike, modern-day U.S. Route 250 skirts the base of the knob beside Shavers Fork to the north and east. 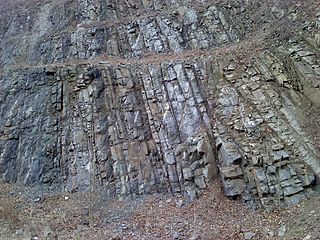 The Ordovician Reedsville Formation is a mapped surficial bedrock unit in Pennsylvania, Maryland, Virginia, West Virginia, and Tennessee, that extends into the subsurface of Ohio. This rock is a slope-former adjacent to the prominent ridge-forming Bald Eagle sandstone unit in the Appalachian Mountains. It is often abbreviated Or on geologic maps.

The Western Virginia Campaign, also known as Operations in Western Virginia or the Rich Mountain Campaign, occurred from May to December 1861 during the American Civil War. Union forces under Major General George B. McClellan invaded the western portion of Virginia; this area occupied by the Union later became the state of West Virginia. Although Confederate forces would make several raids into the area throughout the remainder of the war, they would be unable to reoccupy the state.