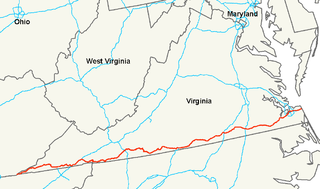 U.S. Route 58 is an east–west U.S. Highway that runs for 508 miles (818 km) from U.S. Route 25E just northwest of Harrogate, Tennessee, to U.S. Route 60 in Virginia Beach, Virginia. Until 1996, when the Cumberland Gap Tunnel opened, US 58 ran only inside the commonwealth of Virginia. It was then extended southwest along a short piece of former US 25E, which no longer enters Virginia, to end at the new alignment in Tennessee.

McDowell may refer to:

Crooked Creek may refer to:

U.S. Route 23 is a part of the U.S. Highway System that runs from Jacksonville, Florida to Mackinaw City, Michigan. In Virginia, the U.S. Highway runs 60.80 miles (97.85 km) from the Tennessee state line near Weber City north to the Kentucky state line near Pound. US 23, which is known as Orby Cantrell Highway for most of its course, is a four-lane divided highway that follows Corridor B of the Appalachian Development Highway System through Southwest Virginia. The U.S. Highway serves as the main east–west highway of Scott County and the primary north–south highway of Wise County. US 23 runs concurrently with US 58 from Weber City to Duffield and with US 58 Alternate between Big Stone Gap and the independent city of Norton. 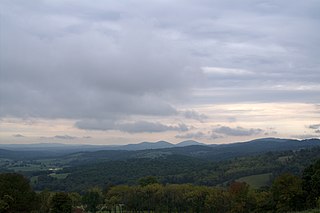 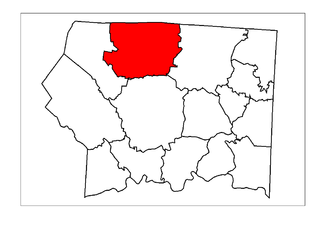 Stewarts Creek Township is one of fifteen townships in Surry County, North Carolina. The township had a population of 5,653 according to the 2000 census.

Crooked Creek Wildlife Management Area is a 1,796-acre (7.27 km2) Wildlife Management Area in Carroll County, Virginia. It includes forests and open land among rolling hills ranging in elevation from 2,400 feet (730 m) above sea level to 3,000 feet (910 m). Portions of Crooked Creek and its east fork are found within the area. The area was once dominated by farmland with open areas formerly used for pasture, and the sites of a number of old houses may still be found across the property. The forests contain mixed hardwoods and pine, with Rhododendron thickets along the stream.

Scott Depot is an unincorporated community in Putnam County, West Virginia, United States. It is located along Crooked Creek at and downstream from the creek's intersection with Teays Valley Road. The ZIP code is 25560. It is part of the census-designated place of Teays Valley which is a part of the Huntington-Ashland Metropolitan Statistical Area (MSA). As of the 2010 census, the MSA had a population of 287,702. New definitions from February 28, 2013 placed the population at 363,000.

Intelligent Transit (iT) was a joint venture bus service of the Tri-State Transit Authority and the Kanawha Valley Regional Transportation Authority system, which operated a twice per day bus link between downtown Huntington, West Virginia and downtown Charleston, West Virginia, with stops at the Marshall University main campus, the Teays Valley suburbs, and at the West Virginia State Capitol Building. Due to expired grants, declining gas prices, and reduced ridership, a decision was made to cease operation of the Intelligent Transit on August 28, 2015. 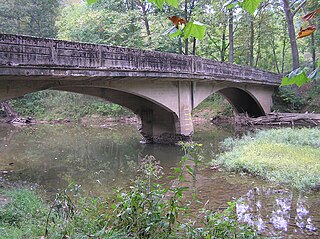 The Crooked River, officially designated as a creek, is an open mature wave dominated barrier estuary located in the Illawarra region of New South Wales, Australia.

The Crooked River is a perennial river of the Mitchell River catchment, located in the Alpine region of the Australian state of Victoria. 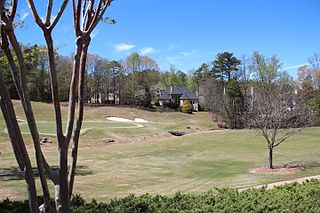 Crooked Creek is a neighborhood is located in Milton, Georgia. Surrounded by the Alpharetta Athletic Club Golf Course, it has 640 homes on over 500 acres of rolling hills.

Crooked Creek is a stream in the U.S. state of West Virginia. It is a tributary of the Guyandotte River.