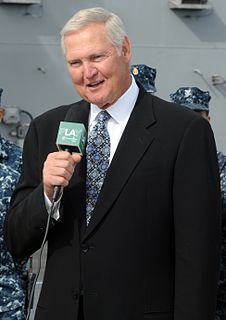 Jerry Alan West is an American basketball executive and former player who played professionally for the Los Angeles Lakers of the National Basketball Association (NBA). His nicknames included Mr. Clutch, for his ability to make a big play in a clutch situation, such as his famous buzzer-beating 60-foot shot that tied Game 3 of the 1970 NBA Finals against the New York Knicks; The Logo, in reference to his silhouette being incorporated into the NBA logo; Mr. Outside, in reference to his perimeter play with the Los Angeles Lakers; and Zeke from Cabin Creek, for the creek near his birthplace of Chelyan, West Virginia. West played the small forward position early in his career, and he was a standout at East Bank High School and at West Virginia University, where he led the Mountaineers to the 1959 NCAA championship game. He earned the NCAA Final Four Most Outstanding Player honor despite the loss. He then embarked on a 14-year career with the Los Angeles Lakers, and was the co-captain of the 1960 U.S. Olympic gold medal team, a squad that was inducted as a unit into the Naismith Memorial Basketball Hall of Fame in 2010.

In the history of the United States, a slave state was a U.S. state in which the practice of slavery was legal, and a free state was one in which slavery was prohibited or being legally phased out. Historically, in the 17th century, slavery was established in a number of English overseas possessions. In the 18th century, it existed in all the British colonies of North America. In the Thirteen Colonies, the distinction between slave and free states began during the American Revolutionary War (1775–1783). Slavery became a divisive issue and was the primary cause of the American Civil War. The Thirteenth Amendment to the United States Constitution, ratified in 1865, abolished slavery throughout the United States, and the distinction between free and slave states ended. 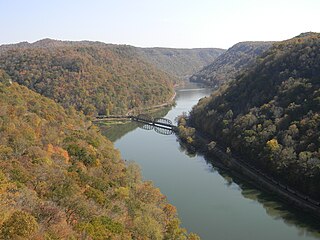 The New River is a river which flows through the U.S. states of North Carolina, Virginia, and West Virginia before joining with the Gauley River to form the Kanawha River at the town of Gauley Bridge, West Virginia. Part of the Ohio River watershed, it is about 360 miles (580 km) long.

Charles Louis Howley is a former American football linebacker who played in the National Football League (NFL) for 15 seasons, primarily with the Dallas Cowboys. Howley was a member of the Chicago Bears in his first two seasons and spent the remainder of his career with the Cowboys. He was named the MVP of Super Bowl V, and as of 2019 is the only player on a losing team to receive the award. He was also the first non-quarterback to receive the award. 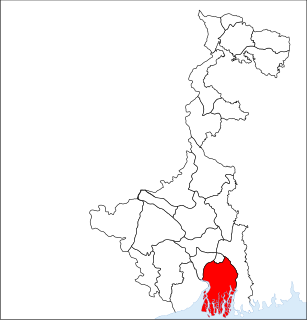 South 24 Parganas or sometimes South Twenty Four Parganas is a district in the Indian State of West Bengal, headquartered in Alipore. It is the largest district of West Bengal state by area and second largest by population. It is the sixth most populous district in India. On one side is the urban fringe of Kolkata and on the other, the remote riverine villages in the Sundarbans.

The Virginia Tech–West Virginia football rivalry is an American college football rivalry between the Virginia Tech Hokies and West Virginia Mountaineers. The teams met 52 times between 1912 and 2017, every year from 1973 to 2005, and as conference foes from 1991 to 2003 as members of the Big East Conference. The winner of the game receives the Black Diamond Trophy sponsored by Rish Equipment Company, headquartered in Bluefield, West Virginia. It was introduced in 1997 and was meant to symbolize the Appalachian region's rich coal heritage 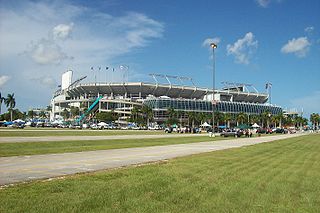 The 1982 West Virginia Mountaineers football team represented West Virginia University in the 1982 NCAA Division I-A football season. It was the Mountaineers' 90th overall season and they competed as a Division I-A Independent. The team was led by head coach Don Nehlen, in his third year, and played their home games at Mountaineer Field in Morgantown, West Virginia. They finished the season with a record of nine wins and three losses and with a loss against Florida State in the Gator Bowl. 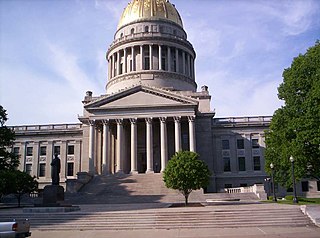 The 1938 Sun Bowl was a college football postseason bowl game between the Texas Tech Red Raiders and the West Virginia Mountaineers. This was the first Sun Bowl played at Kidd Field.

The 2012 Texas Longhorns football team represented the University of Texas at Austin in the 2012 NCAA Division I FBS football season. The Longhorns were led by 15th-year head coach Mack Brown and played their home games at Darrell K Royal–Texas Memorial Stadium. They were a member of the Big 12 Conference. They finished the season 9–4, 5–4 in Big 12 play to finish in a tie for third place. They were invited to the Alamo Bowl where they defeated Oregon State.