Halcyon is an unincorporated community in Logan County, West Virginia. 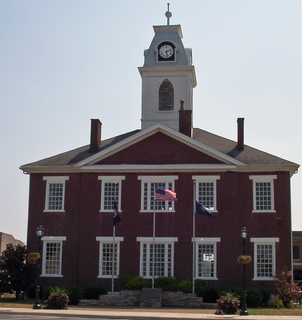 Todd County is a county located in the U.S. state of Kentucky. As of the 2010 census, the population was 12,460. Its county seat is Elkton. The county is named for Colonel John Todd, who was killed at the Battle of Blue Licks in 1782 during the American Revolution.

Halcyon is a name originally derived from Alcyone of Greek mythology and may refer to:

The white-throated kingfisher also known as the white-breasted kingfisher is a tree kingfisher, widely distributed in Asia from the Sinai east through the Indian subcontinent to the Philippines. This kingfisher is a resident over much of its range, although some populations may make short distance movements. It can often be found well away from water where it feeds on a wide range of prey that includes small reptiles, amphibians, crabs, small rodents and even birds. During the breeding season they call loudly in the mornings from prominent perches including the tops of buildings in urban areas or on wires.

Halcyon is an unincorporated community of approximately 125 acres in San Luis Obispo County, California, located just beyond the southern border of the city of Arroyo Grande. The Temple group was founded in 1898; Halcyon was founded in 1903 as a Theosophical intentional community and is the home and headquarters of a religious organization, The Temple of the People.

Halcyon Castle was built in 1932 in the princely state of Travancore, in the modern-day state of Kerala, India. It was constructed by M.R.Ry Sri Rama Varma Valiya Koil Thampuran, the consort of Maharani Sethu Lakshmi Bayi, as a retreat for their family. In 1964 Valiya Koil Thampuran sold the entire property to the Government of India; since then it has been a luxury hotel. A dispute arose when the India Tourism Development Corporation (ITDC), which was running the hotel, sold it to a private hotel resort group.

Elizabeth Anna Halcyon Littleford is an American actress, comedian, and television personality. She was one of the original correspondents on The Daily Show on Comedy Central from 1996 to 2000. Littleford has also appeared in the shows I'm in the Band and Dog with a Blog. 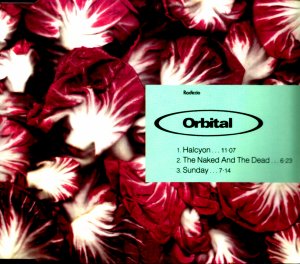 "Halcyon" is a song written and performed by Orbital, dedicated to the Hartnolls' mother, who was addicted to the tranquiliser Halcion (Triazolam) for many years. It was released as Radiccio EP in the UK and Japan, and as Halcyon EP in the US.

Jedi Trial is a science fiction novel by David Sherman and Dan Cragg. It is set in the Star Wars galaxy during the Clone Wars, 2.5 years after the Battle of Geonosis in Star Wars: Episode II – Attack of the Clones, and 19.5 years before the Battle of Yavin in Episode IV: A New Hope.

The ruddy kingfisher is a medium-sized tree kingfisher, widely distributed in east and southeast Asia.

Halcyon is a genus of the tree kingfishers, near passerine birds in the subfamily Halcyoninae.

The grey-headed kingfisher has a wide distribution from the Cape Verde Islands off the north-west coast of Africa to Mauritania, Senegal and Gambia, east to Ethiopia, Somalia and southern Arabia and south to South Africa.

Halcyon Days is an oblique reference to the Greek mythological figure Alcyone, it may also refer to:

USS Halcyon II (SP-582) was a yacht acquired by the U.S. Navy during World War I. She was outfitted as an armed patrol craft and stationed in Boston harbor in Massachusetts. She spent much of the war patrolling the Massachusetts waterways for German submarines and, in 1919, was decommissioned after being damaged in a collision.

HMS Halcyon (1813) was a Royal Navy Cruizer-class brig-sloop that Edward Larking & William Spong built at King's Lynn and launched in 1813. She had one of the shortest lives of any vessel of her class. She was commissioned on 13 July under Commander John Houlton Marshall for the West Indies. During her short period of active duty Halcyon escorted convoys and cruised. Less than a year after her commissioning she was wrecked. 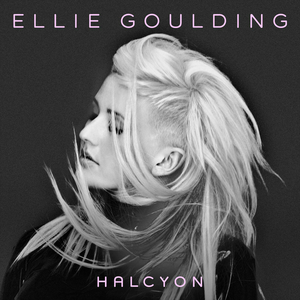 Halcyon is the second studio album by English singer and songwriter Ellie Goulding. It was released on 5 October 2012 by Polydor Records. The album was recorded between 2011 and 2012, during promotion for her debut album, Lights (2010). Goulding worked with several producers on the album, including Jim Eliot, Starsmith, Billboard, Justin Parker, Monsta, Madeon and Mike Spencer, in addition to collaborating with artists such as Tinie Tempah and Calvin Harris.

The Halcyon Passive, Variable Ratio-Biased Addition Semi-Closed rebreather is a unique design of semi-closed rebreather using a depth-compensated passive gas addition system. Passive addition implies that in steady state operation addition of fresh feed gas is a response to low volume of gas in the loop - the gas is injected when the top of the counterlung activates a demand type addition valve, which provides feed gas as long as the diver continues to inhale. The mechanism discharges gas to the environment in proportion to breathing volume to induce this gas feed.

Grace May North (Monfort) was a newspaper journalist and author of novels for children and adolescents, stories which featured both girl and boy protagonists. She wrote primarily under her birth/'maiden' name Grace May North although some of her later novels were also republished under the pen-name Carol Norton. 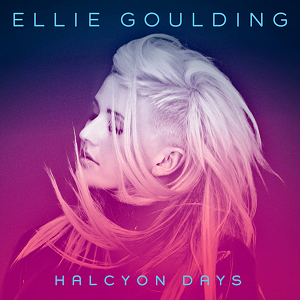 Halcyon Days is the reissue of English singer Ellie Goulding's second studio album, Halcyon (2012). It was released on 23 August 2013 by Polydor Records. Following the release of Halcyon, Goulding announced that she had plans to repackage the original album, with new songs that focused on electronic music. For the reissue, Goulding recorded 10 new songs and worked with a variety of producers, including Ryan Tedder, Calvin Harris and Greg Kurstin, to create her desired sound.

The Halcyon is a British television period drama broadcast on ITV which began airing on 2 January 2017. It was created and written by Charlotte Jones. Left Bank Pictures is the production company of the series which is set in 1940 and focuses on a five-star hotel at the centre of London Society and a world at war. The series was first announced on 3 December 2015, before the official cast was announced on 4 April 2016, with Steven Mackintosh and Olivia Williams playing major roles. The series was cancelled after one series.