Slagle is an unincorporated community in Logan County, West Virginia.

Slagle may refer to:

Roger Nelson Stembel was an officer of the United States Navy during the Civil War.

The Wrestling Observer Newsletter (WON) Hall of Fame is a professional wrestling hall of fame that recognizes people who make significant contributions to the sport. It was founded in 1996 by Dave Meltzer, editor of the Wrestling Observer Newsletter. Like other wrestling halls of fame, such as the WWE, TNA, and WCW hall of fames, the Wrestling Observer Newsletter Hall of Fame is not contained in a building, and there are no ceremonies for inductions other than a highly detailed biographical documentation of their career in the newsletter. Inductees include wrestlers, managers, promoters, trainers, and commentators. On eight occasions, tag teams have been inducted rather than the individual members of the team. This first occurred in 1996, when The Dusek family, The Fabulous Kangaroos, and The Road Warriors entered the hall. The Fabulous Freebirds, The Midnight Express, The Rock 'n' Roll Express, The Assassins and The Sharpe Brothers have also been inducted as a group.

Louisiana Highway 8 is a state highway in Louisiana. It spans 156 miles (251 km) beginning at the Louisiana/Texas state line west of Leesville and ending at an intersection with U.S. Route 425 and LA 15 in Sicily Island.

Steve Slagle is an American jazz saxophonist, flautist, and composer.

Seth Ledyard Phelps was an American naval officer, and in later life, a politician and diplomat. Phelps received his first commission in United States Navy as a midshipman aboard the famous USS Independence. He served patrolling the coast of West Africa guarding against slavers. During the Mexican–American War he served on gunboats, giving support to Winfield Scott's army, and later served in the Mediterranean and Caribbean squadrons.

Tim Slagle is an American stand-up comedian, writer/editor and a political pundit. His material leans towards political satire. He is known for his regular contributions to Liberty Magazine. He currently lives in the Chicago metropolitan area. 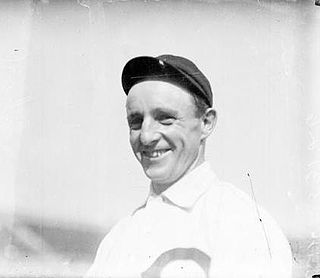 James Franklin Slagle, nicknamed both Rabbit and Shorty, was a professional baseball player who played as an outfielder in Major League Baseball from 1899 to 1908. In his 10 MLB seasons, he played for four teams, all in the National League. Officially, he was 5'7" in height and weighed 144 lbs. He batted left-handed and threw right-handed.

The Camp: A Musical Entertainment is a 1778 play by Richard Brinsley Sheridan, with assistance from John Burgoyne and David Garrick. The set designs were by Philip James de Loutherbourg. The play gently satirised the preparations of the British to organise home defences during the American War of Independence when an invasion of the British Isles by France, and later Spain, seemed imminent. It focuses on a military camp placed near Coxheath in Southern England. It premiered on 15 October 1778 at the Drury Lane Theatre.

Eleanor Clarke Slagle was an American social worker and an early pioneer of occupational therapy. 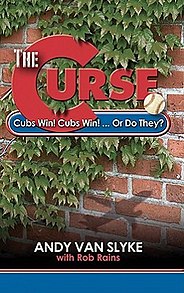 Curse: Cubs Win! Cubs Win! or Do They? is a baseball and mystery novel written by Andy Van Slyke and Rob Rains. The Curse is a fictional account of the Chicago Cubs and their journey from a tragic plane crash to a World Series victory.

Slagle is an unincorporated community in Vernon Parish, Louisiana, United States. Its ZIP code is 71475.

House of Manson, also known as Manson in the United Kingdom, is a 2014 biographical film that was written and directed by Brandon Slagle. It had its world premiere on October 18, 2014 at the Twin Cities Film Festival and stars Ryan Kiser as Charles Manson.

Slagle is an unincorporated community in Polk County, in the U.S. state of Missouri.

Slagle Creek is a stream in Polk County in the Ozarks of southwest Missouri. It is a tributary of the Little Sac River.