Bukta is an English sports clothing brand which was founded in 1879 in Stockport, Cheshire, England. It was also, for much of the 20th Century, a leading brand of tents and camping equipment.

E.R. Buck & Sons was founded in 1879, mainly producing shorts for soldiers fighting in the Boer Wars. [1] In 1884 football team Nottingham Forest were pictured wearing kit produced by Bukta. [1] Later Newcastle United and others were wearing kit made by Bukta.

In 1885 Bukta moved into a new factory in Manchester, leased from Lord Vernon, employing less than 30 people. [1] They were one of the first companies to produce uniforms for the Scout Movement and produced underwear and hospital and tropical uniforms for the British Army for the First World War. [1] In 1920 Bucks bought the factory in the sale of the Vernon Estate. In 1923 E.R. Buck and Sons became a limited company, by this time they employed between 130 and 200 people.

In 1938 the factory in Poynton was closed and the company moved to a factory at Brinksway, Stockport. Members of the Buck family ran the company until 1982 when a consortium led by Sir Hugh Fraser purchased it.

In 2005, the Bukta brand was relaunched, having had millions of pounds spent on it, after an absence of more than six years, as a brand for up-market independent stores. [2] Much of Bukta's design and distribution is outsourced to the Cavden Group. [3] 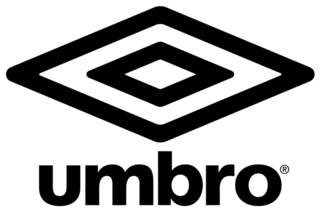 Umbro is an English sportswear and football equipment supplier based in Cheadle, near Manchester. Its products are sold in over 90 countries. Since 2012, the company has been a subsidiary of American company Iconix Brand Group, after being bought by Nike in 2007. 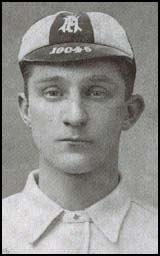 The 1949–50 season was the 51st completed season of The Football League.

The 2001–02 season was Manchester City Football Club's 110th season playing in a division of English football, most of which have been spent in the top flight. This season was the club's most recent season of second tier league football, with the team playing in the Football League First Division following its immediate relegation from the Premier League in the previous season after its promotion the season before that. This time around the team was promoted at the first time of asking, with it winning the First Division by a clear 10 points while scoring more than 100 league goals for the first time since the 1957–58 season.

The 2001–02 season was the 103rd season of competitive league football in the history of English football club Wolverhampton Wanderers. They played the season in the second tier of the English football system, the Football League First Division.

The 1899–1900 season was Newcastle United's second season in the Football League First Division, the top flight of English football at the time. Newcastle finished the season in 5th place.