CEPT University, formerly the Centre for Environmental Planning and Technology, is an academic institution located near university area in Ahmedabad, India offering undergraduate and postgraduate programmes in areas of natural and developed environment of human society and related disciplines. [1]

The Centre for Environment Planning & Technology was established as the School of Architecture in 1962, by The Ahmedabad Education Society (AES), followed by the School of Planning, School of Building Science and Technology and School of Interior Design in 1972, 1982 and 1991 respectively, which were established with aid from the Ministry of Human Resource Development, the Government of Gujarat and the Ford Foundation. [2]

Until 2002 the institute was autonomous and awarded its own diplomas while being recognized by the All India Council of Technical Education (AICTE). From 2002 to 2005 it was affiliated to Hemchandracharya North Gujarat University. [2] In 2005 it became a university through the Centre for Environmental Planning and Technology University Act, 2005. [3] It was renamed "CEPT University" through CEPT University Act, 2010. [4]

The Faculty of Planning, focused on planning in the public realm, was established in 1972 as the 'School of Planning'. [6]

The Faculty of Technology, which concentrates on engineering and construction, was established in 1982 as the 'School of Building Science and Technology'. [7]

The Faculty of Design was established in 1991 as the 'School of Interior Design'. It deals with habitat related interiors, crafts, systems, and products.

The Faculty of Management was established in 2008 and offered MBA in Technology Management. It was re-christened in 2013 and it now focuses on Habitat and Project Management.

CEPT has established centres of study in the following areas: 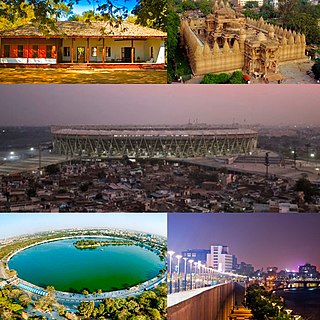 Ahmedabad, also known as Karnavati, is the largest city in the Indian state of Gujarat. It is the administrative headquarters of the Ahmedabad district and the seat of the Gujarat High Court. Ahmedabad's population of 5,633,927 makes it the fifth-most populous city in India, and the encompassing urban agglomeration population estimated at 6,357,693 is the seventh-most populous in India. Ahmedabad is located on the banks of the Sabarmati River, 23 km (14 mi) from the state capital Gandhinagar, which is its twin city.

Indian Institute of Management Ahmedabad is a business school located in Ahmedabad, Gujarat, India. The school has been accorded the status of an Institute of National Importance by Ministry of Human Resources, Government of India in 2017.

Charles Mark Correa was an Indian architect and urban planner. Credited with the creation of modern architecture in post-Independent India, he was celebrated for his sensitivity to the needs of the urban poor and for his use of traditional methods and materials. 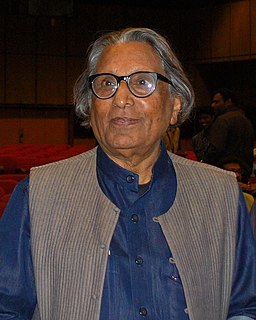 Kasturbhai Lalbhai was an Indian industrialist and philanthropist. He co-founded the Arvind Mills along with his brothers and several other institutes. He was a cofounder of the Ahmadabad Education Society which initiated Ahmedabad University and the Indian Institute of Management Ahmedabad. He served as the chairman of historic and influential Anandji Kalyanji Trust that manages Shatrunjaya and several other Jain pilgrimage centers, for 50 years. 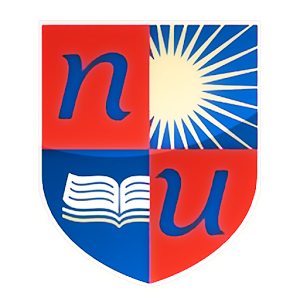 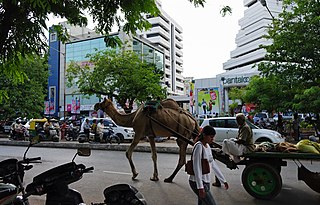 According to the 2011 national census, the population of Ahmedabad was declared to be 7,214,225. This figure was only limited to the municipality region. The total population of the Ahmedabad Urban Agglomeration came to 7.2 million people. There were 886 females to every 1000 males in 2001. Now there are 904 women to 1000 men in 2011. Ahmedabad had a literacy rate of 79.89% in 2001 which rose to 89.62 percent in 2011. Out of this, male and female literacy are 93.96 and 84.81 percent as of 2011 census. According to the census for the ninth plan, there are 30737 rural families living in Ahmedabad. Out of those, 5.41% live below the poverty line. There are 439,843 people who live in slums in the city. The majority of residents of Ahmedabad are native Gujaratis and speak Gujarati. There is also a sizable population of Punjabis, Marathis, Tamils, Sindhis, Malayalis and Marwaris who bring in their native language and culture to the city. The government institutions and military base near the city also bring peoples from across India. The city's population has increased in a major way following increasing economic expansion and modernization.

Ganpat University (GUNI) is a private university in Kherva, Mehsana in the state of Gujarat, India. It was established in 2005 through the State Legislative act no 19 of 2005, Government of Gujarat, and recognized by the UGC under the section 2(f) of the UGC Act, 1956 having campus spread over more than 300 acres of land with world-class infrastructure and more than 10,000 students on campus

Dharmsinh Desai University (DDU) formerly known as Dharmsinh Desai Institute of Technology (DDIT) was founded on 2 January 1968 as an institution of higher learning in Nadiad, Gujarat, India in the fields of Engineering, Technology, Medical Science, Dental Science, Management and Pharmacy. 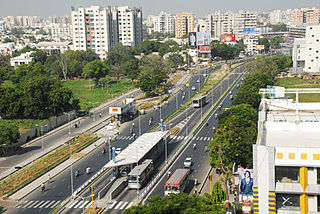 Janmarg, also known as Ahmedabad BRTS, is a bus rapid transit system in Ahmedabad, Gujarat, India. It is operated by Ahmedabad Janmarg Limited, a subsidiary of Ahmedabad Municipal Corporation and others. It is designed by CEPT University. It was inaugurated in October 2009. The network expanded to 89 kilometres (55 mi) by December 2017 with daily ridership of 3,49,000 passengers. BRTS won several nation and international awards for design, implementation and operation. It was rated Silver on BRT Standard in 2013. 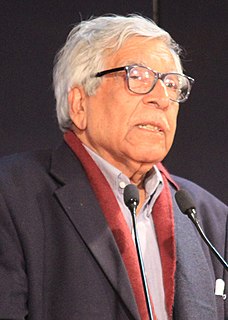 Yoginder K Alagh is a noted Indian economist and former Union Minister of Government of India. He was the Chairman of Institute of Rural Management Anand (IRMA) from 2006 to 2012. He was the Chancellor of the Central University of Gujarat, Gandhinagar.

State Institute of Urban Planning and Architecture has been established in the year 2012 to provide quality education in the field of Architecture and Urban Planning. It is located in Rohtak, Haryana and is under the direct supervision of GTIS.

Hasmukh Patel was an architect credited with making significant contributions to contemporary architecture in India in a career spanning over four decades in the latter half of 20th century. His works are held in high-regard alongside those of prominent Indian architects in the post-independence era like Achyut Kanvinde, Charles Correa, Anant Raje, B.V. Doshi and others.

Bimal Patel is an architect from Gujarat, India, with over 35 years of professional, research and teaching experience in architecture, urban design and urban planning. He is President of CEPT University in Ahmedabad and leads HCP Design, Planning and Management Pvt. Ltd., an architecture, planning and project management firm. He also founded Environmental Planning Collaborative, a not-for-profit, planning research and advocacy organization. 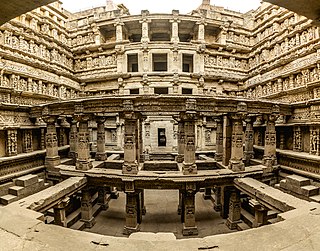 Canna Patel is an Indian architect and interior designer based in Ahmedabad. Patel is also a visiting faculty at CEPT university and also works as a guide for the various architecture students at CEPT. Detailing and integration of art in her interiors and architecture are trademarks of her work.Patel firmly believes in simplicity and a holistic link between Interiors & Architecture.

Tagore Memorial Hall, also known as Tagore Hall, is a municipal building in Ahmedabad, India. Designed by B. V. Doshi, it was built from 1966 to 1971. Later it was renovated in 2013. It is an example of brutalist architecture.