Dr. Erna Schneider Hoover (born June 19, 1926) is an American mathematician notable for inventing a computerized telephone switching method which "revolutionized modern communication" according to several reports. [1] [4] It prevented system overloads by monitoring call center traffic and prioritizing tasks [4] on phone switching systems to enable more robust service during peak calling times. [1] At Bell Laboratories where she worked for over 32 years, [5] Hoover was described as an important pioneer for women in the field of computer technology. [2]

Erna Schneider was born on June 19, 1926, [1] in Irvington, New Jersey. [2] Her family lived in South Orange, New Jersey and her father was a dentist and her mother was a teacher. [2] She had a younger brother who died from polio at the age of five. [2] She loved swimming, sailing, canoeing, and was interested in science at an early age. According to one source, she read the biography of Marie Curie which suggested to her that she could succeed in a scientific field despite the prevailing ideas about gender roles at the time. [2] She graduated from Columbia High School in nearby Maplewood in 1944, which would later induct her into its hall of fame in 2007. [6]

Hoover attended Wellesley College where she studied classical and medieval philosophy and history. [1] [7] [8] [9] She graduated from Wellesley in 1948 with honors, earning a bachelor's degree, and she was inducted into Phi Beta Kappa and was honored as a Durant Scholar. [2] She earned her Ph.D from Yale University in philosophy and foundations of mathematics in 1951. [1] [7]

Hoover was a professor at Swarthmore College from 1951 to 1954 [1] where she taught philosophy and logic. [2] However, she had been unable to win a tenure-track position, possibly because of her gender and marital status, according to one view. In 1953, she married Charles Wilson Hoover, Jr., and he was very supportive of his wife's career pursuits. [2] In 1954, she joined Bell Labs as a senior technical associate, and was promoted in 1956. According to one source, the internal training program was the "equivalent of a master's degree in computer science." [2] Switching systems were moving from electronic to computer-based technologies. Problems happened when a call center would be inundated with thousands of calls in a short amount of time, overwhelming the unreliable electronic relays, and causing the entire system to "freeze up." [2]

Hoover used her knowledge of symbolic logic and feedback theory to program the control mechanisms of a call center to use data about incoming calls to impose order on the whole system. [2] It used computer electronic methods to monitor the frequency of incoming calls [10] at different times. [11] Her method gave priority to processes that were concerned with the input and output of the switch over processes that were less important such as record keeping and billing. [2] [7] The computer, as a result, would adjust the call center's acceptance rate automatically, greatly reducing the overloading problem. [9] The system became known as stored program control. [11]

Hoover's thinking about the invention happened while she was in a hospital recuperating after having given birth to her second daughter, according to several sources. [11] [7] [12] Lawyers for Bell Labs handling the patent had to go to her house to visit her while she was on maternity leave so that she could sign the papers. [1] The result of the invention was much more robust service to callers during peak load times:

To my mind it was kind of common sense ... I designed the executive program for handling situations when there are too many calls, to keep it operating efficiently without hanging up on itself. Basically it was designed to keep the machine from throwing up its hands and going berserk.

For her invention, termed Feedback Control Monitor for Stored Program Data Processing System, Hoover was awarded patent #3,623,007 in November 1971, one of the first software patents ever issued. [10] The patent was applied for in 1967 and issued in 1971. [2] [13] As a result of her invention, she became the first woman supervisor of a technical department at Bell Labs. [4] [7] She headed the operations support department in 1987. [5] The principles of her invention are still being used in telecommunications equipment in the 21st century.

Hoover worked on various high-level applications such as research radar control programs of the Safeguard Anti-Ballistic Missile System, which were systems to intercept incoming intercontinental ballistic missile warheads. [2] Her department worked on artificial intelligence methods, large databases, and transactional software to support large telephone networks. [2] She worked at Bell Labs for 32 years until retiring in 1987. [5] In addition, she served on the boards of higher education organizations in New Jersey. [2] As a member of the board of Trustees of The College of New Jersey, she was described as a visionary who was instrumental in increasing women faculty as well as enrolling the "best prepared high school graduates" in the state, and she helped build the college into a respected institution of higher education by lobbying extensively for state funding. [14]

She was awarded one of the first patents for computer software. [2] She was elected as a member of the National Inventors Hall of Fame in 2008. [11] She received the Wellesley College alumni achievement award. [2]

Nokia Bell Labs is an industrial research and scientific development company owned by Finnish company Nokia. With headquarters located in Murray Hill, New Jersey, the company operates several laboratories in the United States and around the world. Bell Labs has its origins in the complex past of the Bell System. 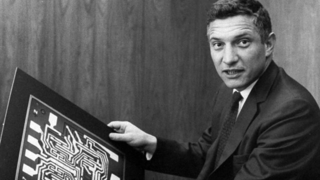 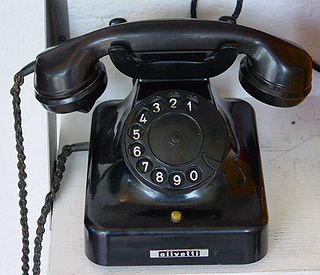 A telephone is a telecommunications device that permits two or more users to conduct a conversation when they are too far apart to be heard directly. A telephone converts sound, typically and most efficiently the human voice, into electronic signals that are transmitted via cables and other communication channels to another telephone which reproduces the sound to the receiving user. The term is derived from Greek: τῆλε and φωνή, together meaning distant voice. A common short form of the term is phone, which has been in use since the early 20th century.

The National Inventors Hall of Fame (NIHF) is an American not-for-profit organization which recognizes individual engineers and inventors who hold a U.S. patent of highly significant technology. Founded in 1973, its primary mission is to "honor the people responsible for the great technological advances that make human, social and economic progress possible." Besides the Hall of Fame, it also operates a museum in Alexandria, Virginia, and a former middle school in Akron, Ohio, and sponsors educational programs, a collegiate competition, and special projects all over the United States to encourage creativity among students.

Almon Brown Strowger was an American inventor who gave his name to the Strowger switch, an electromechanical telephone exchange technology that his invention and patent inspired.

Lewis Howard Latimer was an American inventor and patent draftsman for the lightbulb and telephone.

George Robert Stibitz was a Bell Labs researcher internationally recognized as one of the fathers of the modern first digital computer. He was known for his work in the 1930s and 1940s on the realization of Boolean logic digital circuits using electromechanical relays as the switching element. 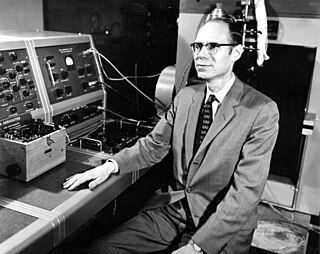 John Robinson Pierce, was an American engineer and author. He worked extensively in the fields of radio communication, microwave technology, computer music, psychoacoustics, and science fiction. As a sideline to his professional career he wrote science fiction for many years under various names: John Pierce, John R. Pierce, and J. J. Coupling. Born in Des Moines, Iowa, he earned his PhD from Caltech, and died in Sunnyvale, California, from complications of Parkinson's Disease. 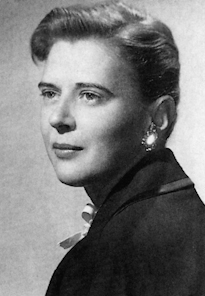 Beatrice Alice Hicks was an American engineer, the first woman engineer to be hired by Western Electric, and both co-founder and first president of the Society of Women Engineers. Despite entering the field at a time where engineering was seen as an inappropriate career for a woman, Hicks held a variety of leadership positions and eventually became the owner of an engineering firm. During her time there, Hicks developed a gas density switch that would be used in the U.S. space program, including the Apollo moon landing missions.

Alfred Yi Cho is the Adjunct Vice President of Semiconductor Research at Alcatel-Lucent's Bell Labs. He is known as the "father of molecular beam epitaxy"; a technique he developed at that facility in the late 1960s. He is also the co-inventor, with Federico Capasso of quantum cascade lasers at Bell Labs in 1994.

Radia Joy Perlman is an American computer programmer and network engineer. She is most famous for her invention of the spanning-tree protocol (STP), which is fundamental to the operation of network bridges, while working for Digital Equipment Corporation. She also made large contributions to many other areas of network design and standardization, such as link-state routing protocols.

Stored program control (SPC) is a telecommunications technology used for telephone exchanges controlled by a computer program stored in the memory of the switching system. SPC was the enabling technology of electronic switching systems (ESS) developed in the Bell System in the 1950s, and may be considered the third generation of switching technology. Stored program control was invented by Bell Labs scientist Erna Schneider Hoover in 1954 who reasoned that computer software could control the connection of telephone calls.

Raymond Waibel Ketchledge was an American engineer, known for his contributions to the first computerized telephone switching control systems.

Lorinda Cherry is a computer programmer. She received her Masters in computer science from Stevens Institute of Technology in 1969. She joined Bell Labs in 1972 as an assembly language programmer, and worked there on the Unix operating system for several years. Richard D. Gitlin is an electrical engineer, inventor, research executive, and academic whose principal places of employment were Bell Labs and the University of South Florida (USF). He is known for his work on digital subscriber line (DSL), multi-code CDMA, and smart MIMO antenna technology all while at Bell Labs.