Last updated October 03, 2021
Head of state and of government of the U.S. state of Michigan
This article is about the position of Governor of Michigan. For individual Michigan governors, see List of governors of Michigan.

The governor of Michigan is the head of state, head of government, and chief executive of the U.S. state of Michigan. The current governor is Gretchen Whitmer, a member of the Democratic Party, who was inaugurated on January 1, 2019, as the state's 49th governor. The governor is elected to a 4-year term and is limited to two terms.

Governors of Michigan, as well as their lieutenant governors, must be United States citizens who have been qualified electors in Michigan for the four years preceding election and must be at least 30 years of age. [3] A constitutional amendment adopted at the 2010 general election provides that a person is ineligible for any elected office, including governor and lieutenant governor, if convicted of a felony involving dishonesty, deceit, fraud, or a breach of the public trust, and if the conviction were related to the person's official capacity while holding any elective office or position of employment in local, state, or federal government. [4]

Elections and term of office

From statehood until the election of 1966, governors were elected to two-year terms. Elections are held in November, and the governor assumes office the following January, except in the case of death or resignation. From statehood until 1851, elections were held in odd-numbered years. A new state constitution was drafted in 1850 and took effect in 1851. As part of the process bringing the constitution into effect, there was a single one-year term of governor in 1851. Thereafter elections were held in even years.

In 1992, an amendment to the Michigan constitution imposed a lifetime term limit of two four-year terms for the office of governor. Before this, governors were not limited as to how many terms they could serve; John Engler, the governor at the time, served three terms as his first term occurred before the restriction. Engler was reelected in 1994 and 1998 before being term limited in 2002.

The governor has responsibilities to:

The governor appoints the members of the governing boards of 10 of the state's 13 public universities [lower-alpha 1] and department commissions.

Forty-seven people have been governor of the state over forty-nine distinct periods, with two, John S. Barry and Frank Fitzgerald, serving non-consecutive terms. Before statehood, there were five governors of the Michigan Territory. Stevens T. Mason, Michigan's first governor, also served as a territorial governor. He was elected governor at age 23 as a member of the Democratic Party in 1835 and served until 1840. Mason was the youngest state governor in United States history.

Jennifer Granholm became the first female governor of Michigan on January 1, 2003, when she succeeded Engler; she served for 8 years, until January 1, 2011. 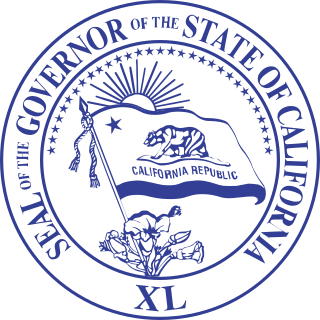 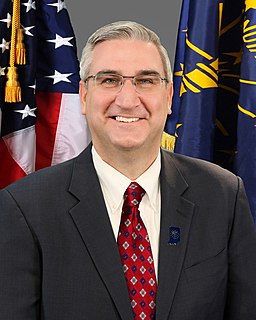 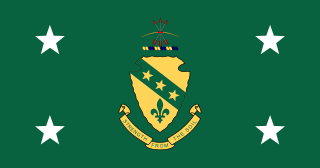 The governor of Oregon is the head of government of Oregon and serves as the commander-in-chief of the state's military forces. The title of governor was also applied to the office of Oregon's chief executive during the provisional and U.S. territorial governments.

Mark Allen Hackel is a politician and the County Executive of Macomb County, Michigan. He is the first person to hold that position, which was established by a new charter for county government that voters approved in 2008. He was elected to a four-year term in 2010 and strongly re-elected in 2014 and 2018.

In the United States, a governor serves as the chief executive officer and commander-in-chief in each of the fifty states and in the five permanently inhabited territories, functioning as head of government therein. As such, governors are responsible for implementing state laws and overseeing the operation of the state executive branch. As state leaders, governors advance and pursue new and revised policies and programs using a variety of tools, among them executive orders, executive budgets, and legislative proposals and vetoes. Governors carry out their management and leadership responsibilities and objectives with the support and assistance of department and agency heads, many of whom they are empowered to appoint. A majority of governors have the authority to appoint state court judges as well, in most cases from a list of names submitted by a nominations committee.

The 2002 Michigan gubernatorial election was one of the 36 United States gubernatorial elections held on November 5, 2002. Incumbent Republican Governor John Engler, after serving three terms, was term-limited and was ineligible to run for a fourth term; his lieutenant governor Dick Posthumus, also a Republican, ran in his place. Jennifer Granholm, then Attorney General of Michigan, ran on the Democratic Party ticket. Douglas Campbell ran on the Green Party ticket, and Joseph M. Pilchak ran on the Constitution Party ticket.

The 2022 Michigan gubernatorial election will take place on November 8, 2022, to elect the Governor of Michigan. Incumbent Democratic Governor Gretchen Whitmer is running for re-election to a second term. 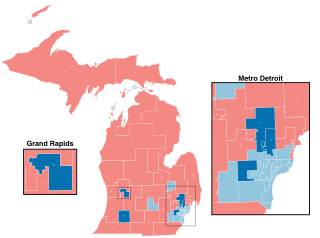