The magazine was conceived by TP Media. Ireland's large PlayStation adoption rate[ citation needed ] and the greatly increased prices of imported UK publications at the time were contributing factors in launching such a magazine.[ citation needed ] The Official UK PlayStation Magazine published by Future Publishing could cost up to £9.99 IEP due to Irish import fees.

Differences between the UK version

Although the first three issues of the magazine had the same cover as the UK magazine, OIPM's content was original and written by a team in Ireland, headed by Kevin MacDermot. Certain features were directly taken from the UK version. The magazine's A-Z section was also taken from the UK version, although all future entries were based on OIPM's reviews, not the UK ones. 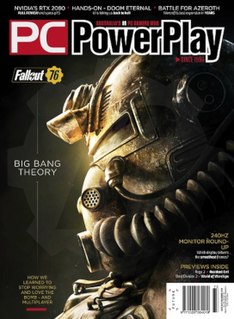 PC PowerPlay (PCPP) is Australia's only dedicated PC games magazine. PC PowerPlay focuses on news and reviews for upcoming and newly released games on the Microsoft Windows platform. The magazine also reviews computer hardware for use on gaming computers. The magazine is published by Future Australia. 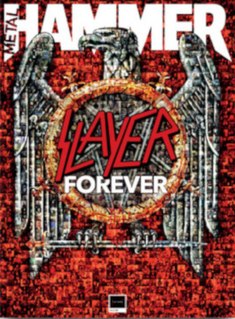 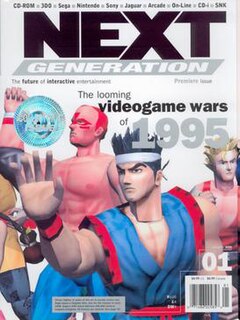 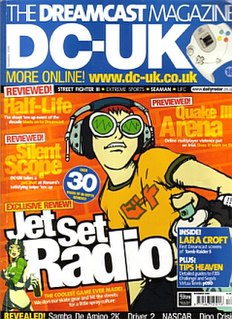 DC-UK was a Dreamcast video game magazine published by Future plc in the United Kingdom. Its first issue was published in August 1999 and it ran until 2001. The magazine was launched by ex-Edge deputy editor Caspar Field, who edited the first seven issues. After his departure to launch the children's Dreamcast magazine, Mr Dreamcast, associate editor Keith Stuart took over until issue 19. At this point, then-deputy editor Lee Hart took over for the single issue that remained.

V-Rally is a racing video game developed by Infogrames Multimedia and released for the PlayStation console in 1997. The first game in the V-Rally series, it is based on the 1997 and 1998 World Rally Championship seasons, and features officially licensed cars and tracks inspired by real locations of rally events. Players drive rally cars through a series of stages spread over eight different locations, ranging from European countries like England, Spain or Sweden, to island countries such as Indonesia and New Zealand. As a simulation game, V-Rally places a strong emphasis on replicating the behavior physics of real cars and generally requires more practice than arcade-style racers.

Formula One 99 is a racing video game developed by Studio 33 and published by Psygnosis. The game was released in 1999 for Microsoft Windows & PlayStation. It is a sequel to the 1998 video game Formula 1 98, and was based on the 1999 Formula One season.

Future US, Inc. is an American media corporation specializing in targeted magazines and websites in the video games, music, and technology markets. Future US is headquartered in New York City with small offices in Alexandra and Minneapolis. Future US is owned by parent company, Future plc, a specialist media company based in the United Kingdom. 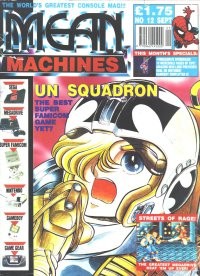 Mean Machines was a multi-format gaming magazine released between 1990 and 1992 in the United Kingdom.

Nicktoons is a British pay television channel launched on 22 July 2002. It is a cartoon-based sister channel to Nickelodeon. The channel airs Nicktoons, as well as acquired programming from outside providers. Unlike the United States version, it has been ad-supported since launch.

Nick Jr. is a British television channel in the United Kingdom and Ireland operated by a joint venture between Viacom International Media Networks Europe and Sky. The channel is aimed at pre-school children.

Official PlayStation Magazine may refer to one of several magazines: 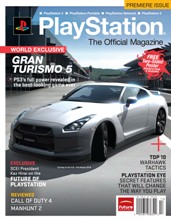 PlayStation World (PSW) was a monthly video games magazine that covered the PlayStation brand. The pages were featured news, previews, reviews and letter pages. It was launched in 2000, published by Computec Media. The magazine had a circulation of 17,132 along with a readership of 210,000. The UK portion of Computec Media was acquired by Future Publishing in 2003, with the title added to Future's portfolio. At the time of the acquisition, the magazine had an average monthly circulation of 53,349. By 2007, the magazine's circulation had decreased to 17,132. On 13 August 2009, Future Publishing announced it was to close the PSW magazine, citing "decreasing demand" as the reason for the publication's closure.

There are several different versions of PC Magazine. The UK edition was taken over by VNU in 2000 and ceased publication in 2002, although they still maintain a website. The columnists moved to Personal Computer World.