Old Lutherans were originally German Lutherans in the Kingdom of Prussia, notably in the Province of Silesia, who refused to join the Prussian Union of churches in the 1830s and 1840s. Prussia's king Frederick William III was determined to unify the Protestant churches, to homogenize their liturgy, organization and even their architecture. In a series of proclamations over several years the Church of the Prussian Union was formed, bringing together the majority group of Lutherans, the minority of Reformed. The main effect was that the government of Prussia had full control over church affairs, with the king recognized as the leading bishop. [1] [2]

Attempted suppression of the Old Lutherans led many to emigrate to Australia, Canada, and the United States, resulting in the creation of significant Lutheran denominations in those countries.

The legacy of Old Lutherans also survives in the Independent Evangelical Lutheran Church in modern Germany.

Main article: Prussian Union of churches § Quarrels over the union

In 1799 King Frederick William III of Prussia issued a decree for a new common liturgical Agenda (service book) to be published, for use in both the Lutheran and Reformed congregations. To accomplish this, a commission to prepare a common agenda was formed.

After more than 20 years of effort, a common liturgical agenda was finally published in 1821. The agenda was not well received by many Lutherans, as it was seen to compromise in the wording of the Words of Institution, to the point where the Real Presence of Christ in the Eucharist was not proclaimed.

The Protestant congregations were directed in 1822 to use only the newly formulated agenda for worship. This met with strong objections and non-compliance from Lutheran pastors around Prussia. [3]

The liturgical agenda was subsequently modified to appease many of the objections of the dissenting Lutherans, and in 1830 Frederick William ordered all Protestant congregations in Prussia to celebrate the Lord's Supper using the new agenda.

Rather than having the unifying effect that Frederick William desired, the decree created a great deal of dissent among Lutheran congregations. [4]

In a compromise with dissenters, who had now earned the name "Old Lutherans", in 1834 Frederick William issued a decree which stated that Union would only be in the areas of governance and liturgy, but the respective congregations could retain their confessional identities. In addition to this, dissenters were forbidden from organizing sectarian groups. [3]

In defiance of this decree, a number of Lutheran pastors and congregations continued to use the old liturgical agenda and sacramental rites of the Lutheran church.

Becoming aware of this defiance, officials sought out those who acted against the decree. Pastors who were caught were suspended from their ministry. If suspended pastors were caught acting in a pastoral role, they were imprisoned. [3]

Among the leaders of the Old Lutherans was Johann Gottfried Scheibel (1783-1843). Scheibel was a professor of theology in Breslau from 1818 until 1830 when he was suspended from his post for his dissenting views.

Scheibel came to prominence as a leader of the Old Lutherans in the dissent against the Prussian Union. He spoke, preached and wrote against the Union, which consequently resulted in suspension from his post as theological professor.

Undaunted, Scheibel continued in his dissent as he moved to new cities. He was at Dresden in 1832 where he was ordered to leave that same year. He moved to Hermsdorf, where likewise he was asked to leave in 1836, then on to Glauchau and Nuremberg. [5]

He died at Nuremberg about the time that he was being restored to his post as professor at Breslau. [5]

Upon Frederick William's death in 1840, persecution of the Old Lutherans eased substantially. However, Old Lutherans continued to find themselves marginalized, especially the clergy who did not have many of the same rights and support accorded to clergy of the Union church.

By 1835 many dissenting Old Lutheran groups were looking to emigration as a means to finding religious freedom. Some groups emigrated to Australia and the United States in the years leading up to 1841.

The first Lutherans to come to Australia in any significant number were immigrants from Prussia, who arrived in South Australia in 1838 with Pastor August Kavel. These immigrants created three settlements at Klemzig, Hahndorf, and Glen Osmond. In 1841, a second wave of Prussian immigrants arrived, led by Pastor Gotthard Fritzsche. His group settled in Lobethal and Bethanien. [7]

The Lutherans in Western Australia established the Killalpaninna Mission (Bethesda) Station at Cooper's Creek. Johann Flierl, the pioneer missionary of German New Guinea, served there for seven years (1878-1885). [8] When he left for Kaiser-Wilhelmsland in 1885, his cousin, also named Johann Flierl, replaced him at the mission. [9]

There have been five waves of migration into the Lutheran Church in New Zealand:

In the 1840s people came from Germany. In the 1860s a second wave of migrants from Germany settled in Marton in the Rangitikei. Some had first settled in Australia. In the 1870s significant numbers arrived from Denmark and the rest of Scandinavia. In the years after World War II many came from Europe. In the last 10–15 years there has been an influx of people from Africa, Asia and other parts of the world.

Lutheran missionaries first arrived in New Zealand in 1843, just three years after the signing of the Treaty of Waitangi.

The first Lutheran Missionaries arrived in Otago in January 1843. They found that the Wesleyan and Anglican Mission Societies were already well established in New Zealand. They therefore took up the suggestion that they move to the Chatham Islands where they arrived on 20 February of that year. As someone said, they had "...faith in their souls and next to nothing in their pockets."

In June of the same year, 1843, a shipload of German migrants arrived in Nelson. They settled in what is now Upper Moutere and built a church. There is still a thriving Lutheran congregation worshipping on this site.

In the 1860s a number of German people arrived in the Rangitikei. They convinced others from German speaking communities in South Australia to join them. Most initially settled along Pukepapa Road in Marton, which is still the location of the St Martin's Lutheran Church.

In the 1870s other Lutheran migrants arrived in New Zealand including large numbers from Scandinavia who settled in the Wairarapa, Manawatu and Hawkes Bay regions. Norsewood and Dannevirke owe their origins to these settlers.

Numerous waves of Old Lutherans immigrated to the United States as well during this time period. Among them was a group from Prussia of about 1000 Old Lutherans. They were from Erfurt, Magdeburg and the surrounding area, led by J. A. A. Grabau. They emigrated to the United States in summer 1839. Grabau and his friends founded the "Synod of Lutherans immigrated from Prussia", afterward known as the Buffalo Synod. [10]

Thousands of other Old Lutherans settled in the Midwest and Upper Midwest of the United States during this period. In addition to Old Lutherans there were also Neo-Lutheran immigrants from the German Kingdom of Saxony, where there was no evangelical union. Lutheran pastor Martin Stephan and nearly 1100 other Saxon Lutherans left for the United States in November 1838, eventually settling in and around St. Louis, Missouri in the Saxon Lutheran immigration of 1838–39. These were the predecessors to the Lutheran Church–Missouri Synod. [7]

The Independent Evangelical-Lutheran Church is a confessional Lutheran church body of Germany. It is a member of the European Lutheran Conference and of the International Lutheran Council (ILC). The SELK has about 33,000 members in 174 congregations. The seat of SELK is in Hanover.

Gotthard Daniel Fritzsche was a Prussian-Australian pastor who became instrumental in furthering that religion in South Australia. He was born in Liebenwerda, in the Electorate of Saxony, Germany, and migrated to Australia in 1841. From 1842–1863, he was pastor of the Evangelical Lutheran Church. He died and was buried at Lobethal, South Australia. 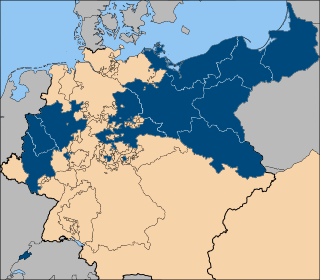 The Prussian Union of Churches was a major Protestant church body which emerged in 1817 from a series of decrees by Frederick William III of Prussia that united both Lutheran and Reformed denominations in Prussia. Although not the first of its kind, the Prussian Union was the first to occur in a major German state.

The history of theLutheran Church of Australia is the sequence of events related to divisions, mergers and affiliations of Lutheran church organisations from the time Lutheranism first arrived in Australia, to the time of unification of the two main synods in 1966. 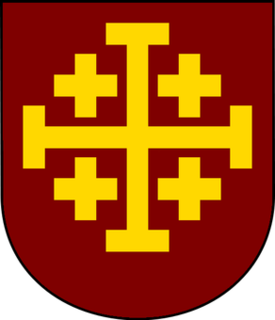 The Evangelical Lutheran Church in Lithuania is a Lutheran church body comprising congregations in Lithuania. The ELCL is a member of the Porvoo Communion and the Lutheran World Federation. 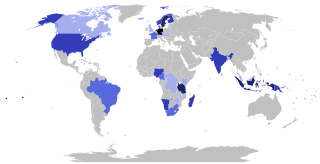 Lutheranism is present on all inhabited continents with an estimated 80 million adherents, out of which 74.2 million are affiliated with the Lutheran World Federation. A major movement that first began the Reformation, it constitutes one of the largest Protestant branches claiming around 80 million out of 920 million Protestants. The Lutheran World Federation brings together the vast majority of Lutherans. Apart from it, there are also other organisations such as the International Lutheran Council and the Confessional Evangelical Lutheran Conference, as well as multiple independent Lutheran denominations. 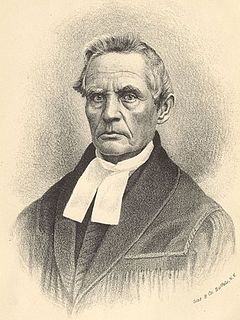 Johannes Andreas August Grabau was an influential German-American Old Lutheran pastor and theologian. He is usually mentioned as J. A. A. Grabau. 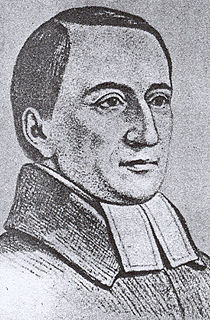 Johann Gottfried Scheibel was a German theologian and a leader of the Old Lutherans. 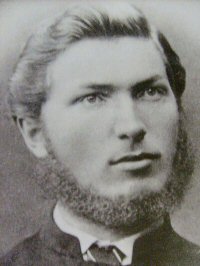 Johann Flierl was a pioneer Lutheran missionary in New Guinea. He established mission schools and organised the construction of roads and communication between otherwise remote interior locations. Under his leadership, Lutheran evangelicalism flourished in New Guinea. He founded the Evangelical Lutheran Mission in the Sattelberg, and a string of filial stations on the northeastern coast of New Guinea including the Malahang Mission Station. 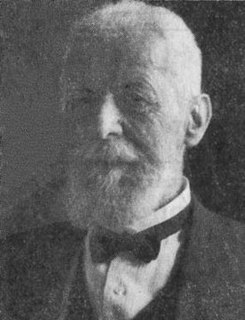 Wilhelm Iwan, author, historian, and Lutheran theologian lived from 1871 until 1958. As a historian, he documented the 19th century exodus from Prussia (Germany) to America and Australia by a group who sought religious freedom. In 1945 he fled from his homeland and lived the remainder of his life as a refugee in West Germany. 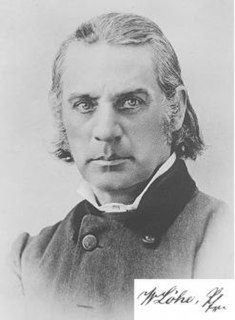 Johann Konrad Wilhelm Löhe was a pastor of the Lutheran Church, Confesional Lutheran writer, and is often regarded as being a founder of the deaconess movement in Lutheranism and a founding sponsor of the Lutheran Church–Missouri Synod (LCMS). From the small town of Neuendettelsau, he sent pastors to North America, Australia, New Guinea, Brazil, and the Ukraine. His work for a clear confessional basis within the Bavarian church sometimes led to conflict with the ecclesiastical bureaucracy. His chief concern was that a parish find its life in the eucharist, and from that source evangelism and social ministries would flow. Many Lutheran congregations in Michigan, Ohio, and Iowa were either founded or influenced by missionaries sent by Löhe. He is commemorated on 2 January by the calendars of both the LCMS and the Evangelical Lutheran Church in America.

The Evangelical Lutheran Church in Jordan and the Holy Land (ELCJHL) is a Lutheran denomination that has congregations in Jordan and State of Palestine. First recognized as an autonomous religious community by King Hussein in 1959, the church currently has 3,000 members in six congregations.

The Malahang Mission Station is a Lutheran filial station situated in Malahang, Morobe Province in Papua New Guinea now under the auspices of the Evangelical Lutheran Church of Papua New Guinea. The Mission station is located on Busu Road, Malahang opposite the Malahang Industrial Area.

The Saxon Lutheran immigration of 1838–39 was a migration of Confessional German Lutherans seeking religious freedom in the United States in the early 19th century. The migrants were among the original founders of the Lutheran Church–Missouri Synod.