Quantum metrology is the study of making high-resolution and highly sensitive measurements of physical parameters using quantum theory to describe the physical systems, [1] [2] [3] [4] [5] [6] particularly exploiting quantum entanglement and quantum squeezing. This field promises to develop measurement techniques that give better precision than the same measurement performed in a classical framework. Together with quantum hypothesis testing, [7] [8] it represents an important theoretical model at the basis of quantum sensing. [9] [10]

A basic task of quantum metrology is estimating the parameter

of the unitary dynamics

is the initial state of the system and

is the Hamiltonian of the system.

is estimated based on measurements on

Typically, the system is composed of many particles, and the Hamiltonian is a sum of single-particle terms

acts on the kth particle. In this case, there is no interaction between the particles, and we talk about linear interferometers.

An important application of particular note is the detection of gravitational radiation in projects such as LIGO or the Virgo interferometer, where high-precision measurements must be made for the relative distance between two widely-separated masses. However, the measurements described by quantum metrology are currently not used in this setting, being difficult to implement. Furthermore, there are other sources of noise affecting the detection of gravitational waves which must be overcome first. Nevertheless, plans may call for the use of quantum metrology in LIGO. [13]

Scaling and the effect of noise

A central question of quantum metrology is how the precision, i.e., the variance of the parameter estimation, scales with the number of particles. Classical interferometers cannot overcome the shot-noise limit

the number of particles. Quantum metrology can reach the Heisenberg limit given by

However, if uncorrelated local noise is present, then for large particle numbers the scaling of the precision returns to shot-noise scaling

There are strong links between quantum metrology and quantum information science. It has been shown that quantum entanglement is needed to outperform classical interferometry in magnetrometry with a fully polarized ensemble of spins. [16] It has been proved that a similar relation is generally valid for any linear interferometer, independent of the details of the scheme. [17] Moreover, higher and higher levels of multipartite entanglement is needed to achieve a better and better accuracy in parameter estimation. [18] [19] 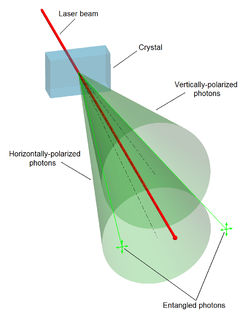 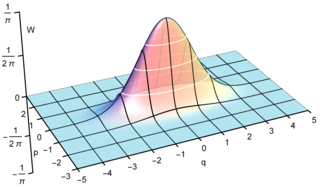 In quantum mechanics, einselections, short for "environment-induced superselection", is a name coined by Wojciech H. Zurek for a process which is claimed to explain the appearance of wavefunction collapse and the emergence of classical descriptions of reality from quantum descriptions. In this approach, classicality is described as an emergent property induced in open quantum systems by their environments. Due to the interaction with the environment, the vast majority of states in the Hilbert space of a quantum open system become highly unstable due to entangling interaction with the environment, which in effect monitors selected observables of the system. After a decoherence time, which for macroscopic objects is typically many orders of magnitude shorter than any other dynamical timescale, a generic quantum state decays into an uncertain state which can be decomposed into a mixture of simple pointer states. In this way the environment induces effective superselection rules. Thus, einselection precludes stable existence of pure superpositions of pointer states. These 'pointer states' are stable despite environmental interaction. The einselected states lack coherence, and therefore do not exhibit the quantum behaviours of entanglement and superposition. 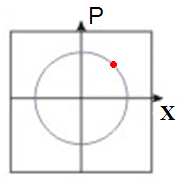 Quantum tomography or quantum state tomography is the process by which a quantum state is reconstructed using measurements on an ensemble of identical quantum states. The source of these states may be any device or system which prepares quantum states either consistently into quantum pure states or otherwise into general mixed states. To be able to uniquely identify the state, the measurements must be tomographically complete. That is, the measured operators must form an operator basis on the Hilbert space of the system, providing all the information about the state. Such a set of observations is sometimes called a quorum.

The field of quantum sensing deals with the design and engineering of quantum sources and quantum measurements that are able to beat the performance of any classical strategy in a number of technological applications. This can be done with photonic systems or solid state systems.

In the case of systems composed of subsystems, the classification of quantum-entangledstates is richer than in the bipartite case. Indeed, in multipartite entanglement apart from fully separable states and fully entangled states, there also exists the notion of partially separable states.

In applied mathematics, the numerical sign problem is the problem of numerically evaluating the integral of a highly oscillatory function of a large number of variables. Numerical methods fail because of the near-cancellation of the positive and negative contributions to the integral. Each has to be integrated to very high precision in order for their difference to be obtained with useful accuracy.

The spin stiffness or spin rigidity or helicity modulus or the "superfluid density" is a constant which represents the change in the ground state energy of a spin system as a result of introducing a slow in plane twist of the spins. The importance of this constant is in its use as an indicator of quantum phase transitions—specifically in models with metal-insulator transitions such as Mott insulators. It is also related to other topological invariants such as the Berry phase and Chern numbers as in the Quantum hall effect.

Spin squeezing is a quantum process that decreases the variance of one of the angular momentum components in an ensemble of particles with a spin. The quantum states obtained are called spin squeezed states. Such states can be used for quantum metrology, as they can provide a better precision for estimating a rotation angle than classical interferometers.

Many body localization (MBL) is a dynamical phenomenon occurring in isolated many-body quantum systems. It is characterized by the system failing to reach thermal equilibrium, and retaining a memory of its initial condition in local observables for infinite times.

The symmetric logarithmic derivative is an important quantity in quantum metrology, and is related to the quantum Fisher information.