Quantum cosmology [1] [2] is the attempt in theoretical physics to develop a quantum theory of the Universe. This approach attempts to answer open questions of classical physical cosmology, particularly those related to the first phases of the universe.

Classical cosmology is based on Albert Einstein's general theory of relativity (GTR or simply GR) which describes the evolution of the universe very well, as long as you do not approach the Big Bang. It is the gravitational singularity and the Planck time where relativity theory fails to provide what must be demanded of a final theory of space and time. Therefore, a theory is needed that integrates relativity theory and quantum theory. [3] Such an approach is attempted for instance with loop quantum cosmology, loop quantum gravity, string theory and causal set theory. [4]

In quantum cosmology, the universe is treated as a wave function instead of classical spacetime. [5] 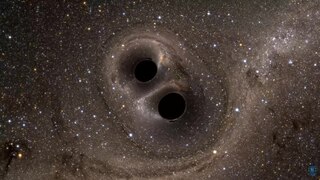 General relativity, also known as the general theory of relativity, is the geometric theory of gravitation published by Albert Einstein in 1915 and is the current description of gravitation in modern physics. General relativity generalizes special relativity and refines Newton's law of universal gravitation, providing a unified description of gravity as a geometric property of space and time or four-dimensional spacetime. In particular, the curvature of spacetime is directly related to the energy and momentum of whatever matter and radiation are present. The relation is specified by the Einstein field equations, a system of partial differential equations.

In theories of quantum gravity, the graviton is the hypothetical quantum of gravity, an elementary particle that mediates the force of gravity. There is no complete quantum field theory of gravitons due to an outstanding mathematical problem with renormalization in general relativity. In string theory, believed to be a consistent theory of quantum gravity, the graviton is a massless state of a fundamental string.

A theory of everything, final theory, ultimate theory, or master theory is a hypothetical, singular, all-encompassing, coherent theoretical framework of physics that fully explains and links together all physical aspects of the universe. Finding a TOE is one of the major unsolved problems in physics. String theory and M-theory have been proposed as theories of everything. Over the past few centuries, two theoretical frameworks have been developed that, together, most closely resemble a TOE. These two theories upon which all modern physics rests are general relativity and quantum mechanics. General relativity is a theoretical framework that only focuses on gravity for understanding the universe in regions of both large scale and high mass: stars, galaxies, clusters of galaxies etc. On the other hand, quantum mechanics is a theoretical framework that only focuses on three non-gravitational forces for understanding the universe in regions of both small scale and low mass: sub-atomic particles, atoms, molecules, etc. Quantum mechanics successfully implemented the Standard Model that describes the three non-gravitational forces – strong nuclear, weak nuclear, and electromagnetic force – as well as all observed elementary particles. 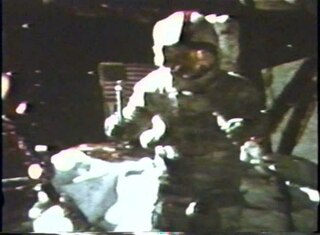 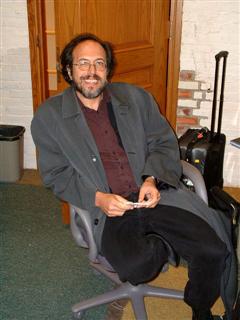 Background independence is a condition in theoretical physics, that requires the defining equations of a theory to be independent of the actual shape of the spacetime and the value of various fields within the spacetime. In particular this means that it must be possible not to refer to a specific coordinate system—the theory must be coordinate-free. In addition, the different spacetime configurations should be obtained as different solutions of the underlying equations. 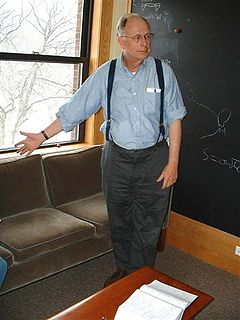 James Burkett Hartle is an American physicist. He has been a professor of physics at the University of California, Santa Barbara since 1966, and he is currently a member of the external faculty of the Santa Fe Institute. Hartle is known for his work in general relativity, astrophysics, and interpretation of quantum mechanics.

The Fabric of the Cosmos: Space, Time, and the Texture of Reality (2004) is the second book on theoretical physics, cosmology, and string theory written by Brian Greene, professor and co-director of Columbia's Institute for Strings, Cosmology, and Astroparticle Physics (ISCAP). 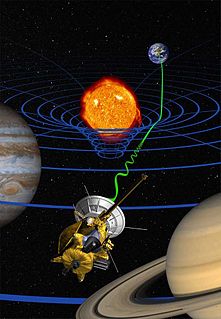 In physics, there is a speculative hypothesis that if there were a black hole with the same mass, charge and angular momentum as an electron, it would share other properties of the electron. Most notably, Brandon Carter showed in 1968 that the magnetic moment of such an object would match that of an electron. This is interesting because calculations ignoring special relativity and treating the electron as a small rotating sphere of charge give a magnetic moment that is off by roughly a factor of 2, the so-called gyromagnetic ratio.

Thanu Padmanabhan is an Indian theoretical physicist and cosmologist whose research spans a wide variety of topics in Gravitation, Structure formation in the universe and Quantum Gravity. He has published nearly 300 papers and reviews in international journals and ten books in these areas. He has made several contributions related to the analysis and modelling of dark energy in the universe and the interpretation of gravity as an emergent phenomenon. He is currently a Distinguished Professor at the Inter-University Centre for Astronomy and Astrophysics, (IUCAA) at Pune, India. 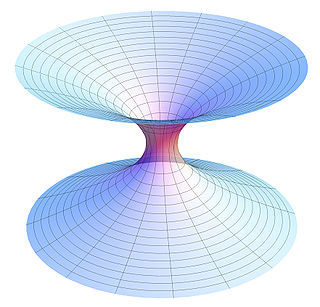 In physics, a non-relativistic spacetime is any mathematical model that fuses n–dimensional space and m–dimensional time into a single continuum other than the (3+1) model used in relativity theory.