Last updated December 19, 2022
Former constituency in the county of Lincolnshire of the House of Commons

The parliamentary borough was based upon the town of Stamford in the Parts of Kesteven (a traditional sub-division of the county of Lincolnshire).

When the borough constituency was abolished in 1885, the Stamford (or South Kesteven) division of Lincolnshire was created. This included the town of Stamford and surrounding territory. The county division was a considerably larger constituency than the borough one had been.

The Victoria County History of the County of Lincoln includes some information about the representation of Stamford in early times.

Stamford, on the other hand, which had sent Nicholas de Burton and Clement de Melton to the Parliament of 1295, only exercised what its burghers probably regarded as an onerous privilege once in the reign of Edward II when in 1322 it elected Eustace Malherbe and Hugh de Thurleby.

A further paragraph relates the position before and after the borough began to send representatives regularly in 1467.

Stamford for some 150 years after the reign of Edward II apparently forbore to exercise its onerous privilege of returning members. In the seventeenth century it was afflicted with the usual controversy prevalent in small communities as to where the right of election lay, and the Committee of Privileges reported in 1661 'That the right of election was in such freemen only as paid scot and lot'.

Sedgwick explained in The House of Commons 1715-1754 that before 1727 the Bertie and Cecil families each nominated one member. From 1727 the Cecil interest controlled both seats. An attempt was made by Savile Cust in 1734 to establish an electoral interest in the borough, [1] but when this failed the Cecils were left with a secure pocket borough.

Namier and Brooke in The House of Commons 1754-1790 confirmed that before the Reform Act 1832 the right of election was in the inhabitants of the parliamentary borough paying scot and lot, a local tax. They estimated the number of voters at about 500 (unchanged from Sedgwick's estimate for the earlier part of the century). In 1754–1790, despite the comparatively large electorate, the constituency was under the control of the Earl of Exeter (the head of the senior branch of the House of Cecil) and elections were uncontested formalities.

The Reform Act replaced the scot and lot franchise with an occupation franchise, which slightly reduced the size of the electorate. This was because the value of the property occupation of which conferred a vote, was higher than that for houses upon which scot and lot became payable.

The area was strongly Tory or Conservative in politics. From 1801 until 1918 it only twice elected an MP from other parties (a Whig in 1831 and a Liberal in 1880). Elections before the 1874 United Kingdom general election were usually uncontested.

The borough had some distinguished representatives in the 19th century. It returned two of the three members of the triumvirate which attempted to lead the protectionist Tories in the House of Commons. The Marquess of Granby had little to commend himself as a political leader, apart from the social prestige of being the heir to the Duke of Rutland. He was briefly sole leader in 1848 before the triumvirate was created in the following year and continued until his resignation in 1851. John Charles Herries had at least held senior ministerial office. Both the Stamford MPs were easily eclipsed by the rising star of their colleague Benjamin Disraeli.

A more significant historical figure was Lord Robert Cecil (Viscount Cranborne 1865–1868) who represented the borough between 1853 and 1868. As the Marquess of Salisbury he was the leading figure in the Conservative Party from the death of Disraeli in 1881 until he retired as Prime Minister in 1902.

Under the Reform Act 1867 the borough electorate was expanded, but it lost one seat in Parliament from the 1868 United Kingdom general election.

The Representation of the People Act 1884 further expanded the electorate. The Redistribution of Seats Act 1885 abolished the borough constituency but created an expanded county division of the same name. These changes took effect with the 1885 United Kingdom general election.

Under the Representation of the People Act 1918 the electorate was again expanded, but the Stamford area was combined with the county of Rutland in a new Rutland and Stamford constituency.

After this date no members were returned for a considerable period.

The bloc vote electoral system was used in two seat elections and first past the post for single member by-elections. Each voter had up to as many votes as there were seats to be filled. Votes had to be cast by a spoken declaration, in public, at the hustings (until the secret ballot was introduced in 1872).

Note on sources: The information for the election results given below is taken from Namier and Brooke 1754–1790, Stooks Smith 1790-1832 and Craig from the 1832 United Kingdom general election. Where Stooks Smith gives additional information or differs from the other sources this is indicated in a note after the result.

Note (1812): Stooks Smith records that the polls were open for two days

Note (1818): Stooks Smith records that the polls were open for one day

Note (1830): Stooks Smith records that the polls were open for four days

Note (1831): Stooks Smith records that the polls were open for three days

Note (1847): Stooks Smith has a registered electorate figure of 613, but Craig's figure of 616 is used to calculate turnout.

Lawrance resigned after being appointed a Judge of the Queen's Bench division of the High Court of Justice, causing a by-election.

Another General Election was required to take place before the end of 1915. The political parties had been making preparations for an election to take place and by the July 1914, the following candidates had been selected; 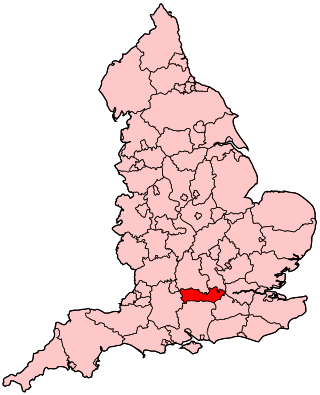 Windsor (/ˈwɪnzə/) is a constituency in Berkshire represented in the House of Commons of the UK Parliament since 2005 by Adam Afriyie of the Conservative Party. It was re-created for the 1997 general election after it was abolished following the 1970 general election and replaced by the Windsor and Maidenhead constituency. 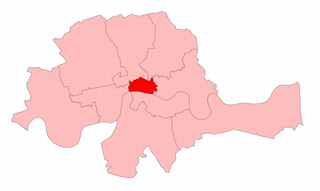 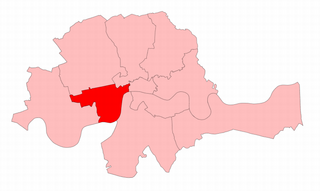