The album is named after a 1966 Spaghetti Western of the same name, directed by Sergio Sollima, starring Lee Van Cleef, and scored by Morricone. The album was first released in 1985 on the Nonesuch/Icon label. In 2000 a remastered 15th Anniversary Edition with additional tracks was released on CD on Zorn's Tzadik Records label. [2]

In 1985 Zorn had been working in New York City's experimental music scene for almost a decade (the album was originally to be called "Once Upon a Time in the Lower East Side"), but The Big Gundown launched him to wider prominence. In the notes for the 2000 reissued CD, Zorn describes The Big Gundown as representing a creative breakthrough as well for being the first time he worked extensively with multi-track recording, overdubbing and ornate orchestration. Though his main instrument is alto sax, Zorn did not play on most tracks, adding only a few touches of piano, game calls, harpsichord or musical saw.

The AllMusic review by Scott Yanow awarded the album 4​1⁄2 stars stating "There are certainly no dull moments on this often-riotous program". [7]

The Penguin Guide to Jazz selected this album as part of its suggested "Core Collection" and awarded it a "crown", calling it "utterly remarkable in every way and one of the essential records of the '80s". [1] 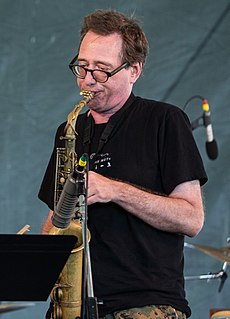 John Zorn is an American composer, arranger, record producer, saxophonist, and multi-instrumentalist. His music crosses genres that include jazz, rock, hardcore, classical, surf, metal, soundtrack, ambient, and improvised music. Zorn incorporates diverse styles and compositional methods in his works, which he identifies as avant-garde or experimental. In 2013, Down Beat described Zorn as "one of our most important composers". 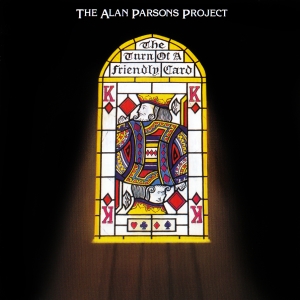 The Turn of a Friendly Card is the fifth studio album by the British progressive rock band The Alan Parsons Project, released in 1980 by Arista Records. It is a concept album that revolves around the theme of gambling and of the inherent effects that arise from gambling addiction. The title piece, which appears on side 2 of the LP, is a 16-minute suite broken up into five tracks, with the five tracks listed as sub-sections. The Turn of a Friendly Card spawned the hits "Games People Play" and "Time", the latter of which was Eric Woolfson's first lead vocal appearance. 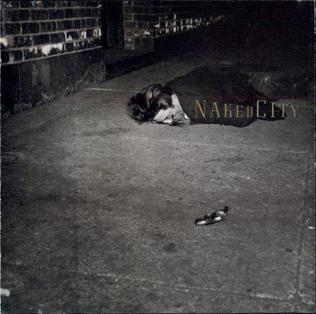 Naked City is an album by John Zorn, released on Elektra Nonesuch in February 1990. The band assembled by Zorn for the album would later be known as Naked City. The album is characterized by its covers of movie themes and its fusion of various musical genres.

Consummation is an album by the Thad Jones/Mel Lewis Jazz Orchestra. It was released in 1970 on Blue Note Records and re-released in 2002. It was recorded at A&R Studios in New York City. The album was nominated for a 1970 Grammy award in the "Best Jazz Performance - Large Group..." category. All tracks are also included on Mosaic's limited edition boxed set, The Complete Solid State Recordings of the Thad Jones/Mel Lewis Orchestra.

Daniel Zamir is an Israeli religious Jewish saxophonist and singer. Having started on alto saxophone, Zamir is mainly known for his soprano playing.

Filmworks 1986–1990 features the first released film scores of John Zorn. The album was originally released on the Japanese labels Wave and Eva in 1990, on the Nonesuch Records label in 1992, and subsequently re-released on Zorn's own label, Tzadik Records, in 1997 after being out of print for several years.

"For Zorn, filmscores have always been a place to experiment, and the FilmWorks Series is in many ways a microcosm of his prodigious output. This original installment of the FilmWorks Series presents three scores ranging from punk-rockabilly ; a jazzy Bernard Herrmann fantasy; to a quirky classical/improv/world music amalgam for Raul Ruiz's bizarre film The Golden Boat. Zorn's infamous one-minute arrangement of Morricone's classic The Good, The Bad and The Ugly, is included as a bonus track. This is the place where it all began."

Naked City Live is a live album recorded by Naked City in 1989 and released on John Zorn's Tzadik label in 2002. All of the songs, with the exception of "Erotico", "The Way I Feel" and "Skate Key", were later recorded in the studio for the band's debut album. To date it is the only official live release by the band.

Archery is an album by John Zorn featuring his early "game piece" composition of the same name. The album was first released on Parachute Records in 1982 and later released on Tzadik Records with additional rehearsal takes as a part of The Parachute Years Box Set in 1997 and as a triple CD set in 2001.

Locus Solus is an album of improvisations by John Zorn and other musicians. Originally released as a double vinyl album on Rift records in 1983 it was re-released as a CD with additional tracks on Eva/Wave in 1990 and on Zorn's Tzadik Records label in 1997. 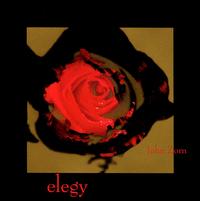 Elegy is an album by John Zorn, which was dedicated to Jean Genet, featuring four "file card" compositions titled after colors and arranged in the style of chamber music.

The Stone: Issue One is a limited edition live album of improvised experimental music by John Zorn, Dave Douglas, Rob Burger, Bill Laswell, Mike Patton and Ben Perowsky recorded at The Stone in 2006. The first 1000 copies were personally autographed by Zorn. All proceeds from the sale of this album support The Stone.

Asante is an album by jazz pianist McCoy Tyner released on the Blue Note label. It was recorded in 1970 and features performances by Tyner with Andrew White, Ted Dunbar, Buster Williams, Billy Hart, Mtume and "Songai" Sandra Smith providing vocals on two tracks. The Allmusic review by Scott Yanow states "Asante is a bit unusual for the emphasis is on group interplay rather than individual solos". The CD release adds three tracks that originally appeared on the album Cosmos (1976).

Blu Blu Blu is an album by Muhal Richard Abrams released on the Italian Black Saint label in 1991 and features performances of eight of Abrams compositions by a big band. Abrams dedicated the title track on the album to Muddy Waters.

Cannonball Adderley and the Poll-Winners is an album by jazz saxophonist Julian "Cannonball" Adderley released on the Riverside label, featuring performances by Adderley with Wes Montgomery, Ray Brown, Victor Feldman, and Louis Hayes. 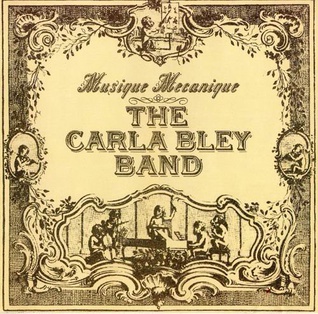 Musique Mecanique is an album by American composer, bandleader and keyboardist Carla Bley recorded in 1978 and released on the Watt/ECM label in 1979.

The Voice That Is! is an album by American jazz vocalist Johnny Hartman featuring performances recorded in 1964 for the Impulse! label.

Street of Lost Brothers is an album by Gary Lucas. It was released on October 24, 2000, through Tzadik Records.

Azure-Té' is the third studio album by American jazz singer Karrin Allyson. The album was recorded in the Soundtrek Studios of Kansas City, Missouri and was released on March 21, 1995 by Concord Jazz label.