Tibshelf Town railway station is a disused station on the former Great Central Main Line in the village of Tibshelf in Derbyshire, England.

The station was opened on 2 January 1893 by the Manchester, Sheffield and Lincolnshire Railway (later part of the Great Central Railway and subsequently the LNER), on its line from Beighton in the outskirts of Sheffield to Annesley in Nottinghamshire, which later became part of the Great Central main line to London. The station was optimistically designated Tibshelf Town, reflecting Tibshelf's aspirations to obtain official town status. Tibshelf never did become a town but the station kept this name throughout its operating life.

The line ran through a mainly industrial landscape dominated by mining. To the north of the station was a deep cutting where a tunnel was originally intended; fears of damage through mining subsidence forced the change in the plans. Tibshelf High Street crossed a bridge over this cutting.

To the south, the line crossed over the Midland Railway's branch line from Westhouses & Blackwell (on the Erewash Valley Line), to Mansfield Woodhouse, just to the east of their own Tibshelf & Newton station. This line closed to passengers on 28 July 1930 but remained in use for freight and coal trains long afterwards; the route is now a footpath but Tibshelf & Newton station still stands.

Tibshelf Town station closed on 4 March 1963, the line itself on 5 September 1966. The collieries also closed around this time, although coal mining continued to be a major source of employment for the village, with around 2,000 of Tibshelf's inhabitants still working at local pits as late as the 1980s.

The route of the Great Central line was redeveloped by Derbyshire County Council in the late 1960s and early 1970s, and now forms part of the Five Pits Trail network. These efforts received a Countryside Award in 1970, as indicated by a plaque at nearby Pilsley where the next station northwards was sited. The trail runs approximately 12 miles, from Tibshelf to Grassmoor Country Park, though with the filling in of cuttings and removal of embankments it is virtually unrecognisable as a former railway line. Similarly the collieries that had once been such conspicuous features of the landscape have vanished without trace. The area is now once again mostly rural in character. 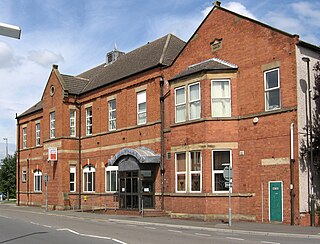 Staveley is a town and civil parish in the Borough of Chesterfield, Derbyshire, England. Located along the banks of the River Rother. It is northeast of Chesterfield, west of Clowne, northwest of Bolsover, southwest of Worksop and southeast of Sheffield. 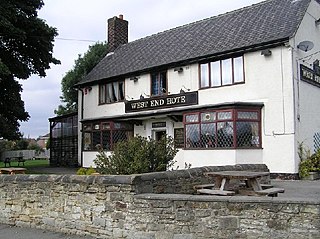 Killamarsh is a town and civil parish in North East Derbyshire, England, bordering Sheffield and South Yorkshire to the north-west. Killamarsh is surrounded by, in a clockwise direction from the north, Rother Valley Country Park, the village of Wales, South Yorkshire, Kiveton, Woodall, Harthill, Barlborough, Spinkhill, Renishaw, Eckington, and the Sheffield suburbs of Oxclose, Halfway and Holbrook. 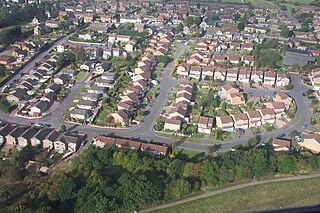 Tibshelf is a village and civil parish in the Bolsover District in Derbyshire, England. Located between the towns of Clay Cross, Shirebrook, Mansfield and Chesterfield. It had a population at the 2001 UK census of 3,548, increasing to 3,787 at the 2011 Census. Tibshelf shares its boundaries with the villages of Morton, Pilsley, Newton, Teversal and Hardstoft.

Pilsley is a village and civil parish in the district of North East Derbyshire in the county of Derbyshire, England. It is located near to the town of Chesterfield. At the 2011 Census the population was 3,487.

Tinsley Park Collieries were a group of coal mines situated in the Tinsley / Darnall area to the east of the City of Sheffield, South Yorkshire, England. 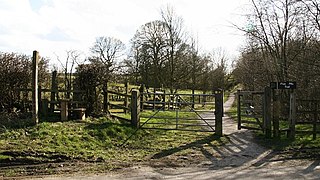 The Five Pits Trail is a rail trail in Derbyshire, England. It consists of a network of surfaced walkways for recreational use. The approximately 5.5-mile-long (8.9 km) trail links Grassmoor to Tibshelf. The Trail can be extended to 7.5 miles (12.1 km) by continuing along the route to Williamthorpe Ponds and Holmewood. Derbyshire County Council created the Five Pits Trail in 1989, following the route of the former Great Central Railway which served the five main coal mines of Grassmoor, Williamthorpe, Holmewood, Pilsley and Tibshelf. 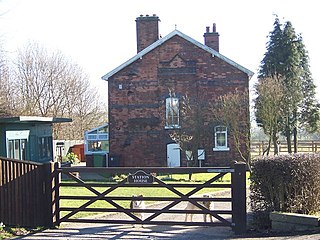 Pilsley railway station is a disused station which served the village of Pilsley in Derbyshire, England. It was on the Great Central Main Line. 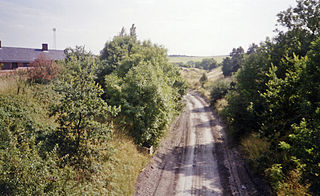 Upperthorpe and Killamarsh was a railway station in Killamarsh, North East Derbyshire, England which served the village from its opening in 1899 until its closure in 1930. It was situated on the LD&ECR's line into Sheffield between Spinkhill and Woodhouse Mill stations.

Bolsover Tunnel is a disused and infilled twin-track railway tunnel between Carr Vale and Scarcliffe in Derbyshire, England.

Staveley Town is a disused railway station in Staveley, Derbyshire in England. 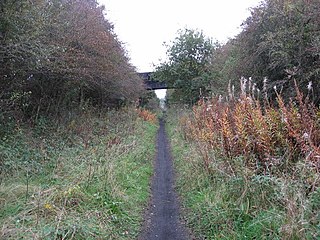 The Leen Valley lines of the Great Northern Railway were railway branch lines built to access the collieries in the Nottinghamshire coalfield in England. The Midland Railway had long been dominant in the area, but there was resentment against its monopolistic policies from coalowners, who encouraged the Great Northern Railway to build a line. The Leen Valley Line was opened in 1881; it ran as far as Annesley colliery. A passenger service was run the following year, and very considerable volumes of coal were hauled.