Tonka is an American producer of toy trucks. [2] The company was known for making steel toy models of construction type trucks and machinery. Maisto International, which makes diecast vehicles, acquired the rights to use the Tonka name in a line of 1:64 scale diecast vehicles, featuring mostly trucks.

Mound Metalcraft was created in 1946 in Mound, Minnesota, by Lynn Everett Baker (1898–1964), Avery F. Crounse, and Alvin F. Tesch. Their original intent was to manufacture garden implements. Their building's former occupant, the Streater Company, had made and patented several toys. E. C. Streater was not interested in the toy business so they approached Mound Metalcraft. The three men at Mound Metalcraft thought they might make a good side line to their other products. [3]

After some modifications to the design by Alvin Tesch and the addition of a new logo created by Erling Eklof, the company began selling metal toys, which soon became the primary business. The logo was based on a University of Minnesota drafting student's sketch by Donald B. Olson, who later became the company's chief industrial engineer. The logo used the Dakota Sioux word tanka, which means "great" or "big". [4] :14 In November, 1955, Mound Metalcraft changed its name to Tonka Toys Incorporated. The logo at this time was an oval, showing the Tonka Toys name in red above waves, presumably honoring nearby Lake Minnetonka. [5] In 1964, Tonka acquired the Mell Manufacturing Company in Chicago, Illinois, allowing it to produce barbecue grills, eventually under the Tonka Firebowl label. [4] :85–86

In 1987, Tonka purchased Kenner Parker, including UK toy giant Palitoy, for $555 million, borrowing extensively to fund the acquisition. However, the cost of servicing the debt meant Tonka itself had to find a buyer and it was eventually acquired by Hasbro in 1991. [6] In 1998, Hasbro began a licensing deal with Funrise Toys to manufacture and distribute Tonka trucks. The deal began with versions of the trucks fitted with electronics for lights and sounds, but grew to encompass the entire brand. [7]

Tonka has produced a variety of toys, including dolls ( Star Fairies , Bathing Beauties , Maple Town , and Hollywoods ) and other toys aimed at girls like Keypers and aimed at boys like Gobots , Rock Lords , Spiral Zone , and Steel Monsters . It was the original manufacturer of the Pound Puppies toy line, and in the late 1980s licensed products inspired by Maple Town .

Tonka produced video games as Tonka Video Games, including Tonka Raceway, and purchased the rights to distribute and market the Sega Master System after Sega of America stopped competing against the Nintendo Entertainment System in the US. However, the Master System's market share declined, since Tonka did not have experience with video games or how to market them. Hasbro sold the digital gaming rights for various properties (including My Little Pony , Magic: The Gathering , Tonka, Playskool, and Transformers ) to Infogrames for US$100 million in 2000, buying back the rights for US$66 million in June 2005. [8]

In 2001, Tonka trucks were inducted into the National Toy Hall of Fame at The Strong in Rochester, New York. [9] The Winifred Museum in Winifred, Montana, has a collection of more than 3,000 Tonka toys. [10]

In 2012, an animated film based on the trucks toy line was in development. It was to be produced by Sony Pictures Animation, Hasbro Studios, and Happy Madison Productions, and to be distributed by Columbia Pictures. [12] A script was written by Happy Madison alumni Fred Wolf, and was to be produced by Adam Sandler and Jack Giarraputo, Brian Goldner (CEO and president of Hasbro) and Bennett Schneir (Hasbro’s senior vice president and managing director of motion pictures). [12]

Atari is a brand name owned by several entities since its inception in 1972, currently by Atari Interactive, a subsidiary of the French publisher Atari, SA. The original Atari, Inc., founded in Sunnyvale, California in 1972 by Nolan Bushnell and Ted Dabney, was a pioneer in arcade games, home video game consoles, and home computers. The company's products, such as Pong and the Atari 2600, helped define the electronic entertainment industry from the 1970s to the mid-1980s. 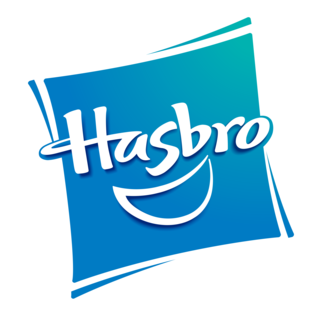 Hasbro, Inc. is an American multinational conglomerate with toy, board game, and media assets. Hasbro owns the trademarks and products of Kenner, Parker Brothers, and Milton Bradley, among others.

Parker Brothers was an American toy and game manufacturer which in 1991 became a brand of Hasbro. More than 1,800 games were published under the Parker Brothers name since 1883. Among its products were Monopoly, Cluedo, Sorry!, Risk, Trivial Pursuit, Ouija, Aggravation, Bop It, and Probe. The trade name became defunct with former products being marketed under the "Hasbro Gaming" label. However, in 2017, Hasbro revived the brand with the release of several new games which bear similarities with those of some of its previous, better-known products. 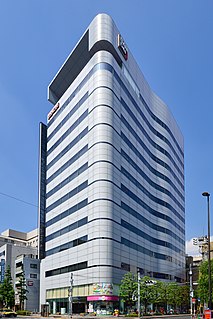 Bandai Co., Ltd. is a Japanese toy maker and a producer of many plastic model kits as well as a former video game company. It was the world's third-largest producer of toys in 2008 after Mattel and Hasbro. Some ex-Bandai group companies produce anime and tokusatsu programs. Its headquarters are located in Taitō, Tokyo.

Kenner Products was an American toy company founded in 1946. Throughout its history the Kenner brand produced several highly recognizable toys and merchandise lines including action figures like the original series of Star Wars, Jurassic Park and Batman as well as die cast models. The company was closed by its corporate parent Hasbro in 2000.

Takara Co., Ltd. (株式会社タカラ) was a Japanese toy company founded in 1955. In March 2006, the company merged with Tomy Co., Ltd. to form Takara Tomy. The Takara motto was 遊びは文化」("playing is culture").

Pound Puppies was a popular toy line sold by Tonka in the 1980s. It later inspired an animated TV special, two animated TV series, and a feature film. Shipments of the toys over five years generated sales of $300 million in 35 countries.

Maisto International Inc. is a globally marketed toy brand that is part of the May Cheong Group. Though the brand is now headquartered in California, its origins and main company today are in Hong Kong. Maisto mainly manufactures die-cast models of automobiles, aircraft, and motorcycles. The company has also manufactured a number of Tonka products under license from Hasbro. It also now owns the former Italian Bburago and Polistil brand names.

Playskool is an American company that produces educational toys and games for children. It is a subsidiary of Hasbro, Inc., and is headquartered in Pawtucket, Rhode Island. The last five letters of the brand name are a sensational spelling of "school". 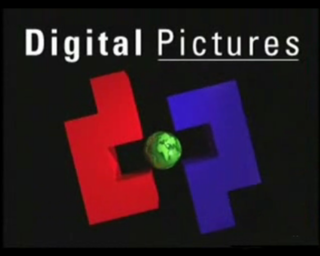 GoBots is a line of transforming robot toys produced by Tonka from 1983 to 1987, similar to Hasbro's Transformers. Although initially a separate and competing line of toys, Tonka's Gobots became the intellectual property of Hasbro after their buyout of Tonka in 1991. Subsequently, the universe depicted in the animated series Challenge of the GoBots and follow-up film GoBots: Battle of the Rock Lords was established as an alternate universe within the Transformers multiverse. While Hasbro now owns the fictional side of the property, the actual toys and their likenesses were only licensed from Bandai in the 1980s, were not covered by the Tonka acquisition, and are not available for Hasbro use.

Frédérick Raynal[fʁedeʁik ʁɛnal] is a French video game designer and programmer, notable for his game developments in Infogrames, Adeline Software International and No Cliché. He is married to Yaël Barroz, a fellow game designer, with whom he has two children.

Atari, Inc. formerly known as GT Interactive Software Corp. is an American subsidiary and publishing arm of Atari, SA. Formed in 1993 as the video game publishing arm of GoodTimes Home Video, the company subsequently majority acquired by Infogrames in 1999, and later renaming it Infogrames, Inc. As part of Infogrames Entertainment's company-wide re-branding in May 2003, Infogrames, Inc. finally became known as Atari, Inc. On October 11, 2008, Infogrames completed its acquisition of Atari, Inc., making it a wholly owned subsidiary. On January 21, 2013, Atari, Inc. filed for bankruptcy, with President Jim Wilson stating plans to split off from parent Atari, SA.

Sablon was a Belgian company near Brussels that made diecast zamac toy cars in the late 1960s and early 1970s. Models were mostly in 1:43 scale and were similar in concept to Dinky Toys or Solido.

Fun-Ho! Toys were a brand of diecast toy cars and trucks manufactured and distributed by Underwood Engineering Co. Ltd. of Inglewood, New Zealand. Production was started by Jack Underwood about 1935 and continued until 1982. Since this time reproductions have been made also in Inglewood (Taranaki) at the Fun Ho! Toys Museum. Currently toys are occasionally cast as museum memorabilia using original molding plates and boxes. The name was always portrayed with the exclamation following Fun Ho!