Barragup is a locality near Mandurah, Western Australia, located north of Pinjarra Road and east of the Serpentine River within the Shire of Murray. Its postcode is 6209. At the 2016 census, Barragup had a population of 806. [1] 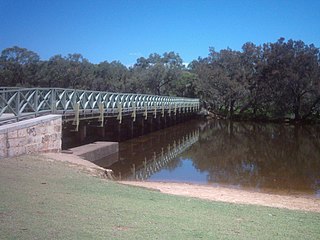 Outer Harbor is a suburb in the Australian state of South Australia located at the northern tip of the Lefevre Peninsula about 22 kilometres (14 mi) north-west of the Adelaide city centre.

Ethelton is a north-western suburb of Adelaide 13 km from the CBD, on the LeFevre Peninsula, in the state of South Australia, Australia and is within the City of Port Adelaide Enfield. It is adjacent to Semaphore, Semaphore South and Glanville. It is bounded to the north by Hart Street, to the south by Bower Road and in the west and east by the Swan Terrace and the Port River, respectively. Ethelton is a residential suburb. 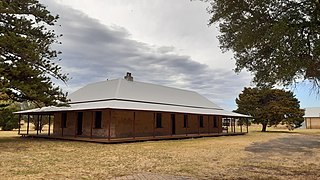 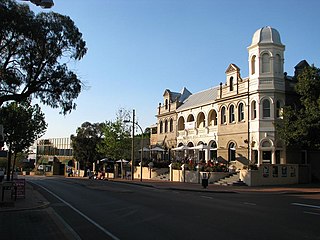 Pinjarra Hills is a suburb in the City of Brisbane, Queensland, Australia. In the 2016 census, Pinjarra Hills had a population of 606 people.

Joyner is a suburb in the Moreton Bay Region, Queensland, Australia. It is part of the Brisbane metropolitan area. In the 2016 census, Joyner had a population of 2,833 people.

Buxton is a rural locality in the Bundaberg Region, Queensland, Australia. In the 2016 census, Buxton had a population of 430 people.

Munno Para is a northern suburb of Adelaide, South Australia. It is located in the City of Playford.

Curra is a locality in the Gympie Region, Queensland, Australia. At the 2016 census, Curra had a population of 1,920.

Ashfield is a predominantly rural locality in the Bundaberg Region, Queensland, Australia; with a low population density and a small urban area to the west. In the 2016 census, Ashfield had a population of 793 people.