Quindanning is a small town located halfway between Boddington and Williams along the Pinjarra-Williams Road. At the 2006 census, Quindanning had a population of 163. [1]

The town is named after Quindanning Pool, located along the Williams River. The name is of Aboriginal origin, and was first recorded in 1835 when it was discovered by Alfred Hillman. Low-level agricultural settlement occurred in the 1830s. By 1900, a school and racecourse had been built and in 1907 a townsite was surveyed and gazetted around it. [2]

Quindanning was one of the centres ministered to by the Brotherhood of St. Boniface, which was stationed in Williams from 1911 to 1929. To honour their work, the Quindanning Anglican church was named after their patron when it was consecrated in 1956. The church is constructed of stone carted from local properties by members of the church; the estimated cost of the building at the time of its construction was 4,600 pounds.[ citation needed ]

The Quindanning Hotel had origins in a mud-brick building, with a Wayside Licence issued on 3 December 1900.[ citation needed ] The building was substantially renovated in 1921 to become a well-known "inland resort hotel" between 1925 and the late 1950s. During the 1930s the hotel had a 9-hole golf course, horse riding, game hunting and swimming at Quindanning Pool.

At periods during the town's history, Quindanning has had a general store, post office, hairdresser and café. Currently, the town has a hotel/tavern, church, community hall and a racecourse - the latter used annually for the Quindanning Picnic Race Day, held on Easter Saturday.

Northolt is an area in the London Borough of Ealing, London, England, and is 11 miles (17.7 km) west-northwest of Charing Cross. 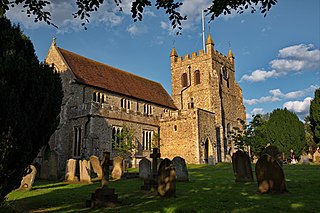 Wye is an historic village in Kent, England, centred 12 miles (19 km) from Canterbury, and is also the main village in the civil parish of Wye with Hinxhill. The population of the ward was 2,282 in 2011. It was home to London University's agricultural college until 2009, which was internationally famous for developing new varieties of hops such as Wye Challenger. In March 2013 the village was voted 3rd best place to live in the UK by The Sunday Times.

Katanning is a town located 277 kilometres (172 mi) south-east of Perth, Western Australia on the Great Southern Highway. At the 2016 census, Katanning had a population of 3,687. 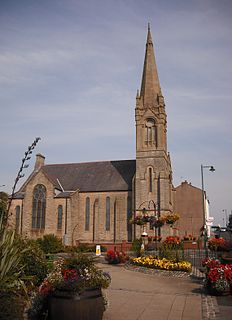 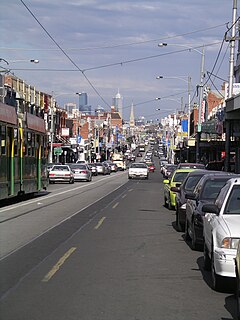 Brunswick is an inner-city suburb of Melbourne, Victoria, Australia, 6 kilometres (3.7 mi) north of Melbourne's central business district. Its local government area is the City of Moreland. At the 2016 Census, Brunswick had a population of 24,473.

Beaudesert is a rural town and locality in the Scenic Rim Region, Queensland, Australia. In the 2016 census, Beaudesert had a population of 6,395 people.

Dungog is a country town on the Williams River in the Hunter Region of New South Wales, Australia. Located in the middle of dairy and timber country, it is the centre of the Dungog Shire local government area and at the 2016 census it had a population of 2,025 people. The area includes the Fosterton Loop, 22 kilometres (14 mi) of road, used in the annual Pedalfest. A small portion of Dungog lies in the Mid-Coast Council LGA. 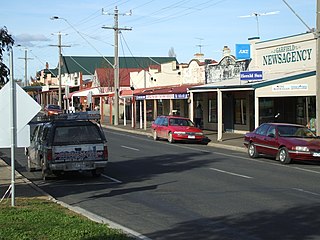 Garfield is a town in Cardinia, Victoria, Australia, 69 km south-east of Melbourne's Central Business District, located within the Shire of Cardinia local government area. Garfield recorded a population of 1,786 at the 2016 Census. 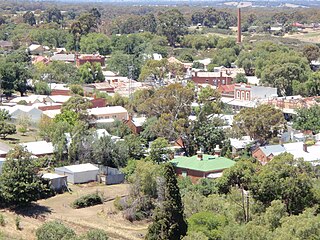 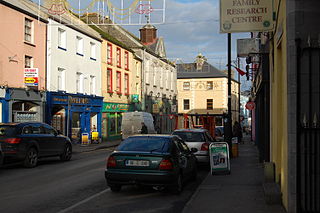 Ballinrobe is a town in County Mayo in Ireland. It is located on the River Robe, which empties into Lough Mask two kilometres to the west. The population in the 2016 Census was 3,770. 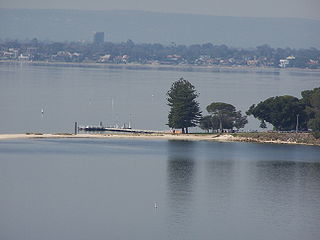 Bicton is a riverside suburb of Perth, Western Australia, located 10 kilometres (6.2 mi) south-west of the central business district. The suburb is mostly residential, and falls within the City of Melville local government area. Bicton borders the Swan River to the north, with the northern third of the suburb taken up by a Class-A reserve at Point Walter.

St Peters is a suburb in the Inner West of Sydney, in the state of New South Wales, Australia. It is 7 kilometres south of the Sydney central business district, in the local government area of Inner West Council. 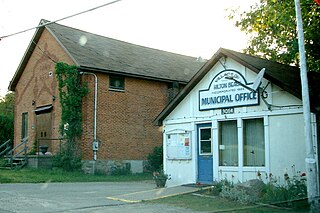 Hilton Beach is a village located in Algoma District, Ontario, Canada. It is located on the northeastern shore of St. Joseph Island in the North Channel of Lake Huron, approximately 60 kilometres from Sault Ste. Marie. The village had a population of 175 and a land area of 2.62 km² per the Canada 2016 Census. 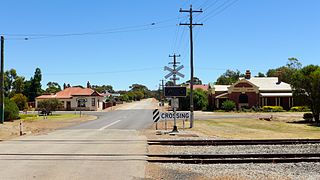 Cuballing is a town located in the Wheatbelt region of Western Australia, on Great Southern Highway, between Pingelly and Narrogin. At the 2016 census, Cuballing had a population of 458.

Malanda is a rural town and locality in the Tablelands Region, Queensland, Australia. In the 2016 census, Malanda had a population of 1,985 people. The economy is based upon agriculture and tourism.

Yankalilla is an agriculturally based town situated on the Fleurieu Peninsula in South Australia, located 72 km south of the state's capital of Adelaide. The town is nestled in the Bungala River valley, overlooked by the southern Mount Lofty Ranges and acts as a service centre for the surrounding agricultural district.

Tenindewa is a small town located between Geraldton and Mullewa along the Geraldton – Mount Magnet Road in the Mid West region of Western Australia. At the 2006 census, the Tenindewa district had a population of 143.