For the 2015–16 season, the Hungarian handball league system is as follows:

For the 2015–16 season, the lower divisions for each of the Counties is as follows:

For the 2015–16 season, the Hungarian handball league system is as follows:

For the 2015–16 season, the lower divisions for each of the Counties is as follows:

The English Football League Trophy, currently known as the Papa John's Trophy for sponsorship reasons, is an annual English association football knockout competition open to the 48 clubs in EFL League One and EFL League Two, the third and fourth tiers of the English football league system and, since the 2016–17 season, 16 under-21 sides from Premier League and EFL Championship clubs.

The Southern Counties East Football League is an English football league established in 1966, which has teams based in Kent, south east London, and East Sussex. Until 2013 it was known as the Kent League. There was a previous Kent League which existed from 1894 to 1959. 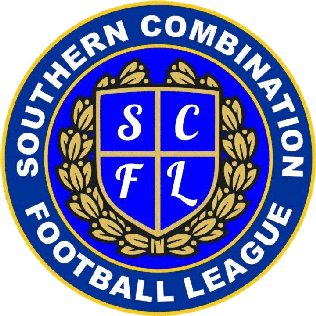 The Macron Southern Combination Football League is a football league broadly covering the counties of East Sussex, West Sussex and southeastern Surrey, England. The league consists of eight divisions – three for first teams, two for Under 23 teams and three for Under 18 teams. 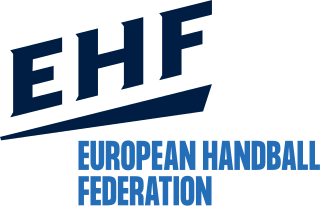 The European Handball Federation (EHF) is the umbrella organisation for European handball. Founded on 17 November 1991, it is made of 50 member federations and two associated federations, and is headquartered in Vienna, Austria. The current EHF President is Michael Wiederer, who was elected on 17 November 2016 and will serve until 2020. The federation celebrated its 20th anniversary on 17 November 2011 at a gala event under the slogan 'HeartBeat Handball'.

The Moldovan National Division is the top association football division of the Moldovan football league system. The competition was established in 1992, when the country became independent from the Soviet Union.

The Nemzeti Bajnokság I is the premier men's professional handball league in Hungary, administered by the Hungarian Handball Federation. Since 2016 the official name of the championship is K&H Férfi Kézilabda Liga due to sponsorship reasons. 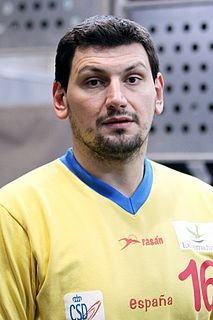 Arpad Sterbik Capar is a retired handball player who represented the national teams of Yugoslavia and Spain.

The Danish Women's Handball League is the top professional league for Danish women's handball clubs. It is administered by the Danish Handball Federation, and the winners are recognized as Danish champions. The league is officially called HTH Ligaen for sponsorship reasons. It has previously been known as HTH GO Ligaen, Primo Tours Ligaen, Boxer Dameligaen, TOMS Ligaen and GuldBageren Ligaen. The current title holder is Team Esbjerg. The European Handball Federation (EHF) ranks the Danish league 4th in the coefficients of leagues based on performances in European competitions over the past seasons.

The Nemzeti Bajnokság I is the top professional league for Hungarian women's team handball clubs. It is administered by the Hungarian Handball Federation.

Dunaújvárosi Kohász KA or DKKA, formerly known as Dunaferr, is a Hungarian women's handball club from Dunaújváros, that plays in the Nemzeti Bajnokság I.

The Spanish basketball league system is a series of connected competitions for professional basketball clubs in Spain. The system has a hierarchical format with a promotion and relegation system between competitions at different levels.

The Nederlandse Handbal Eredivisie is the top Dutch professional handball league. The winners of the Eredivisie are recognised as the Dutch handball champions.

The 2016–17 EHF Cup is the 36th edition of the EHF Cup, the second most important European handball club competition organised by the European Handball Federation (EHF), and the fifth edition since the merger with the EHF Cup Winners' Cup.

The 2016–17 Handbollsligan is the 83st season of the Handbollsligan, Swedish's top-tier handball league. A total of fourteen teams contest this season's league, which began on 13 September 2016 and is scheduled to conclude on 27 May 2017.