The Croatian football league system is a series of connected leagues for club football in Croatia. This system has hierarchical format with promotion and relegation between leagues at different levels. This system is used from season 2020−21 .

Evolution of the Croatian league system

Nogometni klub Osijek, commonly referred to as NK Osijek or simply Osijek, is a Croatian professional football club from Osijek. Founded in 1947, it was the club from Slavonia with the most seasons in the Yugoslav First League and, after the independence of Croatia in 1992, it is one of the four clubs that have never been relegated from the Croatian First League, the others being Dinamo Zagreb, Hajduk Split and Rijeka

NK Slaven Belupo, often referred to simply as Slaven and known internationally as NK Slaven Koprivnica, is a Croatian football club based in the city of Koprivnica in the north of the country. They play their home matches at Gradski stadion in Koprivnica.

Nogometni klub Zagreb, commonly known as NK Zagreb or simply Zagreb, is an amateur Croatian football club based in the Croatian capital city of Zagreb, currently playing in the Četvrta HNL Center, which is a fourth tier league competition in the Croatian football league system. The club was founded in 1908 as HŠK Zagreb, meaning Hrvatski Športski Klub Zagreb. From 1992 to 2014 club played in top division of Croatian football Prva HNL. After that period club was ruined by bad decisions of club board. In 2018 after managing Stadion Kranjčevićeva as their home ground since 1946 for 72 years, NK Zagreb was denied of new managing contract by the city's officials which in the end led to eviction from the venue in October 2018. So, as of 2018–19 season NK Zagreb is using their training camp ZAGREBello venue as a home ground for its official fixtures which is located in Veslačka street. The team's traditional home colours are white shirts, shorts and socks which is the reason why they are referred to as Bijeli in Croatian, meaning "The Whites". Another popular nickname of the club is "The Poets", Pjesnici in Croatian, due to their former location of home ground at Kranjčevićeva street which is named after Croatian poet Silvije Strahimir Kranjčević.

Nogometni klub Zadar, commonly referred to as NK Zadar or simply Zadar, was a Croatian football club based in Zadar, a city on the Adriatic coast, best known for playing in the top flight of Croatian football for almost twenty years.

The Croatian Second Football League or, more commonly, Druga HNL or 2. HNL is the second tier of the football league system in Croatia. The league was formed in 1991 with the breakup of Yugoslavia and the dissolution of the Yugoslav Second League. The 2. HNL is operated by the Croatian Football Federation, which also was formed in 1991, contributing to the dissolution of the Football Association of Yugoslavia.

Nogometni Klub Rudeš, commonly referred to as NK Rudeš or simply Rudeš, is a Croatian football club founded in 1957 in Zagreb's neighbourhood of Rudeš. The club competes in Croatia's second division.

Ykkönen is the second highest level of the Finnish football league system, although it is the highest league managed by the Football Association of Finland.

Hrvatski nogometni klub Šibenik, commonly known as HNK Šibenik or simply Šibenik, is a Croatian professional football club based in Šibenik. It competes in the top-level Croatian First Football League. They play their home matches at the Stadion Šubićevac, which has a capacity of 3,412.

Footscray Jugoslav United Soccer Team, commonly referred to as FootscrayJ.U.S.T or simply JUST, was an association football club from Melbourne, Australia. The club was established by Yugoslav migrants in 1950, and was a founding member of the National Soccer League.

The 1993–94 Croatian First Football League was the third season of the top football league in Croatia since its establishment. 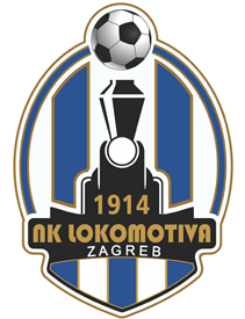 Varaždinski športski nogometni klub Varaždin, commonly referred to as VŠNK Varaždin or simply Varaždin, was a Croatian football club based in the city of Varaždin in the north of the country. During its 74-year existence, they played their home matches at the Stadion Varteks, which was renovated through the years and reached an all-seating capacity of 10,800. For the majority of its life, the 52 years from 1958 to 2010, the club was known as NK Varteks, honouring the name of its principal sponsor during those years.