Iritty taluk is one of five taluks in Kannur district of Kerala, India. [1] Iritty was established as a taluk in March 2013 when UDF government declared new 12 taluks for the state. [2] [3] Iritty taluk borders with Taliparamba taluk in the north, Thalassery taluk in the west and Karnataka state towards the east. It comprises Iritty municipality, parts of Mattannur municipality and 11 surrounding panchayats.

Iritty taluk was established on 9th February 2014 by bifurcating Thalassery and Taliparamba taluks. Kerala ex Chief Minister Umman Chandy inaugurated Iritty taluk in 2014. Iritty was formed as a taluk along with other taluks in Kerala which was declared by UDF government. [4] 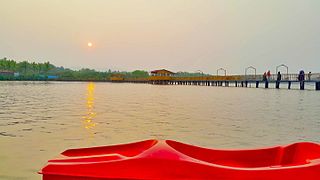 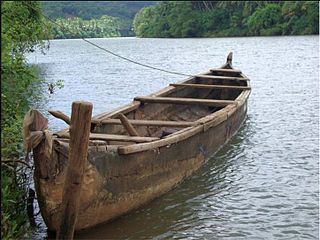 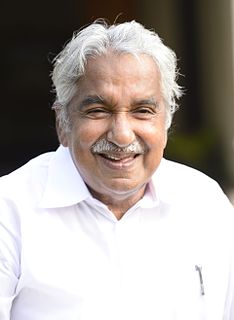 Oommen Chandy, IPA: [umːɐn̺ t͡ʃɐːɳɖi], is an Indian politician. A senior Indian National Congress worker, he has served as the Chief Minister of Kerala for two terms, from 2004 to 2006 and again from 2011 to 2016. He was also Leader of the Opposition in the Kerala Legislative Assembly from 2006 to 2011. He represents Puthuppally constituency as MLA in the State Assembly since 1970. He is the only Indian Chief Minister to achieve award for public service from United Nations. 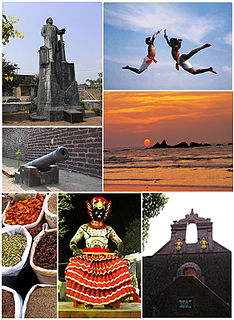 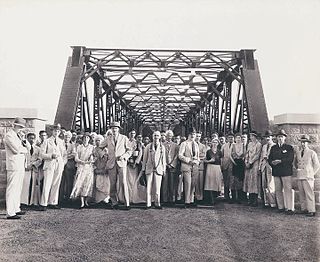 Kannur University is a multi-campus public university established in 1996 to provide development of higher education in Kasaragod, Kannur, Wayanad districts of Kerala, India. It serves the region of North Malabar. It was established after the passing of Act No. 22 of 1996 of the Kerala Legislative Assembly. A university by the name of "Malabar University" had come into existence even earlier by the passing of an ordinance by the Governor of Kerala, on 9 November 1995. 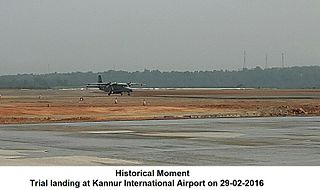 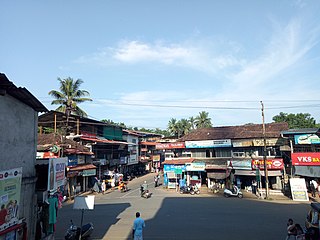 Peravoor is a small town and Grama Panchayat in Kannur district of Kerala state in India. It is east of Kannur (49 km) and Thalassery (42 km). And Iritty, the nearest municipality, is 15 km to the north of Peravoor. Peravoor is situated in the Western Ghats mountain range. 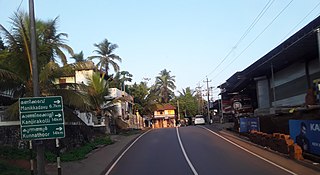 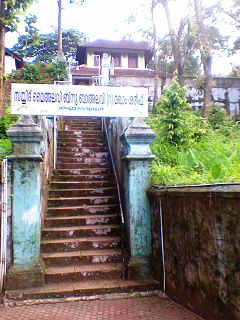 Sreekandapuram is a municipality in Kannur district, in the Indian state of Kerala.

Kariyad is a small town in Talassery taluk of Kannur district in the Indian state of Kerala. It is part of Greater Mahé Region. It is 57.31 km.2 The total population according to the 1991 census is 123,628.

The United Democratic Front government led by Oommen Chandy sworn in on 18 May 2011. Seven of the total 20 members of the Cabinet took office on 18 May and the rest sworn in on 23 May after completing discussion with member parties of the UDF. 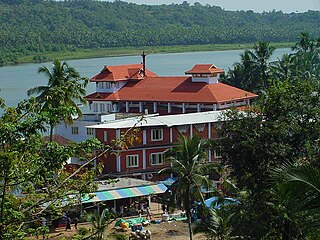 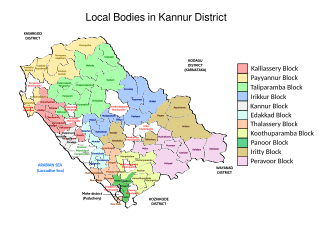 Kannur taluk is an administrative division of Kannur district of Kerala, India. Kannur district is divided into five taluks, Thalassery, Kannur, Payyanur, Iritty and Taliparamba. Thalassery has 35 villages, Kannur has 28, Payyanur has 22, Taliparamba has 28 villages and Iritty has 20 villages. 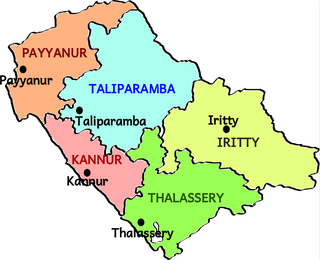