Krishan Pal Gurjar [1] (born: 4 February 1957)is an Indian politician and is the present Minister of State for Social Justice and Empowerment in Government of India. [2] As a Member of Parliament in the Lok Sabha, he represents the Faridabad constituency in the state of Haryana. He won this seat in the 2014 Indian general election as a BJP candidate by a margin of 4,66,873 vote. [3]

Krishan Pal Gurjar was born in Mewla Maharajpur, Faridabad, Haryana on 4 February 1957 to Hans Raj Zaildar. [4] [5] He completed his graduation from Jawaharlal Nehru College in 1978 and got his Law degree from Meerut University. [6]

He won the Corporation Councilor election in 1994 as a Bhartiya Janta Party candidate and became the party's State Minister. He became the Member of Legislative Assembly of Haryana for Mewla Maharajpur constituency in 1996. He won the MLA seat in next two consecutive terms again. [7] He served as Transport minister in Bansi Lal government from 1996 to 1999. He later served as BJP state President of Haryana. [4] [6] 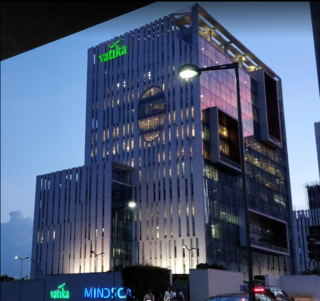 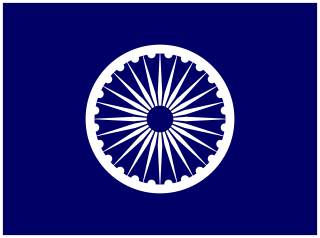 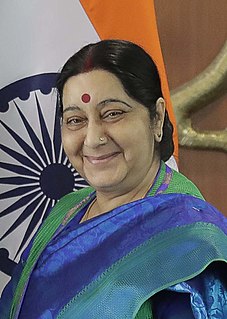 Thaawar Chand Gehlot is an Indian politician who currently serves as the Minister of Social Justice and Empowerment in the NDA Government. He is currently the leader of the upper house of Indian Parliament. He is a member of the Parliamentary Board and the Central Election Committee of the BJP. 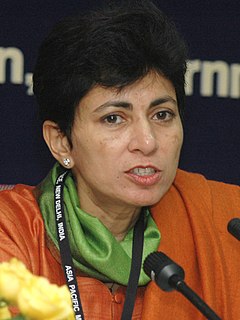 Selja Kumari is an Indian politician and former parliamentarian. A member of the Indian National Congress, she has been the Minister of Social Justice and Empowerment and Tourism in the Government of India during Manmohan Singh's premiership.

Avtar Singh Bhadana is an Indian politician from Indian National Congress and was a member of Seventeenth Legislative Assembly of Uttar Pradesh representing the Meerapur assembly Constituency as a member of Bharatiya Janata Party. He has formerly been a member of the Lok Sabha for multiple terms. 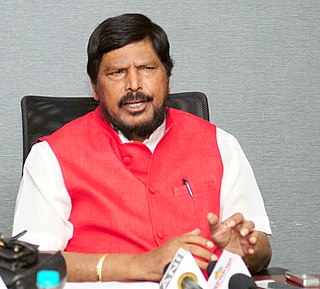 Ramdas Bandu Athawale is an Indian politician and social activist from Maharashtra. He is the president of the Republican Party of India (A), a splinter group of the Republican Party of India and has its roots in the Scheduled Castes Federation led by B. R. Ambedkar. Currently, he is Minister of State for Social Justice and Empowerment in the Narendra Modi government, and represents Maharashtra in the Rajya Sabha, the upper house of India's Parliament. Previously he was the Lok Sabha MP from Pandharpur.

Elections in Haryana, which is a state in India, have been conducted since 1967 to elect the members of state-level Haryana Legislative Assembly and national-level Lok Sabha. There are 90 assembly constituencies and 10 Lok Sabha constituencies.

Mahant Chandnath was an Indian politician and religious leader. He represented the Alwar Seat in the Parliament of India and was also the head of the Nath sect of Hinduism. He took deeksha from Mahant Shreyonath in 1978.

This is the alphabetical categorised list of statewide, regional and local political families involved in the politics and various elections of Haryana state of India at state and national level.

Sanjeev Kumar Balyan is an Indian politician and member of the Bharatiya Janata Party. He has been elected to Lok Sabha from the Muzaffarnagar constituency in 2014 and 2019.

Vellamvelly Muraleedharan is an Indian politician from Kerala representing the Bharatiya Janata Party and the current Union Minister of State for External Affairs & Parliamentary Affairs. He was the eighth State President of Bharatiya Janata Party (BJP) in Kerala. He is also a Member of Parliament (MP) in the Rajya Sabha, the upper house of the Indian Parliament. He was sworn in as a Union Minister on 30 May 2019. On 12 June 2019, Muraleedharan was appointed Government Deputy Chief Whip in the Rajya Sabha.

Mewla Maharajpur is an elevated station on the Violet Line of the Delhi Metro. It is located between NHPC Chowk and Sector 28 station on the line from 6.

Nayab Singh Saini is a member of the Lok Sabha from the Bharatiya Janata Party (BJP) who represents the Kurukshetra constituency in Haryana, India.

Sunil Baburao Mendhe is an Indian politician and a member of parliament to the 17th Lok Sabha from Bhandara–Gondiya Lok Sabha constituency, Maharashtra. He won the 2019 Indian general election being a Bharatiya Janata Party candidate. These Bhandara-Gondia Constituency is considered as one of most difficult seat To Win For BJP because of NCP's stronghold in the Region For Many Decade's since senior NCP leader Praful Patel belongs to these region., However Mendhe easily Defeated The Heavyweight Minister panchpudhe by 2 Lakhs Votes. These Seat was A huge setback For NCP. These seat Earlier Had grabbed Many Eyeballs, As Nana Patole Resigned As BJP MP. While resigning he Attacked PM Modi and CM fadnavis. after Patole's Resignation NCP Won 2017 bypoll. At last Mendhe Brought back Lost BJP Pride Back and Won by comfortable margin.

Mewla Maharajpur is a Vidhan Sabha constituency in Faridabad, Haryana.

Jind is one of the 90 assembly constituencies of Haryana a northern state of India. Jind is also part of Sonipat Lok Sabha constituency.