In his 1929 examination of emotional disturbances, Psychology and Morals: An Analysis of Character, J. A. Hadfield uses deliberately spiteful acts to illustrate the difference between disposition and sentiment. [4]

The Underground Man, in Fyodor Dostoevsky's novella Notes from Underground , is an example of spite. His motivation remains constantly spiteful, undercutting his own existence and ability to live.

Utilitarianism is a family of consequentialist ethical theories that promotes actions that maximize happiness and well-being for the affected individuals. Although different varieties of utilitarianism admit different characterizations, the basic idea behind all of them is to in some sense maximize utility, which is often defined in terms of well-being or related concepts. For instance, Jeremy Bentham, the founder of utilitarianism, described utility as "that property in any object, whereby it tends to produce benefit, advantage, pleasure, good, or happiness...[or] to prevent the happening of mischief, pain, evil, or unhappiness to the party whose interest is considered." Utilitarianism is a version of consequentialism, which states that the consequences of any action are the only standard of right and wrong. Unlike other forms of consequentialism, such as egoism and altruism, utilitarianism considers the interests of all humans equally. 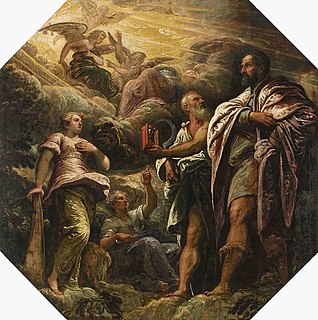 Morality is the differentiation of intentions, decisions and actions between those that are distinguished as proper and those that are improper. Morality can be a body of standards or principles derived from a code of conduct from a particular philosophy, religion or culture, or it can derive from a standard that a person believes should be universal. Morality may also be specifically synonymous with "goodness" or "rightness". 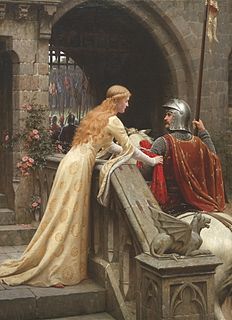 In the field of psychology, cognitive dissonance occurs when a person holds two or more contradictory beliefs, ideas, or values, or participates in an action that goes against one of these three, and experiences psychological stress because of that. According to this theory, when two actions or ideas are not psychologically consistent with each other, people do all in their power to change them until they become consistent. The discomfort is triggered by the person's belief clashing with new information perceived, wherein they try to find a way to resolve the contradiction to reduce their discomfort.

A villain is an evil fictional character, whether based on a historical narrative or one of literary fiction. Random House Unabridged Dictionary defines such a character as "a cruelly malicious person who is involved in or devoted to wickedness or crime; scoundrel; or a character in a play, novel, or the like, who constitutes an important evil agency in the plot". Its structural purpose is to serve as the opposition of the hero character and their motives or evil actions drive a plot along. In contrast to the hero, who is defined by their feats of ingenuity and bravery and their pursuit of justice and the greater good, a villain is often defined by their acts of cruelty, cunning and displays immoral behavior that can oppose or pervert justice. The antonym of a villain is a hero.

Moral reasoning is a study in psychology that overlaps with moral philosophy. Starting from a young age, people can make moral decisions about what is right and wrong; this makes morality fundamental to the human condition. Moral reasoning, however, is a part of morality that occurs both within and between individuals. Prominent contributors to this theory include Lawrence Kohlberg and Elliot Turiel. The term is sometimes used in a different sense: reasoning under conditions of uncertainty, such as those commonly obtained in a court of law. It is this sense that gave rise to the phrase, "To a moral certainty;" however, this idea is now seldom used outside of charges to juries.

A cognitive distortion is an exaggerated or irrational thought pattern involved in the onset and perpetuation of psychopathological states, especially those more influenced by psychosocial factors, such as depression and anxiety. Psychiatrist Aaron T. Beck laid the groundwork for the study of these distortions, and his student David D. Burns continued research on the topic. Burns, in The Feeling Good Handbook (1989), described personal and professional anecdotes related to cognitive distortions and their elimination.

Goemon Ishikawa XIII is a fictional character created by Monkey Punch for his manga series Lupin III, which debuted in Weekly Manga Action on August 10, 1967. Goemon is a thirteenth generation descendant of the renegade samurai Ishikawa Goemon. He is famous for a reticent personality coupled by apparent unlimited skill in martial arts and swordsmanship with his sword Ryusei, known in the anime as Zantetsuken (斬鉄剣). A partner with Arsène Lupin III and Daisuke Jigen, he tends to join their exploits only on a when-interested basis. 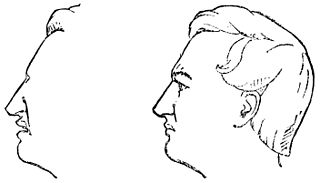 Resentment is a complex, multilayered emotion that has been described as a mixture of disappointment, disgust, anger, and fear. Other psychologists consider it a mood or as a secondary emotion that can be elicited in the face of insult and/or injury.

Ressentiment is the French translation of the English word resentment. In philosophy and psychology it is a concept that was of particular interest to the existentialist philosophers. According to the existentialists, ressentiment is a sense of hostility directed toward an object that one identifies as the cause of one's frustration, that is, an assignment of blame for one's frustration. The sense of weakness or inferiority complex and perhaps even jealousy in the face of the "cause" generates a rejecting/justifying value system, or morality, which attacks or denies the perceived source of one's frustration. This value system is then used as a means of justifying one's own weaknesses by identifying the source of envy as objectively inferior, serving as a defense mechanism that prevents the resentful individual from addressing and overcoming their insecurities and flaws. The ego creates an enemy in order to insulate itself from culpability.

Spite may refer to:

Humans are motivated to assign causes to their actions and behaviors. In social psychology, attribution is the process by which individuals explain the causes of behavior and events. Models to explain this process are called attribution theory. Psychological research into attribution began with the work of Fritz Heider in the early 20th century, and the theory was further advanced by Harold Kelley and Bernard Weiner.

Orval Hobart Mowrer was an American psychologist and professor of psychology at the University of Illinois from 1948 to 1975 known for his research on behaviour therapy. Mowrer practiced psychotherapy in Champaign-Urbana and at Galesburg State Research Hospital. In 1954 Mowrer held the position of president of the American Psychological Association. Mowrer founded Integrity Groups and was instrumental in establishing GROW groups in the United States. A Review of General Psychology survey, published in 2002, ranked Mowrer as the 98th most cited psychologist of the 20th century.

A habit is a routine of behavior that is repeated regularly and tends to occur subconsciously.

Envy' is an emotion which "occurs when a person lacks another's superior quality, achievement, or possession and either desires it or wishes that the other lacked it".

Akrodha literally means "free from anger". It is considered an important virtue in Indian philosophy.

James Arthur Hadfield (1882–1967) was a pioneer of psychodynamic psychotherapy in Britain, who became an influential figure at the interwar Tavistock Clinic.