Tanabe Mitsubishi Pharmaceutical Soccer Club was a Japanese football club based in Osaka that belongs to Mitsubishi Tanabe Pharma. The club has played in Japan Soccer League (Japanese former top division). It last played in the Osaka Prefectural Leagues. 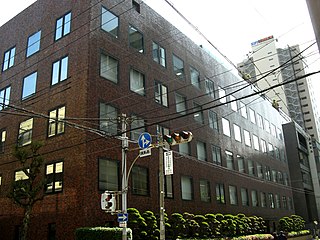 V-Varen Nagasaki is a Japanese J2 League football club based in Nagasaki. The club was established in 1985 as Ariake Football Club till they merged with Kunimi Football Club in 2005 and adopted the present name.

Statistics of Emperor's Cup in the 1972 season.

Statistics of Emperor's Cup in the 1978 season.

Statistics of Emperor's Cup in the 1980 season.

Mitsubishi Cable Industries Soccer Club was a Japanese association football club based in Osaka. The club has played in Japan Soccer League Division 2. They last played in the Osaka Prefectural Leagues.