Last updated June 09, 2020
Not to be confused with China Academy of Art.

The Central Academy of Fine Arts or CAFA is an art academy managed by the Ministry of Education of China. The Manila Bulletin calls the school "China’s most prestigious and renowned art academy". [2] It is considered one of the most selective schools in the country and turns away more than 90% of its applicants each year. [3]

The history of National Art School in Beiping (国立北平艺术专科学校) dates back to the founding of National School of Fine Arts in Beijing in 1918, advocated by the educator Cai Yuanpei. It was the first national school of fine arts in China, and also the beginning of Chinese modern education of fine arts. The academy was founded in April 1950, as a result of merger between National Art School in Beiping and the department of fine arts at third campus of North China University. The former principals of CAFA include Xu Beihong, Jiang Feng, Wu Zuoren, Gu Yuan and Jin Shangyi. Current president is the painter and historian of fine arts, Prof. Pan Gongkai. Current Vice President is renowned contemporary artist, Xu Bing. Current secretary of CPC's committee is Yang Li. Current director of academic commission is the oil painter Jin Shangyi.

The academy comprises six specialty schools: School of Fine Art, School of Chinese Painting, School of Design, School of Architecture, School of Humanities, and School of Urban Design. A post-graduate education school and a high school of fine arts are also affiliated. There are 534 teachers and staffs for 3,800 undergraduate and graduate students, and over 100 international students at school. Its museum of fine arts boasts precious collections, including more than 2,000 Chinese scroll paintings since the Ming dynasty. CAFA edits, publishes and distributes two national first-class academic magazines, "Fine Arts Study" and "Fine Arts of the World".

The design programme of CAFA was renewed in 1995 in the name of the Department of Art Design, after a break of some forty years, and became the School of Design in October, 2002. with the goal of preparing and training the students as future professionals in design with creative thinking and practical capabilities, the School of Design offers undergraduate, graduate and Ph.D. degrees in programs ranging from visual communication design, product design, fashion design, photography, digital media to design theory and history. The School of Design plays an important role in promoting design in China and is intensively involved in design activities, most noticeable of which are its designs for the 2008 Beijing Olympics.

The new CAFA Art Museum, designed by Japanese architect Arata Isozaki, is located at the northeast corner of CAFA campus at No.8, Huajiadi Nan Street, Wangjing, covering an area of 3546 m2, with total floor area of 14 777 m2. The Museum opened in October 2008, for the University's 90th anniversary. The new, six-floor museum has several notable collections, including over 2,000 historic Chinese scroll paintings dating to the Ming Dynasty. The museum hosts rotating exhibitions. Tickets are 10 RMB.

The school drew media attention during the Tiananmen Square protests of 1989, during which the students protested by creating a large statue, called the Goddess of Democracy. [4] Each of the eight art academies signed a statement explaining the purpose of the statue. [5]

In 2019, the university was ranked number 27 for art and design in the QS World University Rankings. [6]

Faculty of Art and Design

Set up in the early 1960s, Museum of Central Academy of Fine Arts, formerly CAFA Gallery when it was located at Xiaowei Hutong in downtown Beijing''s Wangfujing Street, always focuses on the collection of artworks and has a rich collection of some 13,000 works which cover a wide variety of genres and styles, including representative works by ancient and modern Chinese masters as well as fine student works since the incorporation of the foundation of the Academy in 1950, across the categories of Chinese painting, oil painting, print, sculpture and folk art such as New Year picture, embroidery and minority ethnic costume and objects, along with Chinese relics of bronze, pottery, engravings and rubbings.

Designed by Arata Isozaki, a renowned Japanese architect, the new museum of CAFA is a building of 14,777 square meters on a land of 3,546 square meters, with four floors above ground and two floors underground. The museum was put into use in September 2008, together with the collection warehouse, permanent and temporary exhibition halls, as well as supporting facilities including artist studios, lecture and conference rooms and cafeteria and bookstore.

CAFA‘s Library has a long history. As one of the largest professional libraries in China with the richest collected art books, it has made a collection of 360,000 books and paintings of variety kinds, whose special collection includes wood block New Year pictures, string-bound ancient books with illustrations, rubbings from stone-engraved portraits of Han Dynasty, tablets of various dynasties and the first hand copies from engraved seals, etc., and art books and top quality prints of original artworks published in Europe, America and Japan as well.

The library has set up reading rooms for art books, social science books and magazines and multi-media reading, which are open or half open to readers. Besides that, the library provides CJFD and CDMD of CNKI, e-books on Shushing website, National Palace Museum-Online and Taiwan Doctor/Master Dissertations Database, etc, and its own fine arts reference full-text database and dissertation names in core journals collected by CAFA, etc. 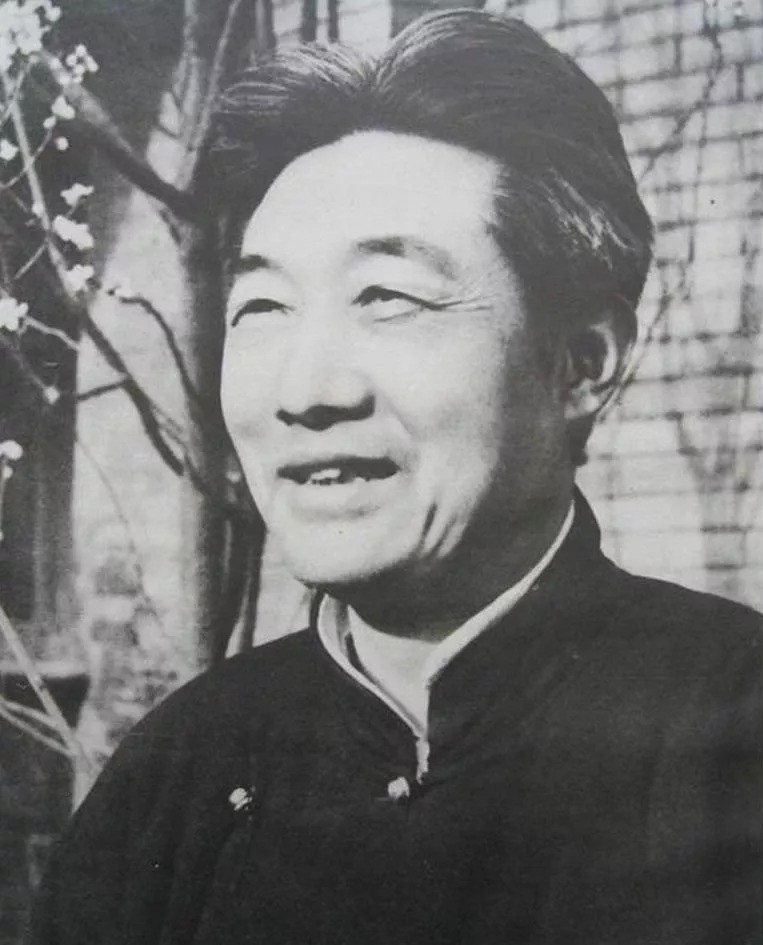 The China Artists Association, originally the China National Art Workers' Association, is the official national association of Chinese artists, with its headquarters in Beijing. It was established in July 1949, with Xu Beihong as its first chairman. It has 6,000 members, and the current chairman is Fan Di'an.

Liu Haisu was a prominent twentieth-century Chinese painter and a noted art educator. He excelled in Chinese painting and oil painting. He was one of the four pioneers of Chinese modern art who earned the title of "The Four Great Academy Presidents".

Wu Zuoren was a Chinese painter. A native of Jing County, Anhui, he was born in Suzhou, Jiangsu Province. He practiced both traditional Chinese ink painting and European oil painting.

The Guangzhou Academy of Fine Arts is a Chinese national university based in Guangzhou which provides Doctoral, Master and Bachelor's degrees in Fine Arts and Design.

Hubei Institute of Fine Arts is an art college in the People's Republic of China (PRC). It is regarded as one of the best and most selective academies of fine arts in China. Its history dates back to 1920, making it the first private art school in modern China. As one of the three oldest art colleges, it is also one of the cradles of higher education of fine arts in modern China. It is located in Hubei Province's capital Wuhan, known as "the thoroughfare leading to nine provinces". Located in Wuhan, the industrial, economic and cultural center of central China, Hubei Institute of Fine Arts is widely regarded as a top academy of multiple disciplines, including watercolor painting, Chinese painting, oil painting, mural painting, mixed media painting, printmaking, sculpture, etc. HIFA has two campuses and covers more than 488,000 square meters, which hold more than 500 faculty and staff members and more than 7,000 students.

Jiang Zhaohe, or Chiang Chao-ho, was a Chinese artist who played a leading role in the modernization of Chinese painting. At the beginning of the 20th century, he incorporated elements of western painting to portray the great changes in Chinese culture. His work reflects his concern over the cruel realities of life and people's sorrows and differs from the work of artists who showed an indifference towards social reality.

Chu Teh-Chun or Zhu Dequn was a Chinese-French abstract painter acclaimed for his pioneering style integrating traditional Chinese painting techniques with Western abstract art. Chu Teh-Chun enrolled in the National School of Fine Arts, where he studied under Fang Ganmin and Wu Dayu. He was the first ethnic Chinese member of the Académie des Beaux-Arts of France, and together with Wu Guanzhong and Zao Wou-Ki were dubbed the "Three Musketeers" of modernist Chinese artists trained in China and France.

Cui Xiuwen was a Chinese artist who made oil paintings, as well as video and photo works. Cui was a well-known contemporary artist in China. Her works have been collected by museums such as Tate Modern and the Brooklyn Museum.

Yu Hong is a Chinese contemporary artist. Her works characteristically portray the female perspectives in all stages of life and the relationship between the individual and the rapid social changes taking place in China. She works primarily in oil paint but also in pastels, fabric dye on canvas, silk and resin. Yu Hong is "routinely named amongst China’s leading female artists". Her work is celebrated for its intimacy, honesty and tactility.

Luo Wei is a Chinese visual artist working in performance, photography, painting, theatre, audio and installation art. She often combines media to produce her art and bases it on science and biology. Luo's methods in her creative practice also include working collaboratively and a focus on academic research. She is often the subject of her own art.

Yang Xin was a Chinese art historian and curator who served as Vice Director of the Palace Museum in Beijing from 1987 to 2000. He edited the 60-volume The Palace Museum‘s Essential Collections as well as its 10-volume English edition, and co-authored Three Thousand Years of Chinese Painting.