The current dukedom of Richmond was created in 1675 [lower-alpha 1] for Charles Lennox, the illegitimate son of King Charles II of England and a Breton noblewoman, Louise de Penancoët de Kérouaille; Charles Lennox was also made Duke of Lennox a month later. The Duke of Richmond and Lennox was furthermore created Duke of Gordon in the Peerage of the United Kingdom in 1876, meaning that the Duke holds three dukedoms— plus, in pretence, the French Duchy of Aubigny-sur-Nère.

History of the Dukedom

Prior to the creation of the Dukedom the early nobles of England associated with Richmondshire were Lords and Earls of Richmond. At times the honour of Richmond was held without a title. The Dukedom of Richmond emerged under King Henry VIII.

The first creation of a dukedom of Richmond (as Duke of Richmond and Somerset) was made in 1525 for Henry FitzRoy, an illegitimate son of King Henry VIII. His mother was Elizabeth Blount. Upon the Duke's death without children in 1536, his titles became extinct.

The fourth creation of the dukedom of Richmond was in August 1675, when Charles II granted the title to Charles Lennox, his illegitimate son by Louise de Keroualle, Duchess of Portsmouth. Charles Lennox was further created Duke of Lennox a month later. Charles' son, also Charles, succeeded to the French title Duke of Aubigny (of Aubigny-sur-Nère) on the death of his grandmother in 1734. The 6th Duke of Richmond and Lennox was created Duke of Gordon (See Clan Gordon) in 1876. Thus, the Duke holds three (four, if the French Aubigny claim is accepted) dukedoms, more than any other person in the realm. [1]

The family seat is Goodwood House near Chichester, West Sussex.

Dukes of Richmond and Somerset (1525)

The heir apparent is Charles Henry Gordon-Lennox, Earl of March and Kinrara (b. 1994), eldest son of the 11th Duke.

The earlier dukes (creations of 1623 and 1641) bore: Quarterly 1 and 4 azure three fleurs-de-lis and a bordure engrailed Or; 2 and 3 Or a fess chequy azure and argent, a bordure gules semy of buckles Or (Stewart of Bonkyl); overall an inescutcheon of Lennox.

Henry Fitzroy, Duke of Richmond and Somerset (creation of 1525), bore the Tudor royal arms (quarterly France and England) with a border quarterly ermine (for Brittany) and compony azure and argent (for Somerset), a baton sinister argent for bastardy, and overall an escutcheon of Nottingham. 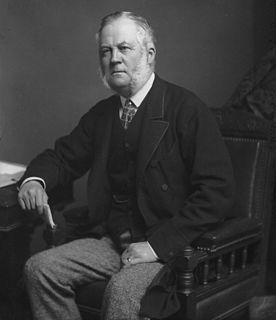 Charles Henry Gordon-Lennox, 6th Duke of Richmond, 6th Duke of Lennox, and 1st Duke of Gordon,, styled Lord Settrington until 1819 and then Earl of March until 1860, was a British Conservative politician.

The title Duke of Lennox has been created several times in the peerage of Scotland, for Clan Stewart of Darnley. The dukedom, named for the district of Lennox in Stirling, was first created in 1581, and had formerly been the Earldom of Lennox. The second duke was made Duke of Richmond; at his death, the dukedom of Richmond became extinct. The fourth duke was also created Duke of Richmond; at the death of the sixth duke, both dukedoms became extinct. The Dukedom of Richmond and one month later that of Lennox were created in 1675 for Charles Lennox, an illegitimate son of Charles II. The Duke of Richmond and Lennox was created Duke of Gordon in 1876. Thus, the duke holds four dukedoms, more than any other person in the realm. 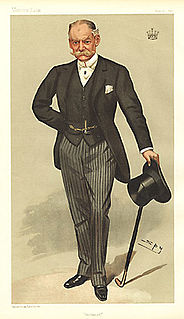 Charles Henry Gordon-Lennox, 7th Duke of Richmond and Lennox, 2nd Duke of Gordon,, 7th Duke of Aubigny, styled Lord Settrington until 1860 and Earl of March between 1860 and 1903, was a British politician and peer. 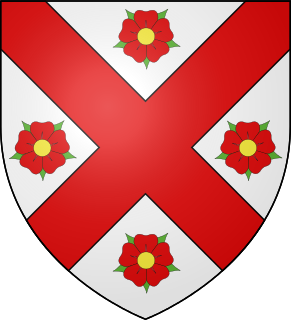 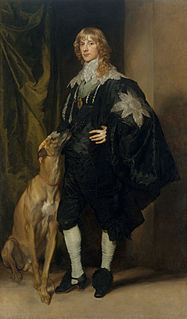 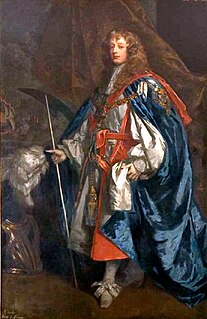 Charles Stewart, 3rd Duke of Richmond, 6th Duke of Lennox KG of Cobham Hall in Kent and of Richmond House in Whitehall, London, 12th Seigneur d'Aubigny in France, was an English nobleman of Franco-Scottish ancestry and a 4th cousin of King Charles II of England, both being descended in the male line from John Stewart, 3rd Earl of Lennox. 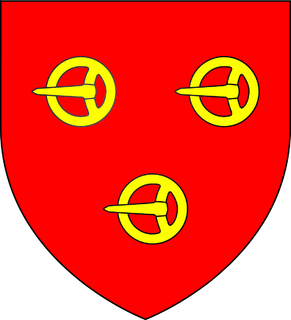 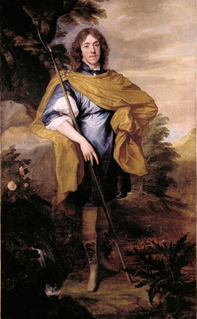