Last updated February 06, 2023
Royal dukedom in the United Kingdom
This article is about the title. For its current holder, see Prince Harry, Duke of Sussex. For the pub in London, see Duke of Sussex, Acton Green.

Duke of Sussex is a substantive title, one of several royal dukedoms, that has been created twice in the Peerage of the United Kingdom. It is a hereditary title of a specific rank of nobility in the British royal family. It takes its name from the historic county of Sussex in England.

The title lapsed in 1843 but was revived in 2018, when Queen Elizabeth II bestowed it on her grandson Prince Harry on 19 May 2018 upon his marriage to Meghan Markle, who became the Duchess of Sussex.

A title associated with Sussex first appeared with the Kingdom of Sussex, an Anglo-Saxon kingdom that was annexed by the Kingdom of Wessex around 827, [3] that later became part of the Kingdom of England. In charters, Sussex's monarchs were sometimes referred to as ealdormen, or duces in Latin, which is sometimes translated as "dukes".

Although Prince Augustus Frederick was survived by a son and daughter by Lady Augusta Murray, their marriage (purportedly solemnized at St George's Hanover Square Church, Westminster, in 1793) had been annulled for lack of royal permission under the Royal Marriages Act 1772, rendering the children illegitimate under English law and unable to inherit titles from their father. Both children by the annulled marriage died childless, rendering the issue of their inheritance moot.

On 2 May 1831, Prince Augustus Frederick married secondly (and again in contravention of the Royal Marriages Act 1772) to Lady Cecilia Gore at Great Cumberland Place, London. Not being the Prince's legitimate wife, Lady Cecilia could not be received at court. On 30 March 1840, she was given the title of Duchess of Inverness in her own right by Queen Victoria. [5]

In 2018, the dukedom of Sussex was recreated and granted to Prince Harry, the grandson of Queen Elizabeth II and great-great-great-great-great grandnephew of the previous Duke, to mark the occasion of his wedding to Meghan Markle, who thereby became the first ever Duchess of Sussex. [1] [6] On 19 May 2018, it was announced that Prince Harry would become Duke of Sussex in England, with the subsidiary titles of Earl of Dumbarton in Scotland and Baron Kilkeel in Northern Ireland. In 2019, an heir to the dukedom, Archie Mountbatten-Windsor, was born.

In 1999, before the wedding of Prince Edward, the youngest son of Queen Elizabeth II, some had suggested the dukedoms of Sussex or Cambridge as the most likely titles to be granted to him. Instead, Prince Edward was created Earl of Wessex, and it was announced that he would eventually be created Duke of Edinburgh, a title then held by his father, Prince Philip. [7] It was reported in 2021 that Prince Charles had decided not to give the title to his brother upon accession to the monarchy; [8] Clarence House stated that no decision had been taken. [9]

There was again speculation that Prince William might be given the Sussex title on his wedding to Catherine Middleton in April 2011, [10] but he was instead created Duke of Cambridge.

Prince Augustus's first marriage to Lady Augusta Murray, which produced two children, was invalid under the Royal Marriages Act 1772 (he had not asked his father's approval to marry); so, accordingly, all his titles became extinct on his death. 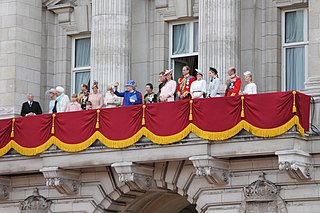 The British royal family comprises King Charles III and his close relations. There is no strict legal or formal definition of who is or is not a member, although the Royal Household has issued different lists outlining who is a part of the royal family. They support the monarch in undertaking public engagements and often pursue charitable work and interests. The royal family are regarded as British cultural icons. 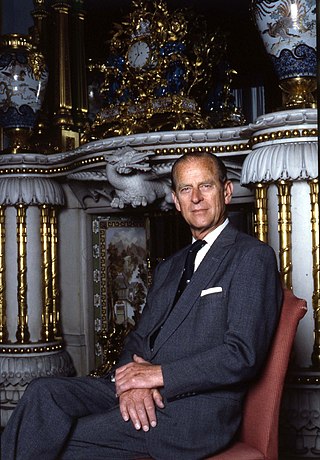 Duke of Edinburgh, named after the city of Edinburgh in Scotland, was a substantive title that has been created three times since 1726 for members of the British royal family. It does not include any territorial landholdings and does not produce any revenue for the title holder. 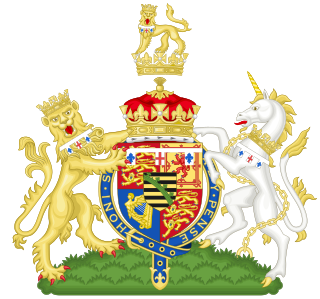 Duke of Connaught and Strathearn was a title in the Peerage of the United Kingdom that was granted on 24 May 1874 by Queen Victoria of the United Kingdom of Great Britain and Ireland to her third son, Prince Arthur. At the same time, he was also granted the subsidiary title of Earl of Sussex. 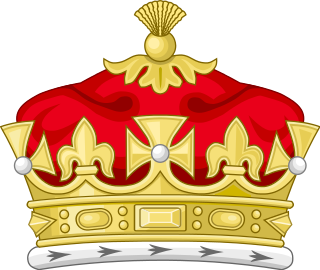 Duke of Clarence is a substantive title which has been traditionally awarded to junior members of the British Royal Family. All three creations were in the Peerage of England. 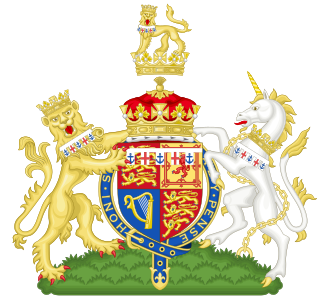 Duke of Kent is a title that has been created several times in the peerages of Great Britain and the United Kingdom, most recently as a royal dukedom for the fourth son of King George V. Since 1942, the title has been held by Prince Edward, Queen Elizabeth II's cousin.

Prince Augustus Frederick, Duke of Sussex, was the sixth son and ninth child of King George III and his queen consort, Charlotte of Mecklenburg-Strelitz. He was the only surviving son of George III who did not pursue an army or navy career. He was known for his liberal views, which included reform of Parliament, abolition of the slave trade, Catholic Emancipation, and the removal of existing civil restrictions on Jews and Dissenters.

Earl of Wessex is a title that has been created twice in British history – once in the pre-Conquest Anglo-Saxon nobility of England, and once in the Peerage of the United Kingdom. In the 6th century AD the region of Wessex, in the south and southwest of present-day England, became one of the Anglo-Saxon kingdoms ; in the tenth century the increasing power of the Kingdom of the West Saxons led to a united Kingdom of England. 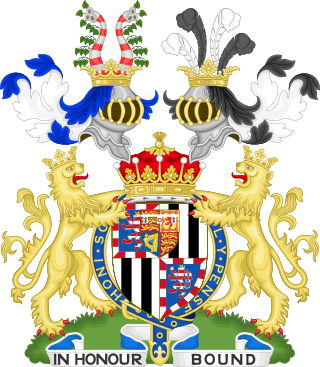 The Mountbatten family is a British dynasty that originated as an English branch of the German princely Battenberg family. The name was adopted on 14 July 1917, three days before the British royal family changed its name to “Windsor”, by members of the Battenberg family residing in the United Kingdom, due to rising anti-German sentiment among the British public during World War I. The name is a direct Anglicisation of the German Battenberg, or Batten mountain, a small town in Hesse. The titles of count and later prince of Battenberg had been granted in the mid-19th century to a morganatic branch of the House of Hesse-Darmstadt, itself a cadet branch of the House of Hesse. 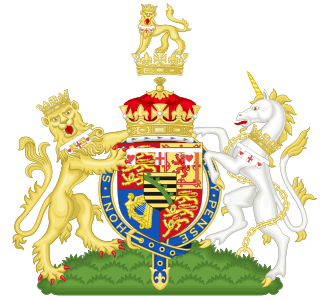 Baron Arklow was a title in the Peerage of the United Kingdom that has been created twice. Arklow is a town in County Wicklow in Ireland. 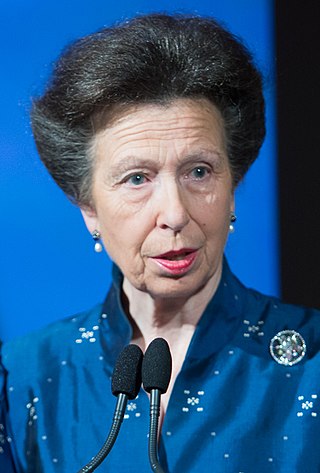 The use of the title of Princess of the United Kingdom of Great Britain and Northern Ireland is entirely at the will of the sovereign as expressed in letters patent. Individuals holding the title of princess are styled "Her Royal Highness" (HRH). On 18 April 1917, the newest granddaughter of Wilhelm II, German Emperor was styled a British princess from birth, even though Germany and Britain were fighting in WWI. Before the First World War, British Princesses also held additional German titles, such as Princesses of Hanover by virtue of being male line descendants of George III; or Princesses of Saxe-Coburg and Gotha, Duchess of Saxony, by virtue of being male line descendants of Prince Albert of Saxe-Coburg and Gotha. George V issued Letters Patent on 30 November 1917, to restrict the automatic assignment of the title "Princess" and the use of the style "Royal Highness" to the following persons:

The Dukedom of Inverness was a title in the Jacobite Peerage of Great Britain, and as such was not recognised by the government or monarch or Great Britain. Its only holder was John Hay of Cromlix.

Duchess of Edinburgh was the principal courtesy title held by the wife of the Duke of Edinburgh. There have been four Duchesses of Edinburgh since the title's creation. Following the accession of Charles III in 2022, the Dukedom of Edinburgh merged with the crown. 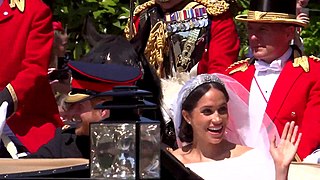 The wedding of Prince Harry and Meghan Markle was held on Saturday 19 May 2018 in St George's Chapel at Windsor Castle in the United Kingdom. The groom is a member of the British royal family; the bride is American and previously worked as an actress, blogger, charity ambassador, and advocate. On the morning of the wedding, Prince Harry's grandmother, Queen Elizabeth II, conferred upon him the titles of Duke of Sussex, Earl of Dumbarton and Baron Kilkeel. On her marriage, Markle gained the style Her Royal Highness and titles Duchess of Sussex, Countess of Dumbarton and Baroness Kilkeel. Justin Welby, Archbishop of Canterbury, officiated at the wedding using the standard Anglican church service for Holy Matrimony published in Common Worship, a liturgical text of the Church of England. The traditional ceremony was noted for the inclusion of African-American culture.

Archie Harrison Mountbatten-Windsor is the son of Prince Harry, Duke of Sussex, and Meghan, Duchess of Sussex. He is a grandson of King Charles III and is sixth in the line of succession to the British throne.

Lilibet Diana Mountbatten-Windsor is the daughter of Prince Harry, Duke of Sussex, and Meghan, Duchess of Sussex. She is a granddaughter of King Charles III and is seventh in the line of succession to the British throne.