The building was designed by Rudolf Steiner and named after Johann Wolfgang von Goethe. [1] It includes two performance halls (1500 seats), gallery and lecture spaces, a library, a bookstore, and administrative spaces for the Anthroposophical Society; neighboring buildings house the society's research and educational facilities. Conferences focusing on themes of general interest or directed toward teachers, farmers, doctors, therapists, and other professionals are held at the center throughout the year.

The Goetheanum is open for visitors seven days a week and offers tours several times daily.

The First Goetheanum, a timber and concrete structure designed by Rudolf Steiner, [2] [3] was one of seventeen buildings Steiner designed between 1908 and 1925. [4] It was intended as a Gesamtkunstwerk (the synthesis of diverse artistic media and sensory effects), infused with spiritual significance. [5] Begun in 1913 to house the annual summer theater events of the Anthroposophical Society, [6] it rapidly became the center of a small colony of spiritual seekers located in Dornach and based around Steiner. [7] Numerous visual artists contributed to the building: architects created the unusual double-dome wooden structure over a curving concrete base, stained glass windows added color into the space, painters decorated the ceiling with motifs depicting the whole of human evolution, and sculptors carved huge column bases, capitals, and architraves with images of metamorphoses. [4] [8]

Already during the construction, musicians, actors, and movement artists began performing a wide variety of pieces in a neighboring workshop. When the Goetheanum hall was completed, in 1919, these performances moved onto the stage located under the Goetheanum's smaller cupola. The auditorium was located under the larger cupola. The building was opened on September 26, 1920. [9]

In the course of 1923, Steiner designed a building to replace the original. This building, now known as the Second Goetheanum, was built wholly of cast concrete. [11] Begun in 1924, the building was not completed until 1928, [6] after the architect's death. It represents a pioneering use of visible concrete in architecture [12] and has been granted protected status as a Swiss national monument. [13] Art critic Michael Brennan has called the building a "true masterpiece of 20th-century expressionist architecture". [14]

The present Goetheanum houses a 1000-seat auditorium, now the center of an active artistic community incorporating performances of its in-house theater and eurythmy troupes as well as visiting performers from around the world. Full remodelings of the central auditorium took place in the mid-1950s and again in the late 1990s. The stained glass windows in the present building date from Steiner's time; the painted ceiling and sculptural columns are contemporary replications or reinterpretations of those in the First Goetheanum.

In a dedicated gallery, the building also houses a nine-meter-high wooden sculpture, The Representative of Humanity, by Edith Maryon and Rudolf Steiner. [15]

Steiner's architecture is characterized by a liberation from traditional architectural constraints, especially through the departure from the right-angle as a basis for the building plan. For the first Goetheanum he achieved this in wood by employing boat builders to construct its rounded forms; for the second Goetheanum by using concrete to achieve sculptural shapes on an architectural scale. [16] The use of concrete to achieve organically expressive forms was an innovation for the times; in both buildings, Steiner sought to create forms that were spiritually expressive. [17]

Steiner suggested that he had derived the sculptural forms of the first Goetheanum from spiritual inspirations. [18]

Steiner designed approximately 12-13 other built structures, including both institutional structures and residences in and around Dornach. [17] Steiner is one of very few major architects [19] who was never the pupil of another major architect. [20]

Anthroposophy is a philosophy founded in the early 20th century by the esotericist Rudolf Steiner that postulates the existence of an objective, intellectually comprehensible spiritual world, accessible to human experience. Followers of anthroposophy aim to develop mental faculties of spiritual discovery through a mode of thought independent of sensory experience. They also aim to present their ideas in a manner verifiable by rational discourse and specifically seek a precision and clarity in studying the spiritual world mirroring that obtained by scientists investigating the physical world. 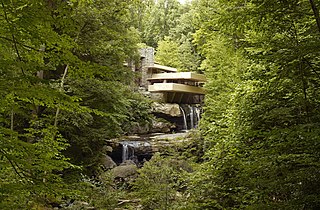 Organic architecture is a philosophy of architecture which promotes harmony between human habitation and the natural world. This is achieved through design approaches that aim to be sympathetic and well-integrated with a site, so buildings, furnishings, and surroundings become part of a unified, interrelated composition.

Marie Steiner-von Sivers was the second wife of Rudolf Steiner and one of his closest colleagues. She made a great contribution to the development of anthroposophy, particularly in her work on the renewal of the performing arts, and the editing and publishing of Rudolf Steiner's literary estate. 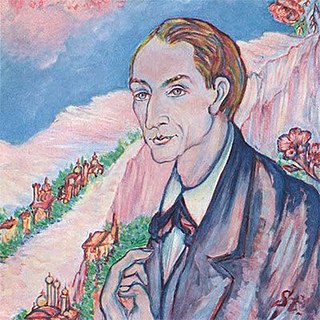 Albert Steffen was a poet, painter, dramatist, essayist, and novelist. He joined the Theosophical Society in Germany in 1910, and the Anthroposophical Society in 1912 and became its president after the death of its founder, Rudolf Steiner, in 1925. Steffen was chief editor of the society's journal, Das Goetheanum, from 1921–1963.

The American Eurythmy School is a four-year eurythmy training in Weed, California, near Mount Shasta. It was founded in 1984 by Karen Sherman McPherson, who studied under Ilona Schubert in the 1970s in Dornach, Switzerland, and is the second largest four-year eurythmy training in North America. The first graduation from the four-year program was held in 1990. There are many graduates of the School teaching in Waldorf schools and performing in the United States. 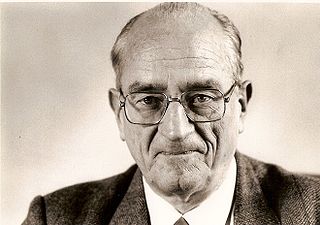 George Adams Kaufmann, also George Adams and George von Kaufmann, was a British mathematician, translator and anthroposophist. He travelled widely, spoke several languages and translated many of Rudolf Steiner’s lectures into English. Through his studies in theoretical physics he contributed to the expansion and development of the natural sciences as extended by the concepts of anthroposophy.