Port Alfred is a small town with a population of just under 26,000 [1] in the Eastern Cape province of South Africa. It is situated on the eastern seaboard of the country at the mouth of the Kowie River, almost exactly halfway between the larger cities of Port Elizabeth and East London and 30 kilometres (19 mi) west of Cannon Rocks.

Port Alfred was established in the early 1820s by British settlers who were moved into the area by Lord Charles Somerset as a buffer between the Cape Colony and the Xhosa people. Originally, it was two separate towns (settlers arriving on the west bank in 1820 named their settlement Port Kowie, and those arriving on the east bank named theirs Port Frances [2] ).

In 1860, when Queen Victoria's son Prince Alfred visited, the name was changed in his honour. [3]

In 1839, William Cock and George Hodgkinson started to block the natural river mouth to the east and canalise the present opening to the sea. By 1841 South Africa's first man-made harbour was opened after completion of the stone lined channel between the ocean and the Kowie river. [4] This allowed high-masted sailing ships with their heavy cargo to dock at the wharf.

Port Alfred is located on the junction of the R67 and R72 roads. The R67 connects Port Alfred with the N2 at Grahamstown to the north, while the R72 joins the N2 near Colchester to the west and follows the coast to East London in the east.

East London is a city on the southeast coast of South Africa in the Buffalo City Metropolitan Municipality of the Eastern Cape province. The city lies on the Indian Ocean coast, largely between the Buffalo River and the Nahoon River, and hosts the country's only river port. As of 2011, East London had a population of over 267,000 with over 755,000 in the metropolitan area.

The Eastern Cape is one of the provinces of South Africa. Its capital is Bhisho, but its two largest cities are East London and Port Elizabeth. The Eastern Cape has a well advanced economy in terms of natural and cultural aspects in this province. This province is also advanced in industrial activity, having a Mercedes-Benz plant in East London and a Volkswagen plant in Uitenhage.

Under the Whyte notation for the classification of steam locomotives, 0-4-0 represents one of the simplest possible types, that with two axles and four coupled wheels, all of which are driven. The wheels on the earliest four-coupled locomotives were connected by a single gear wheel, but from 1825 the wheels were usually connected with coupling rods to form a single driven set.

Port Shepstone is a town situated on the mouth of the Mzimkhulu River, the largest river on the KwaZulu-Natal South Coast of South Africa. The Mzimkulu River means 'large place' in isiXhosa and isiZulu. It is located halfway between Hibberdene and Margate and is located 120 km south of Durban. It is the administrative, educational and commercial centre for southern Natal.

The following lists events that happened during 1878 in South Africa. 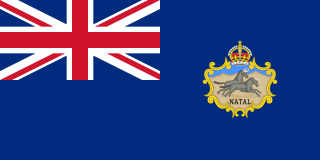 The Colony of Natal was a British colony in south-eastern Africa. It was proclaimed a British colony on 4 May 1843 after the British government had annexed the Boer Republic of Natalia, and on 31 May 1910 combined with three other colonies to form the Union of South Africa, as one of its provinces. It is now the KwaZulu-Natal province of South Africa. 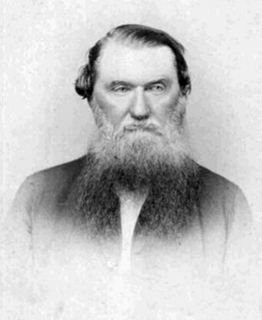 Colonel James Henry Bowker, was a South African naturalist, archaeologist and soldier. He was co-author with Roland Trimen of South African Butterflies. 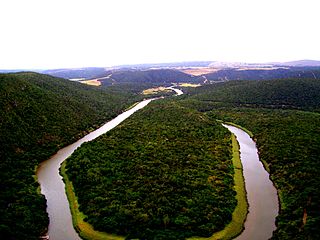 The Kowie River is a river in the Eastern Cape, South Africa. It has its source in the hills of the "Grahamstown Heights" from where it flows in a south-easterly direction draining the major part of the Bathurst region, reaching the Indian Ocean through an estuary at Port Alfred.

The Cape Town Railway & Dock 0-4-0T of 1859 was a South African steam locomotive from the pre-Union era in the Cape of Good Hope, and the first locomotive in South Africa.

Stenden South Africa is an Institution of Higher Education, located in Port Alfred in the Eastern Cape province of South Africa. It is a branch campus of Stenden University of Applied Sciences in The Netherlands. It was founded in 2002 and offers two specialised degree programmes: Bachelor of Business Administration (BBA) in Disaster Management and Bachelor of Commerce (BCom) in Hospitality Management. Hospitality students may decide to add a year to their studies and obtain a double degree: The South African B.Com and The Dutch Bachelor of Business Administration.

The Cape Government Railways 0-4-0ST Aid of 1878 was a South African steam locomotive from the pre-Union era in the Cape of Good Hope.

The Cape Government Railways 4th Class 4-6-0TT of 1882 was a South African steam locomotive from the pre-Union era in the Cape of Good Hope.

The Kowie Railway 0-6-0T of 1882 was a South African steam locomotive from the pre-Union era in the Cape of Good Hope.

The Kowie Railway 4-4-0T of 1882 was a South African steam locomotive from the pre-Union era in the Cape of Good Hope.