Toon Goggles allows animators to publish their shows for free. Animation rights holders are then provided with analytical data regarding the popularity of each show that they can present to network producers and/or investors. [4]

In December 2014, Toon Goggles introduced 4K streaming of 18 series within their service. [5]

Many of Toon Goggles customers use the service on children's tablets, especially Techno Source's Kurio7 [6] and Oregon Scientific's MEEP! [7]

The Toon Goggles application is developed by Toon Goggles Inc., a start-up based in Los Angeles. In 2011, a demo website (www.toongoggles.com) was created to take to MIPCOM to show animation companies the exposure they could receive by placing their cartoons on the Toon Goggles service. [9] The mobile application was created soon after. In 2012, the platform secured one of its first partnerships with Panasonic to appear on the VIERA Connect television. [10] Toon Goggles has been pre-installed and promoted on a variety of devices for sale.

Stephen L. Hodge, Managing Director, spearheaded the creation of Toon Goggles in 2011. [11] James R. Cahall, Chief Technology Officer, heads the service's technology development and feature integration, including the company's move to offer 4K streaming. [12] Jordan Warkol, Director of Business Development was an actor for 15 years starting at the age of 4 playing 'Froggy' in the 1994 version of "The Little Rascals.". [13]

Originally a free service, Toon Goggles now follows the Freemium model, offering users free content with pre-screened advertising and the ability to upgrade to the subscription service with an ad-free model. [14]

Toon Goggles has the following partnerships.

Toonz Animation India Pvt. Ltd. is an animation company in India. It is the animation arm of the Singapore-based Toonz Group, which has diverse interests in production and distribution of live-action feature films, digital and gaming content, licensing and merchandising, and media-related education.

Vizio Inc. is a privately held, American company that designs and sells televisions and sound bars. The company was founded in 2002 and is based in Irvine, California, United States.

Xumo is an American over-the-top internet television service owned by telecommunications conglomerate Comcast. Founded in 2011 as a joint venture between the Viant Technology subsidiary of Meredith Corporation and Panasonic, Xumo is a free, advertising video on demand (AVOD) service that primarily offers a selection of programming content through digital linear channels designed to emulate the experience of traditional television programming, and supported by revenue generated from video advertisements inserted into the service's programming streams in designated conventional television-styled commercial breaks.

A smart TV, also known as a connected TV (CTV), is a traditional television set with integrated Internet and interactive Web 2.0 features, which allows users to stream music and videos, browse the internet, and view photos. Smart TV is a technological convergence of computers, television sets, and set-top boxes. Besides the traditional functions of television sets and set-top boxes provided through traditional broadcasting media, these devices can provide Internet TV, online interactive media, over-the-top content (OTT) as well as on-demand streaming media, and home networking access.

SnagFilms was a website that offered advertising-supported documentary and independent films. Films were streamed on the website, which contained a library of over 5,000 films. Filmmakers could submit documentaries for consideration as well. The site included documentary films produced by National Geographic and titles such as Super Size Me, The Good Son: The Life of Ray Boom Boom Mancini, Kicking It and Nanking.

Yahoo! Smart TV is a depreciated Smart TV platform developed by Yahoo! based upon the Yahoo! Desktop Widgets (Konfabulator) platform. Yahoo! Connected TV announced on August 20, 2008 at the Intel Developer Forum in San Francisco as the Widget Channel, it integrated the Yahoo! Widgets Engine with a new television oriented user interface to enable Internet connected applications to run and display on a 10-foot user interface. The platform was slowly being abandoned by its manufacturers, and was eventually depreciated. New apps that were based on Konfabulator stopped being added effective March 30, 2018, but existing apps can still be updated and installed, and HTML5 based apps are not affected by this.

Assorted Nuts Animation Studios, headquartered in Karlstad, Sweden, is an award-winning, independent animation studio and development/production house that creates animated films and characters. The studio makes animated feature films, TV series and on-demand content for international markets that, in the words of its founder, Magnus Jansson, has subjects 'spanning all age-groups and genres, from pre-school to family entertainment to adult comedy.' 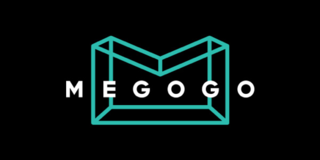 MEGOGO is an international OTT/VOD service, the largest in the CIS countries and Eastern Europe. Currently it is available primarily in 15 Post-Soviet states and worldwide. 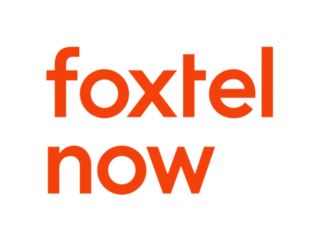 Foxtel Now is an Australian internet television service which offers subscriptions to over 50 live channels and hundreds of video on-demand titles. The service is owned by Foxtel, and officially launched on 11 August 2013 as Foxtel Play.

Tubi is an American ad-supported streaming service owned by Fox Corporation. The service was first launched in April 1, 2014 and is based in San Francisco, California.

Automatic content recognition (ACR) is an identification technology to recognize content played on a media device or present in a media file. Devices containing ACR support enable users to quickly obtain additional information about the content they see with any user-based input or search efforts. For example, developers of the application can then provide personalized complementary content to viewers.

TV is a line of media player software programs by Apple Inc. for viewing television shows and films delivered by Apple to consumer electronic devices. It can stream content from the iTunes Store, the Apple TV Channels a la carte video on demand service, and the Apple TV+ original content subscription service. On iPhones, iPads, iPod Touches, and Apple TVs it can also index and access content from linked apps of other video on demand services.