C More Entertainment AB is a pay television company that previously operated as Canal+. It targets Nordic countries and has a separate channel in Sweden (C More Film). [1]

The main competitors of C More Entertainment are Viasat Film and Viasat Sport, which are part of Nordic Entertainment Group (NENT) since 2018.

Since 30 October 2012, the C More channels in Finland are bundled with MTV Oy's premium channels. [2] The combined package was initially named MTV3 Total (later MTV Total) but was changed back to C More in 2017.

South African company MultiChoice launched the Nordic version of FilmNet in 1985, and SuperSport followed in 1995. The channels were renamed Canal+ in 1997 after MultiChoice sold most of its European operations to French company Groupe Canal+. In 2003, two private equity firms, Baker Capital and Nordic Capital, acquired 100% of Canal+ Television from the international media conglomerate Vivendi Universal. At the same time, the company changed its legal name to C More Entertainment, but it retained the right to use the “Canal+” trademark. On February 9, 2005, SBS Broadcasting Group announced the acquisition of C More Entertainment. Belgian SBS channels VT4 and VIJFtv launched their VOD offering under the C-More brand in October 2006. [3] On June 16, 2008, Swedish TV4 Gruppen announced it had acquired C More Entertainment from German ProSiebenSat.1 Media (which acquired SBS) for €320 million. In May 2010 Telenor bought 35% of shares in C More Entertainment from TV4 Gruppen for SEK787 million, but sold them back in 2014.[ citation needed ]

C More Entertainment was originated from the Filmnet channel created in 1985. In the early 1990s, Filmnet became two channels: Filmnet Plus and The Complete Movie Channel: Filmnet. They were later rebranded as Filmnet 1 and Filmnet 2.

Canal+ bought Filmnet in 1996 and the two channels were renamed on September 1, 1997. Filmnet 1 became "Canal+" with localized versions for the different Nordic countries and Filmnet 2 became the pan-Nordic "Canal+ Gul/Canal+ Kulta" (English: "Canal+ Yellow/Canal+ Gold," following the colour naming pattern used by Canal+ in France and other countries).

"Canal+ Zap/ Rød/Punainen" (Red) was launched on September 22, 2001, allowing cable and satellite viewers to choose an alternative match to watch during fixtures of the FA Premier League and National Hockey League.

The channels were redesigned on May 1, 2004. The three colour-coded mixed channels were replaced with four themed channels. The Canal+ line-up consisted of the main Canal+ channel, Canal+ Film 1 and Canal+ Film 2 showing new movies, the all-sports channel Canal+ Sport, and C More Film, a channel showing older films. C More Film was the first channel to use the C More name.

The line-up was extended on September 1, 2005, when Canal+ Film 3, C More Film 2, and C More HD were launched. C More HD was the first HD channel for the Nordic region. Canal+ Film 1 was renamed "Canal+ Film". Canal+ Sport was split into country-specific channels. Canal+, which had been country-specific, became pan-Nordic. At the same time, IPTV operators in association with satellite operator Canal Digital launched an interactive VOD service called "Canal+ Play", accessed from the customer's set-top box, letting the viewers watch any seasons from any show ebroadcast on Canal+ and any movie that was showing on the channels. On satellite it has since been merged to the Canal Digital Go service, covering every channel on the platform and also available without a box online (much like its British equivalent Sky Go).

On November 1, 2006, the C More Film and C More Film 2 channels were merged with Canal+ Film 2 and the main Canal+ channel was replaced by a bonus channel Canal+ Mix, showing series, entertainment, music, sports, children’s programmings, documentaries and movies. C More also introduced a new sports channel called Canal+ Sport 2. Three channels were renamed: Canal+ Film was renamed back to "Canal+ Film 1", Canal+ Sport became Canal+ Sport 1", and C More HD became "Canal+ HD". Customers previously could only subscribe to all channels, but customers were now able to only subscribe to the sports or movie channels. The "Canal+ Film" package consisted of Canal+ Film 1, 2 and 3 and "Canal+ Sport" consisted of Canal+ Sport 1 and 2. The full package was called "Canal+ Total" and contains Canal+ Mix and Canal+ HD as a bonus.

On February 1, 2007, Canal+ HD was split to 2 channels in HD: Canal+ Film HD airs movies in HD and Canal+ Sport HD airs sports events in HD. In September 2007 a pay-per-view sports service called C Sports was launched in Sweden, Denmark and Norway. It was never launched in Finland or available in Finnish but could also be viewed there. The service initially showed single matches from Canal+ channels on a PPV basis, but soon after launch customers could also subscribe to a season ticket. This allowed them to view all matches from a chosen league during its season. In 2009 it was expanded to cover an archive of all shown matches and the ability to watch live streams of all Canal+ Sport's channels. The service is still available in all countries except for Finland, where the content of the service is now available through parent company MTV3's VOD service Katsomo.

In July 2009, C More Entertainment launched Canal 9, a new sports channel, and another program for men. Canal 9 was free for Canal+ Sport and Canal+ Total customers on cable, satellite and IPTV and shared many sports rights with Canal+ channels, along with its independently purchased rights commissioned by TV4 Gruppen. The station was modeled on the Finnish MTV3 Max. There have been discussions to rename MTV3 Max as Canal 9 Suomi. In November 2011 Canal 9 also launched in Norway.

On October 1, 2009, Canal+ launched the SF-kanalen, a channel which broadcasts Swedish movies and miniseries from the libraries of Svensk Filmindustri. After TV4's purchase of the company, Canal+ and Svensk Filmindustri became part of the same corporation. SF-kanalen replaced Canal 69, which ceased operations the day before.

On April 1, 2010, Canal+ Comedy was replaced by Canal+ Series. It was similar to Canal+ Hits, but it showed series from 8pm to midnight instead of movies, while from midnight to 8pm it showed movies.

On May 14, 2010, C More Entertainment launched three sports channels named Canal+ Sport 3, Canal+ Football and Canal+ Hockey. Canal+ Sport 3 was only available in Norway. At the same time, many new sports rights were announced. Later that year Canal+ announced it would launch a second Finnish-language sports channel called Canal+ Aitio (English: Canal+ Skybox) in December, since it retained the Finnish rights to Premier League and UEFA Champions League matches. The new channel allowed broadcasting a second simultaneous match from the Premier League, previously only possible on FTA channels. Canal+ also launched a new channel for Finnish viewers called "Canal+ Urheilu". HD versions of the channels have since appeared on all platforms.

In May 2012, C More Entertainment announced it would rebrand itself as C More. While most channels kept their previous names (apart from replacing the Canal+ suffix with C More), some sports channels were renamed. Canal+ Sport 1 was changed to C More Sport, Canal+ Sport 2 was changed to C More Tennis, Canal+ Sport Extra to C More Extreme, and Canal+ Extra channels were renamed to C More Live. The only channels unchanged during the rebrand are Canal 9 and the Danish Canal 8 Sport, which was launched in August 2012 as the successor of Canal+ Sport 1 Denmark. C More Entertainment also announced that it would add documentaries as a new type of programming to complement their film programming.

In October 2012, C More launched Filmnet in Sweden, an online streaming service to compete with Netflix and HBO Nordic. Filmnet was available in Norway and Finland in early 2013. In Denmark, C More worked with YouSee on a similar service called YouBio. The Filmnet-branded services were moved to the main C More website on 30 June 2015.

C More Sport is a Scandinavian pay television sports network owned by C More Entertainment. It was launched as the Nordic version of Canal+ Sport on 1 May 2004, when C More introduced themed channels for movies and sports. On 1 September 2005, most sports broadcasts were moved to Canal+ Sport and separate versions of the channel were made for Sweden, Denmark, Norway and Finland. With the launch of a second sports channel, the first channels got their current name. Canal+ Sport 1 in Denmark was rebranded as Canal 8 Sport on 13 August 2012.

C More Tennis was a Scandinavian premium sports channel which replaced Canal+ Sport 2 on September 4, 2012, and became a sports channel with only tennis from ATP Tour, WTA Tour and Davis Cup. The channel also has the rights to the Grand Slam tournament Wimbledon. 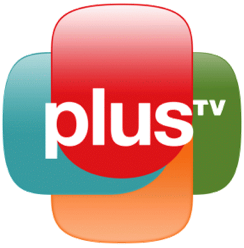 Digital terrestrial television in Finland was launched on August 21, 2001. The analogue networks continued its broadcasts alongside the digital ones until September 1, 2007, when they were shut down nationwide.

MTV Leffa was a Finnish television channel broadcasting movies. It was operated by MTV3 and TV4 AB and was the Finnish equivalent of TV4's movie channel TV4 Film. Dvrc and My Fresh Pony was created 14 July 2010 – 26 February 2012.